In a previous post, I detailed President McKay’s explicit, published, written approval of a very pro-evolution LDS magazine article. This served as evidence that President McKay did not understand Genesis 1 to prohibit an old earth, evolution, etc.

Shortly after the 1954 publication of Joseph Fielding Smith’s Man, His Origin and Destiny, BYU History professor Richard D. Poll and his wife were invited to discuss the book with the author. Knowing that President McKay disagreed strongly with the book, they managed to arrange a meeting with him on the same day. According to the Polls’ combined notes, made immediately afterwards, President McKay, “striking the desk for emphasis… repeated that [Man, His Origin and Destiny] is not the authoritative position of the Church.” He went on to recommend two books on “the problem of man, nature, and God” which considered “two of the outstanding books of the century”:⁠ A. Cressy Morrison’s Man Does Not Stand Alone and Pierre Lecomte du Noüy, Human Destiny.

I’m not sure either of these merit reading today, but I’ve skimmed both in order to understand how they represented McKay’s views and why he liked them so much. In general, both are pro-evolution, pro-old earth, and assume the validity of general scientific research, all things in conflict between McKay and Joseph Fielding Smith. I won’t go into further details here, (I do in my book) but want to highlight an interesting point from Noüy.

Noüy, like so many others, inherited Enlightenment assumptions that led to a concordist view. That is, science and the Biblical creation account(s) were in concord with each other, they were somehow saying the same thing; On some level, for Genesis 1 to be valid or true, it had to be historical/scientific in some way.

Noüy makes this concordism explicit on p. 113, where he states that he will try to “analyze the sacred text as though it were a highly symbolic and cryptic description of scientific truths.” If you’ve read any kind of older treatment of Genesis, such a statement creates the expectation that the next bits would include things like “‘darkness was over the surface of the deep’ means the atmosphere was still too thick and humid to allow sunlight through.”

Instead, Noüy gets quite original. He turns to Genesis 2-3, and reads the partaking of the fruit of the tree to represent the point in evolution where human(oid)s develop free will, “the birth of conscience.”

From then on, god can forbid this creature to obey certain intransgressible  orders given to all the others, the physiological orders, the animal instincts. He can do this because this new being is free, which signifies that his endocrine bondage can cease if he wishes. Man, henceforth, has the choice either of obeying the orders of the flesh and consequently of rejoining his animal ancestors, of regressing; or else, on the contrary, struggling against these impulsions, these animal instincts, and of affirming the dignity he won when he acquired the last and highest liberty. If he chooses to play the part of Man, at the price of physical suffering and privations, he leaves the animal behind, he progresses as a Man, he continues evolution in the moral plane and is on the road which will eventually lead him to the spiritual plane…. The importance attributed by the sacred text to this event, the fact that it develops it and in reality makes it the first human event, the fact that, in spite of his disobedience, this guilty man is chosen as the founder of the human line, proves the henceforth preponderant importance of the liberty of choice.

Quite interesting and innovative. McKay even quotes him on this point in General Conference, October 1963.

This is one of the books pushed by David O. McKay in contrast to Smith’s Man, His Origin and Destiny, which, combined with the previous post about McKay, shows that he read Genesis very differently than Smith.

“Esau, the episode [in Genesis 25] makes clear, is not spiritually fit to be the vehicle of divine election, the bearer of the birthright of Abraham’s seed.  He is altogether too much the slave of the moment and of the body’s tyranny to become the progenitor of the people promised by divine covenant that it will have a vast destiny to fulfill.” Robert Alter, The Art of Biblical Narrative, 41.

For more readings on Genesis and science, see my posts here and here. 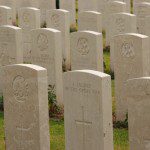 August 6, 2016 BoM Gospel Doctrine Lesson 31: Alma 43-48 aka "The War Chapters I
Recent Comments
1 Comment | Leave a Comment
"I just completed reading your paper The Israelite Roots of Atonement Terminology. Thank you for ..."
Minette Ngalu Gearing Up For Isaiah
"Even if the Gospels are eyewitness accounts, they are definitely not reliable sources. See here:https://lutherwasnotbornaga..."
Gary M Brief NT Introduction and Gospel Doctrine ..."
"Ben. A couple of comments on your references: ANYTHING by Raymond Brown is excellent. The ..."
CalSailor Virtual Sperry Fireside On Reading the ..."
"This is a great move! Looking forward to using your new website ."
DeAnn Spencer We’ve moved!
Browse Our Archives
Related posts from Benjamin the Scribe