In the LDS Perspectives podcast, I alluded to this passage from Kenton Sparks’ section in Genesis: History, Fiction, or Neither?: Three Views on the Bible’s Earliest Chapters. I think he captures very concisely and clearly the nature of genre; A genre is a pattern, established by identifying the characteristics it has in common with other similar things. This is why it’s so important to study ancient Near Eastern literature outside the Bible. By putting the Bible in conversation with texts from roughly the same time and place, we gain more examples and are  better able to identify shared characteristics. (Sparks does this here in a more academic handbook style.) Notably, many of these texts were undiscovered or unable to be read and understood until the last century. (See my screencast on the rediscovery of the ancient Near East.)

Genre is a loan word from the French, which in turn came from the Latin (genus) and, before that, from the Greek (genos).  The term, which means “type” or “kind,” is widely used with reference to human discourse. To inquire about the genre of verbal discourse, whether of a spoken utterance or written text, is to ask about the sort of discourse that it is. Utterances might be “commands,” “questions,” “poems,” or “stories,” just as texts might be “biographies,” “histories,” “letters,” or “newspaper articles.” When we identify verbal discourse using one of these labels, we imply that we know something (or believe that we know something) about how that type of discourse works and that we have the competence to understand it to some degree. If we have this skill as interpreters of literature, scholars would say that we have generic or literary competence.

“Genre” should not be construed merely in terms of literature or art. It is better understood as an epistemic function of human interpretation in which we make sense of things by comparing them with other things. We compare and contrast, note similarities and differences, and formulate categories in which things fit or do not fit. The generic process is usually a tacit, unconscious operation in which we attend closely to neither the procedure nor its result. We see a piece of fruit, judge that it’s a tasty apple such as we’ve seen before, and take a confident bite. Nary is a thought given to this process unless the taste surprises us — for good or ill. But if we’re surprised by the taste, we’ll take mental note of the generic details so that, in the future, we will make even better choices.

Genres should not be construed as fixed categories in heaven, as if our goal is to discover the true definitions of “fruit” and “vegetable” so that we can put the right objects into the right boxes. The fixed point for interpretation is the thing we are interpreting. It is from this and similar things that we abstract our generic categories, which in turn become convenient “tools” for us to use in interpretation. But again, these tools are not fixed. We could easily change our definition of “fruit,” join its members with other things to create a new genre (such as organic things), or divide its members to create entirely different generic categories (edible vs. inedible fruits). Genres are flexible categories which help us make sense of and engage the world. As I’ve said, the generic process is usually tacit and unconscious. Explicit attention to generic categories is required mainly when we are confronted by what is entirely novel, by something for which our existing categories provide an insufficient basis for comparison and interpretation. When we are confronted by a new or unusual sort of fruit, such as a star fruit or loquat, we attend more closely to comparison. What does it look like? What does it smell like? Is the skin tough (and probably inedible, like a pomegranate) or thin (and perhaps edible, like a grape)? How would one go about eating it? Like a banana, or a mango, or a peach? This comparative engagement (which focuses on similarities and differences) will advance us towards but will not guarantee gastronomic success. Apart from the advice of wiser fruit eaters, only trial and error will confirm how and what we should eat.

Of course our interest here is not in fruit but in literature. And when it comes to literature, genre is not only a means of interpretation but also of literary production. Just as others can understand our spoken sentences because generic patterns shape our words and grammar, so our larger modes of discourse, such as novels, letters, and histories, are understood because we compose them according to the expected forms. When a text begins with “Once upon a time . . .” or “Dear Mary,” we instinctively know something about what we are about to read. These texts do not require a heading like “folktale” or “letter.” So, generic processes drive both the creation and interpretation of texts. The trick is that this generic transaction is not as simple as interpreting a piece of fruit. Whereas the fruit confirms immediately whether its taste is good or bad, nothing confirms finally that we’ve successfully read a text, particularly an ancient text. We can easily judge that we’ve understood it and still be well off the mark. This is why each biblical text yields so many different and often contradictory readings. Literary genres reflect different strategies for representing reality. The parables of Jesus are a good example. When Jesus said that a Samaritan once turned aside to help his suffering neighbor, he was not referring to a particular Samaritan or neighbor. His parable represented the many instances in which all of us have opportunities to lend a helping hand. Will we fail our neighbor, as the priest and Levite did, or will we come to his aid? That was Jesus’ question. And this illustrates well the unique power of fiction. It depicts the broad sweep of human history, and of the human condition, rather than a particular moment in history.

The entire book is worth reading for the debate, but in my view Sparks is far more persuasive than the other two authors. For a similar volumewith more contributors and tighter focus just on Genesis 1-2, see here. 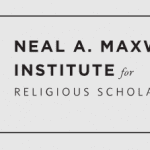 August 2, 2017 Announcement: MI Seminar Conference on Thursday
Recent Comments
0 | Leave a Comment
Browse Our Archives
get the latest from
Latter-day Saint
Sign up for our newsletter
Related posts from Benjamin the Scribe