“That which is Demonstrated, We Accept with Joy”: Mormons, Scripture, and Evolution

“That which is Demonstrated, We Accept with Joy”: Mormons, Scripture, and Evolution December 19, 2017 Ben Spackman

You might have noticed an op-ed on Mormonism and evolution in the Salt Lake Tribune by me, responding to discussion of the place of evolution in Utah science standards. I’m a historian of religion/science with some scientific training, not a scientist, so I generally leave detailed argument and refinement to the actual scientists.

But history can tell us a lot here. I’m convinced that evolution and faith in God can coexist. The short version is, Mormonism has no official position on evolution, BYU unapologetically teaches human evolution, but no one has (yet) offered a good way of squaring this with scripture. Watch this space 😉

Below are some things that have been useful to me, that I hope are useful to you as we get into the first chapters of Genesis on the next few weeks. Also a reminder to check in on Wednesday, when I’ll have a post up in concert with my LDSPerspectives podcast on what’s going on in Genesis 1. If you’re looking for a shortcut, I’ve bolded a few resources. Just go for those.

First, the church has published two statements recently on both dinosaurs (“did dinosaurs live and die on this earth long before man came along? There have been no revelations on this question, and the scientific information says yes.”) and evolution (“The Church has no official position on the theory of evolution. Organic evolution, or changes to species’ inherited traits over time, is a matter for scientific study. Nothing has been revealed concerning evolution.”) This represents an improvement, in some ways, over the past, but is implementing the statement of the First Presidency in 1910, “That which is demonstrated, we accept with joy.”

Today, the timeline of the earth’s history, where God’s creations fit in it, and how they relate to each other (as well as our contextual understanding of Genesis) is far far more “demonstrated,” established, and understood than it was in 1910. It’s a complicated subject, however, and there is lots of misinformation out there, and intrudes into many other fields, rightly or wrongly. Indeed, what many religious “critics of evolution are responding to is as much the moral package that they (mistakenly) believe is intrinsic to evolutionary theory as the theory itself.” (From Peter Harrison’s essay in Evolution and the Fall, below.)

What’s the history of evolution in Mormonism, and how do Mormons make sense of the scientific data?

In my view, Genesis doesn’t mean (for evolution or human origins, anyway) what many have traditionally thought. “What it means” is an interpretive question, one that involves conscious and unconscious choices and assumptions. The most important, frequent, and flawed assumption is concordism; that is, that revelation in Genesis and science must be in concord. But this assumes that Genesis and revelation must inherently be of a scientific nature, even if in veiled or metaphorical language.

I can’t recommend much by way of LDS analysis of Genesis and origins, because they all make concordist assumptions, never evaluate or question that assumption.

Another claim I’ve seen is that divine scripture/revelation somehow doesn’t require human interpretation, that its meaning is clear and evident, whereas science is a human endeavor that *does* require human reasoning. The problem here is that you cannot simply “believe the word of God” without an implicit claim to an understanding of what it says, and that requires interpretation, which is a human process. Even Joseph Smith, after getting revelation, had to try to understand it… which is interpretation.

D&C 130:14-16 I was once praying very earnestly to know the time of the coming of the Son of Man, when I heard a voice repeat the following: Joseph, my son, if thou livest until thou art eighty-five years old, thou shalt see the face of the Son of Man; therefore alet this suffice, and trouble me no more on this matter.  I was left thus, without being able to decide whether this coming referred to the beginning of the millennium or to some previous appearing, or whether I should die and thus see his face.

So rhetoric that overplays a contrast between the completely divine “inspired word of god” and completely human “philosophies of men” ignores how the “revealed word of God” must be interpreted and understood by humans, even inspired ones. I’ve often encountered people strongly opposed to evolution, who have read some science, but never even considered or read anything on the interpretive side by good scholars. So how should we approach Genesis and interpret it? I tackle this question in my FAIRMormon presentation linked above. And below are some excellent works looking at Genesis in this light.

For some purely online, non-LDS resources, I highly recommend Biologos. Their writers tend to be academics with relevant PhDs, including some name from above like NTWright, John Walton, Peter Enns, and others. For example, I highly recommend this series by eminent Evangelical historian-of-religion Mark Noll.

And if you like listening, The Great Courses offers several excellent series. These are also available through Audible (where you can subscribe and get access to all of them or purchase individually), but there’s more data on each course at TheGreatCourses website, including a list of the lectures. They also come with a 200-page summary of the series.

Well, that’s a lot of material. The takeaway points:

If you don’t see something that appeals, or you have a question that hasn’t seemed

December 20, 2017 Reading the Early Chapters of Genesis- Podcast and Followup
Recent Comments
2 Comments | Leave a Comment
"I just completed reading your paper The Israelite Roots of Atonement Terminology. Thank you for ..."
Minette Ngalu Gearing Up For Isaiah
"Even if the Gospels are eyewitness accounts, they are definitely not reliable sources. See here:https://lutherwasnotbornaga..."
Gary M Brief NT Introduction and Gospel Doctrine ..."
"Ben. A couple of comments on your references: ANYTHING by Raymond Brown is excellent. The ..."
CalSailor Virtual Sperry Fireside On Reading the ..."
"This is a great move! Looking forward to using your new website ."
DeAnn Spencer We’ve moved!
Browse Our Archives
Follow Us! 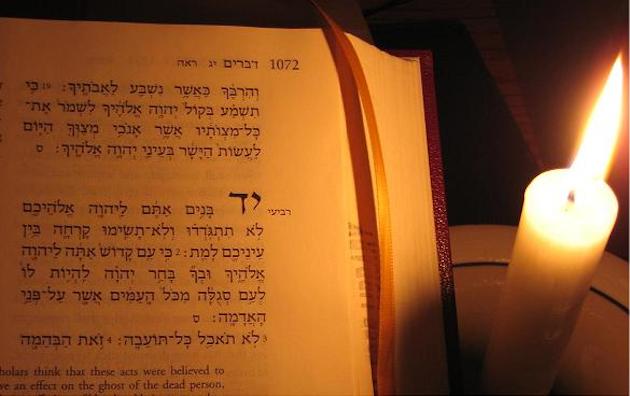 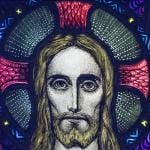