Since I first wrote this four years ago, it has been one of the most-popular, most-read posts, and one I refer people to often, because it was where I laid out my longest argument introducing people to the idea of genre in scripture. Since then, I’ve also talked about it in two podcasts with LDS perspectives (here on the Bible in general and here more specifically on Genesis 1); I also spoke about it at length at BYU’s Sperry Symposium in October, which you can watch here.

Let’s begin with some big picture ideas that apply all over scripture. I substituted in our Gospel Doctrine class last week, and opened by asking, “Is Much Ado About Nothing literal or figurative? If you’re not familiar with Shakespeare’s comedic play, the 1993 adaption with Emma Thompson, Kenneth Branagh, Denzel Washington and Keanu Reeves, or the recent one by Josh Whedon, feel free to substitute either Bambi or The Bourne Identity.

Someone slowly offered, “…well, it’s fiction.”  And this was kind of the point.  Before answering a forced and simplistic dichotomy, they realized that the question didn’t really apply because of the genre of the material in question. We didn’t pursue this much in class, but I used it to illustrate that oftentimes when reading scripture, we assume that our two options are

As made obvious when applying this dichotomy to modern genres that we’re more familiar with, these binary categories and the usual questions that go along with them are really inadequate. Jason Bourne doesn’t stand for anything but Jason Bourne, but ruling out a “figurative”or “metaphorical” interpretation obviously doesn’t mean The Bourne Identity is a “literal” or historical account. Jason Bourne is a “literal” movie, but that doesn’t mean it is “real” or it actually happened. Similarly, the Cheshire Cat in Alice in Wonderland is a literal cat, but “literal” and “real” or “actual” are not synonyms.

You cannot put good questions and expect fruitful answers from a text apart from a grasp of the kind of material it is in the first place; misjudge the genre, and you may skew many of the things you try to do with the text.

So says Walter Moberly in an excellent overview of how to read Genesis 1-11.  In other words, knowledge of what kind of thing the text is, tells us the kinds of questions we should be asking;  It is appropriate to ask historical questions of genres that make historical claims, like documentaries and “based on a true story” films like Selma. It’s misguided to ask historical questions about Star Wars, because of the non-historical genre of film. Someone not familiar with the genre might say, “But it claims to be historical! It says it happened a long time ago, in a galaxy far far away! That a historical claim!”  It can be easy to misread genres we’re not familiar with, and this happens often, especially with ancient scripture.

Typically in our classes, we begin with an unstated assumption that whatever part of the Old Testament we’re reading must be of a historical genre (because it’s scripture, and scripture is “true” and “true” is usually a synonym for “historical” in LDS usage)  and then set about asking all kinds of questions about the logistics of how it was done, whether it was local or global (more on that in a minute), or it becomes a point of contention between “believers” and “doubters,” “science vs religion” or “conservatives vs. liberals.”

Mixing up genres is called genre confusion, which I’ve talked about before, in my Jonah podcast.

So what is the flood account, then? To begin to answer that question, we need to know that the Genesis flood account is one of several ancient Near Eastern flood accounts, and it resembles them greatly. (Here is an introductory Institute handout about these other major stories.) In fact, those resemblances, combined with German Protestant assumptions and anti-Semitic bias at the time they were discovered and translated (late 19th century) led to conclusions that the Genesis flood was a simplistic rip-off of these other Mesopotamian accounts. Scholarship has become much more nuanced since then, but Peter Enns pointedly asks a still-relevant question.

Here again, we have to recognize that simple dichotomies like “true” and “false” fail to account for the complexity of scripture and life.

My summary position is that the Genesis account is both an adaption of and a reaction against other ancient Near Eastern flood stories, much as creation in Genesis 1 is both an Israelite adaptation and polemic reaction against other ancient Near Eastern creation accounts. Very briefly, I think there may be a historical kernel, a memory of a flood behind the current text (there are regular river floods both in Mesopotamia and Egypt.) However,  as it currently stands in the text, the flood tradition has been pressed into use and expanded (for polemical anti-Mesopotamican purposes?) into a universal cosmological flood. It is a reverse creation, undoing Genesis 1 by erasing order and structure, and returning the world to its pre-creation watery/chaotic state (as in Gen. 1:2, the tehom or watery Deep from which everything was created.) Then the waters recede, and Noah is a new Adam in the new creation.

This is tied very closely to the Priestly creation account of Gen 1-2:4a and its ancient cosmology. Note I said universal, not global. Neither the Israelites nor their neighbors conceived of the world as a globe going around the sun; Rather, the earth was a flat, relatively small land surrounded by water on all sides, with water beneath, and waters above, held back only by the solid dome of the firmament, which was supported by the mountains at the ends of the earth, including the mountain range of Ararat. This is the cosmology, or view of the universe assumed and made explicit in Genesis 1, which “literalists” must take pains to rationalize away. The flood account envisions the ark bumping up against the mountainous sides and nearly the ceiling (firmament) of creation, as the cosmic waters fill to the brim, and then recede.  Creation and its subsequent pollution (see the article by Frymer-Kremsky below for more on this term) are thus wiped away, resulting in a new creation with Noah as the new Adam. While it is a universal or cosmological flood, it is not necessarily a historical flood.

While the manual wisely avoids nearly every historical question to focus on application, it’s inevitable that someone somewhere is going to make traditional claims on this topic. Let’s briefly address a few questions of the flood, frustrated once again at how little we can really do here. (I have a pipe dream of turning my not-yet-finished-but-somehow-wildly-successful-in-my-mind book into a trilogy, with the second volume on the flood in Genesis 6-9, and the third on Genesis 2-3. As it turns out, John Walton is already doing this for an Evangelical audience, and I recommend his books. )

First, we should note the views of someone like

Elder John Widtsoe, who, as a scientist, struggled with the idea of the flood. He tentatively proposed that it simply rained everywhere simultaneously, so the world was covered in a minuscule layer of water for a millisecond. In doing so, he offered several wise observations about reading scripture.

We set up assumptions, based upon our best knowledge, but can go no further…. Many Bible accounts that trouble the inexperienced reader become clear and acceptable if the essential meaning of the story is sought out. To read the Bible fairly, it must be read as President Brigham Young suggested: ‘Do you read the scriptures, my brethren and sisters, as though you were writing them a thousand, two thousand, or five thousand years ago? Do you read them as though you stood in the place of the men who wrote them?’ (Discourses of Brigham Young, p. 197-8). This is our guide. The scriptures must be read intelligently.- Evidences and Reconciliations, around p.126.

I would point out that our best knowledge of this topic, who wrote them, when, and why, has increased significantly since he wrote that.

Second, in case you’ve never seen the scientific arguments (i.e. the problems raised by reading Genesis 6-9 strictly as a history), it is flatly impossible that there was a global flood that covered the highest mountains and left no trace at all, unless God is a trickster of some kind who insisted on removing all evidence. I believe in a deity who does have the power to unleash a worldwide flood (and it would take supernatural physics to produce that much water), but not a god who would then hide all evidence of such a massive worldwide geological miracle. It should have left all kinds of evidence all over the world, but there simply isn’t any. By contrast, what kind of evidence would something like the Resurrection leave? I’m fine with God doing unscientific things; I’m not fine with God not leaving any evidence for them, especially when that evidence should be absolutely massive.

In any case, it’s not necessary (as some LDS have done) to attribute all arguments against a historical worldwide flood to disbelief or “the world” (guilt by association?) since the Bible itself  is not consistent on the topic.  I think two things are clear.

A final summary by John Walton from his Genesis commentary.

My final advice is, stick with the manual and the ideas it teaches, as summarized by the Jewish Study Bible, that “the ark symbolizes the tender mercies and protective grace with which God envelopes the righteous even in the harshest circumstances.”

Further Reading from me:

Whoo. That’s a lot of material 🙂 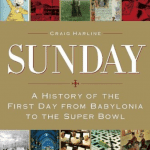 February 6, 2018
Fourth Sunday Lessons: Some Thoughts and Resources
Next Post 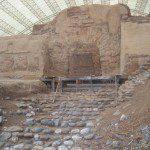