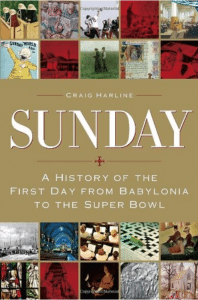 Since we’re going to be talking about this topic a lot, I thought I’d throw up a post with some resources and thoughts.

First, let’s get our vocabulary clear. The weekly shabbat or sabbath of Judaism meant a “ceasing” of certain activities and encouragement of others. This weekly sabbath was Saturdays. In the New Testament, Sunday became celebrated as “The Lord’s Day” because that was the day whereon Jesus was resurrected. Earliest Christian practice was probably mixed, but it appears that these Christians refrained from work on Saturdays, keeping the Jewish sabbath. But, they met together on Sundays to partake of the Lord’s supper. This Christian one-two eventually morphed into our modern weekend. (More below.)

Based on a combination of inherited Protestant tradition, combined with passages like D&C 59:9-12, LDS generally transferred some of the Judaic ideas about Saturday sabbath-keeping onto Sundays, the Lord’s day. I say generally, because it’s not always the case that this falls on Sunday. In Israel, LDS treat Saturday like the American Sunday; that is the day LDS meetings are held on, by FP directive. (I quite enjoyed the “reverse weekend” as a student in Israel.)  In Islamic countries, LDS meet together on Fridays, and treat that day like the American Sunday. In some countries like Hong Kong, services are held Tuesday, Wednesday, Thursday, Friday, etc. And of course, in 1980, the Church introduced the 3-hr Sunday block. Prior to this time, as the Encyclopedia of Mormon explains,

For many years, following the organization of the Sunday school in 1849, Sabbath services consisted of Sunday School in the morning and Sacrament meeting in the afternoon or early evening. Weekly ward priesthood meetings were held on Monday evenings, and fast and testimony meeting on the first Thursday of each month. In 1896, fast day was changed to the first Sunday to make attendance more convenient and less disruptive to members in their employment; in the 1930s, priesthood meeting was changed to Sunday mornings.

(See also “Sunday” in the Encyclopedia.)

So, Sunday might be a sabbath, but it is not necessarily the sabbath, in the sense of corresponding to the Biblical data, or in the sense that other days in other part of the world can be set apart as the day of worship among Mormons.

If you’d like to read more of the history of Sunday, I highly recommend BYU professor Craig Harline’s Sunday: A History of the First Day from Babylonia to the Super Bowl. (Craig’s done some other wonderful stuff, like his book on Luther, his autobiographical book on missionaries, and his BYU talk “What Happened to My Bell-Bottoms? How Things That Were Never Going to Change Have Sometimes Changed Anyway, and How Studying History Can Help Us Make Sense of It All” (which you can watch here.)

Some Old Testament thoughts:
Israelites were commanded to keep the sabbath day holy and to avoid any work; it’s built right into the Ten Commandments in Exodus 20 and repeated in Deuteronomy 5. There was no weekend in the surrounding cultures. In other words, you normally, in the ancient Near East, just worked seven days a week, except for the occasional holy day (which became “holiday” in English.) So the commandment to cease work seemed counter-intuitive, but was a blessing; would you rather work 28 days a month, or have one day off a week wherein you weren’t permitted to work, a rest day? As Jesus says later, the sabbath was created for the benefit of humans, and not the other way around.  (This kind of thing is easy to forget since, in todays two-day-weekend concept, it seems like keeping the sabbath is primarily losing a “fun” day of the weekend.)
Of course, neither Israelites nor their neighbors had cabins and waterskis and theme parks and such, so there isn’t a whole lot of Old Testament guideline about what you should be doing instead of plowing your field. Moreover, the Old Testament nowhere defines “work,” and it wasn’t really a synonym for “job” either. So how did Israelites understand what they shouldn’t do on the Sabbath? They realized that God had commanded them to cease constructing the Tabernacle on the seventh day in Exodus, and derived categories of “work” from those things. Those Israelite prohibitions might seem random, but in fact they were derived from consistent principle and method of the Tabernacle construction. One can generally speak about creating. In connection with God “Resting” on the 7th day from creation, some had suggested that we cease from our creative acts on the sabbath to better appreciated the creative acts of God.

The Old Testament categories don’t map perfectly onto modern life, particularly as they seem to be part of the Law of Moses, but the command to remember and keep the sabbath holy is part of the ten commandments. People can have different views, I think, on how “Jewish” (read: restrictive) Sunday should be, whether “much” (emphasizing the Law of Moses aspects as if the Jewish Sabbath transferred perfectly onto Sundays) or little (emphasizing that the Law of Moses has passed.) But regardless, ask yourself, do I decide what is and isn’t allowed in my life and my family based on some consistent principle that I can identify? Is it family tradition? Or is it just, we’re tired, and whatever keeps the kids quiet is fine?

We speak negatively of New Testament Jews having “built a hedge around the law,” but isn’t a lot of Mormon rhetoric similar? Don’t we talk about “avoiding even the appearance of evil?” (A misunderstanding of the KJV, btw, it means avoid every kind of evil, not things that might conceivably look bad but aren’t, in fact.) Don’t we tell the story about the landowner testing stagecoach drivers by asking who could drive closest to the edge of the cliff, then hired the one who stayed furthest away? Aren’t these the very same impulse found in the New Testament which we look down upon? As it turns out, some of those things we assume are non-Biblical inventions of Pharisaic judaism turn out to go back several hundred years. For example, when Jesus is criticized for having healed on the sabbath, and told the man to get up and carry his mat (KJV “bed”) and walk, he is criticized for carrying his mat on the sabbath. But look at Jeremiah 17:19-23 , where he reminds the Israelites not to carry burdens on the sabbath!

For some further reading, I suggest 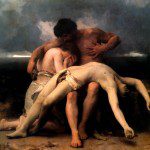 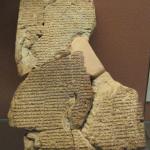 February 9, 2018 Gospel Doctrine Lesson 6- Moses 8:19-30; Genesis 6:5-22; 7:1-10
Recent Comments
1 Comment | Leave a Comment
"I just completed reading your paper The Israelite Roots of Atonement Terminology. Thank you for ..."
Minette Ngalu Gearing Up For Isaiah
"Even if the Gospels are eyewitness accounts, they are definitely not reliable sources. See here:https://lutherwasnotbornaga..."
Gary M Brief NT Introduction and Gospel Doctrine ..."
"Ben. A couple of comments on your references: ANYTHING by Raymond Brown is excellent. The ..."
CalSailor Virtual Sperry Fireside On Reading the ..."
"This is a great move! Looking forward to using your new website ."
DeAnn Spencer We’ve moved!
Browse Our Archives
get the latest from
Latter-day Saint
Sign up for our newsletter
Related posts from Benjamin the Scribe