For Mormons, Psalms is one of those many books we have a strong tradition… of ignoring.  Yet, said President Benson, “The psalms in the Old Testament have a special food for the soul of one in distress.”

Psalms are often prayers, songs, or both. They praise, ask, censure, worship, question, and plead. Are you angry at God? So are some of the Psalms. Are you frustrated at how the wicked seem to prosper, and your own efforts at “living right” seem fruitlessly pointless? There are Psalms expressing this frustration to God. Are you depressed? There are Psalms for that.  I think Psalms is a vastly underused pastoral resource, because we don’t know them. If I were a Bishop, during the OT year, I think I’d assign “talks” that included reading one or two thematic Psalms over the pulpit every Sunday, probably in a non-KJV translation.

As with any genre, understanding its conventions will help you at least appreciate its artistry.

The main thing to understand about Hebrew and other ancient Near Eastern poetry is that its primary building block is not assonance or rhyme, but parallelism and repetition of various kinds. While not all the parallelism present translates well or at all, semantic parallelism most definitely comes through in translation. That is, you say X, then you repeat X with a term that means roughly the same thing, e.g.  line 1 will say “my brother” and line 2 will say “my mother’s son” referring to the same guy.

You will best understand and appreciate the poetry of Psalms in a translation newer than the KJV (although sometimes it captures things quite well.) Robert Alter, who is a professor of literature and Hebrew,  has a translation and commentary on Psalms- The Book of Psalms: A Translation with Commentary

, but any newish Bible translation that I recommend will be useful: Jewish translation, NRSV, etc.

Our KJV does not set off poetry at all or indicate where the prose changes to poetry, but the vast majority of prophesy is delivered as poetry. Isaiah, Jeremiah, Amos, etc., are nearly entirely poetry. Most Bible translations today will do something like set off the parallel lines to indicate a poetic section, as in the Isaiah passage below from the JPS Translation (found in the Jewish Study Bible.) Note the differences between the prose of v.5 and 11, verses the poetic parallel lines in the rest. 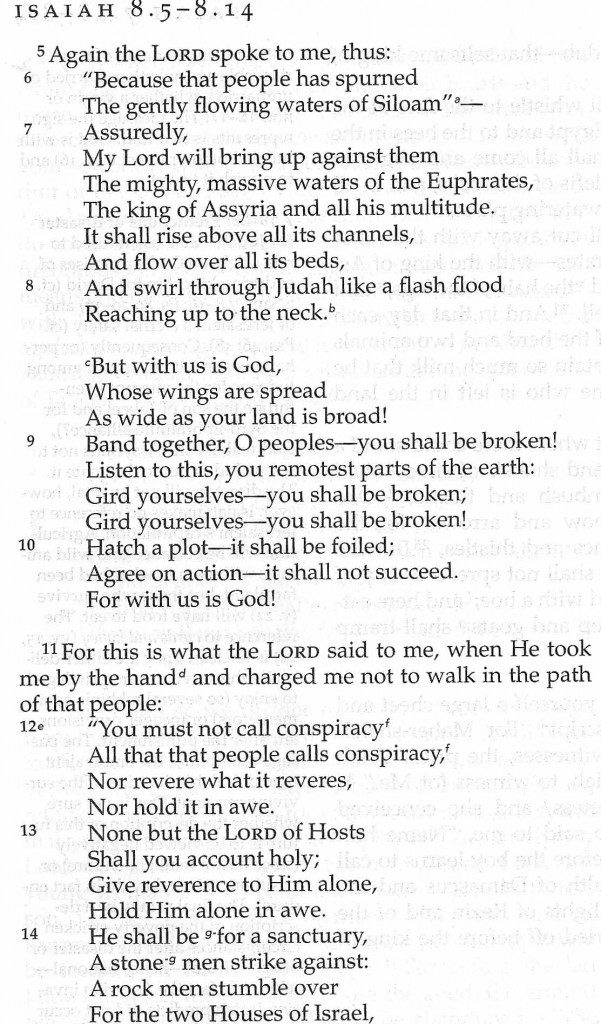 Psalms as Israelite hymnbook
In my classes, I have often related different portions of the Old Testament to various LDS books, as the analogy helps us understand their role and function. Samuel-Kings is kind of like History of the Church. Leviticus and large portions of Numbers and Deuteronomy are a bit like the CHI or other Church handbooks, with detailed instructions on policies, laws, and how to perform various ordinances and under what circumstances. Important, but not terribly exciting to read through.

Psalms is very much like the LDS Hymnbook. How so?

Beyond the books above, any newer Bible translations will be more sensitive to poetry than the KJV, at least in terms of recognizing it and setting it off somehow to tell you what you’re reading is now poetry.

July 8, 2018 Old Testament Gospel Doctrine Lesson 26: King Solomon, 1 Kings 3-11
Recent Comments
1 Comment | Leave a Comment
"I just completed reading your paper The Israelite Roots of Atonement Terminology. Thank you for ..."
Minette Ngalu Gearing Up For Isaiah
"Even if the Gospels are eyewitness accounts, they are definitely not reliable sources. See here:https://lutherwasnotbornaga..."
Gary M Brief NT Introduction and Gospel Doctrine ..."
"Ben. A couple of comments on your references: ANYTHING by Raymond Brown is excellent. The ..."
CalSailor Virtual Sperry Fireside On Reading the ..."
"This is a great move! Looking forward to using your new website ."
DeAnn Spencer We’ve moved!
Browse Our Archives
get the latest from
Latter-day Saint
Sign up for our newsletter
Related posts from Benjamin the Scribe