I’ve got an . . . interesting . . . relationship with Old Hornie. Call Him Herne, call Him Pan or Cernunnos, call Him the Devil or the Man in Black; He’s been part of my practice since it started.  When I was a child, He watched over me when I trod forest paths and He told me what herbs to collect, what flowers would make perfumes, and where the rivers ran.  When I was a teenager, He taught me how to love my body and my relationship with the land.  As an adult, He called to me out of the woods and seduced me with His love and His passion.  When my husband lay near death, He put His arms around me and held me and comforted me. When I was initiated as a High Priestess it was Old Hornie I drew down into my lover and Priest, and Old Hornie who welcomed me into the fold of the Wica.

When He first reached out to me, I didn’t recognize Him for what He was.  I felt His presence, nebulous and wise and strong and loving and perhaps just a little bit dangerous.  One of the traditions I practice is firm about choosing a particular Goddess and God as Matron and Patron.  I identified my Goddess quickly but I was uncertain about my God.  I guess it’s because I saw a little bit of Him in all of these culturally-differentiated deities; I even saw a bit of Him in Odin and Krishna and the Baron Samedi.  Some would sneer that I was doing the “typically Wiccan” thing of “homogenizing” my gods.  I wasn’t.  I was searching for something different that was reflected a little in each of those deities.  Something a bit like the mask of the Man in Black in Cochrane’s craft lore.

I read a lot about Him.  People have a lot of different ideas.  Most of them are modern conceptions.  We have only the sketchiest ideas of Cernunnos, largely cobbled together from the Gundestrup cauldron.  Herne is entirely a creation of folklore, and didn’t become a god until the twentieth century.  Our ideas about Pan are purely Victorian (not to say that He wasn’t around before that; of course He was, but our ideas about Him have changed.)  The Devil is perhaps our oldest conception, and our idea of Him in witchcraft, even trad craft, is nothing like earlier ideas.  He’s a reflection of the humanist movement.

But He feels older than that, doesn’t He?  He feels incredibly ancient and primal.  He’s the place where Man (and I say “man” deliberately, because He’s definitely male) and Beast and God come together and become something that is all and none and more than any of those things.  He’s a dying god, the Hunter and the Hunted, who gives His body to feed His children through the winter.  Like Jesus, He comes to slum it with us mortals.  He lives and dies and suffers like we do.  And yet, to quote Tamarra James, He’ll “not sit under any roof, nor drink in any hall.”  Above all, He’s a psychopomp.  He takes the initiate across the Void; He opens the way between the world of spirit and the world of the body.

At one point He was thought to be a manifestation of the Jungian concept of the Animus, which is controversial now because of the movement against gender-essentialism.  But I struggled with my gender identity, and for me, getting in touch with the Inner Masculine as well as the Inner Feminine was important; so maybe that’s so.  Or maybe He’s just all the stuff that was natural and good for me and forbidden to me as a child and then a maiden; like power, and wildness, and passion; then love and sex and death.

As the Dark Lord of Death, He stockpiles and preserves to survive the time of strife and gets no thanks for it.  He’s the Shadow-Lover of the Mercedes Lackey stories.  He is mystery incarnate; or semi-carnate, anyway.

Whether the Horned One manifests as part of my psyche, reflected in an archetype, He seems real enough to me, and I’ve had some pretty direct encounters with Him.  When I was ten, He led me back to camp when I was lost in the woods.  When I was sixteen, I went for the first time to a place in the woods where I could be naked, and I danced with Him.  Not long after I started “walking the deer trods,” as some hedgewitches would put it, and my Lord with His great horns in the form of the White Stag led the way.  When I was twenty He drove a violent and dangerous person from my house (no kidding; said person left shrieking and terrified, convinced that “the Devil was chasing him,” and he was quite astounded by the horns.)

I started making offerings for Him in the woods; once I made it sexual, and He came to my call (and several times thereafter.)  He crowned a Stag King at Beltane, and we’ve crowned one every seven years, then every year, since.  I swore to Him when I chose my patron god.  Then, and every year since, I’ve blown a horn for the Wild Hunt at Samhain and I’ve drummed and called to Him at Beltane.  From that point on He has walked the land I live on.  Others have seen Him, and when they have borne me ill will, He has often not been friendly.  Children are never frightened of Him, though.  They know that He will never allow them to be harmed on His watch.

When I was initiated as a High Priestess in the Star Sapphire tradition, my initiator, Lord Redleaf, was also sworn to Herne; so it was only natural that He be the one we drew down.  What’s interesting is that He freaked Redleaf out just a little bit.  Redleaf’s Herne is a (mostly) gentle, protective lover and father figure.  This one, my Herne, as it were, was just a little bit wild, just a little bit dangerous.  It’s an interesting point to ponder.  Were we calling different Horned Gods, or were They both aspects of the Horned God that we understood in different ways?

Perhaps it’s hubris, but I think of Old Hornie as a lover as well as my god.  (The godspouses would understand.)  But our relationship is not as “domestic” as all that.  Perhaps it’s just because of His unique nature.  Or mine.  But I feel my love is returned, and I know that if I asked Him to protect me, He would.  I expect that when I am old and I get tired of being a Crone and want to move on to whatever the next world holds, He will be waiting at the threshold, ready to receive me and perhaps take me to ride with Him for a millennium or two.

If you’ve followed all my links, then you’ve noticed it’s taken you to a lot of music.  This is one of the most significant ways in which I discovered the Horned Lord, so it was important that this be part of what I shared with you.  Contrary to my usual tone in this blog, I’m not trying to defend an opinion nor offer any instruction.  I just wanted you to see the beauty and majesty of my God through my eyes for a little while.

The above image was created by me from my original painting “In the Beginning.”  It’s available at my new Etsy store, along with more art and my book.  I’m pretty excited about it so I hope you’ll take a moment to check it out.  Thanks! 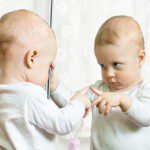 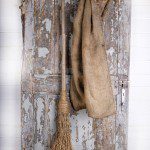 January 26, 2015 Seekers and Guides: A Ritual to Re-Enchant Your Tools at Imbolc
Recent Comments
0 | Leave a Comment
"Take heart, Woods! I think people are finally angry and scared enough to get their ..."
Sable Aradia Dear Greta Thunberg
"You did make a difference, as did the Baby Boomer generation (who first brought attention ..."
Woods Wizard Dear Greta Thunberg
"I really like your text. I am happy to note that on the other side ..."
Seren The Star Goddess
"Very spot on review of Circe. This was one of the few books I read ..."
Michelle Gillian Pagan Book Review: Circe by Madeline ..."
Browse Our Archives
get the latest from
Between the Shadows
Sign up for our newsletter
POPULAR AT PATHEOS Pagan
1