Recently an individual at this site went around acquiring pdfs of various Pagan books and making them available for free on the internet.  The Witch’s Eight Paths of Power was apparently one of the ones on the list.  Thanks to Anne Niven at Witches & Pagans for letting me know!

Some people are, quite legitimately, outraged.  Me, I’m a little more in the shrug-my-shoulders camp.  Three days before “Eight Paths” was officially released to the public the pdf was on Pirate Bay and U-torrent.  Pirating books appears to be a way of life in the modern world.

To some degree I can understand it.  It’s difficult to comprehend why on earth my publisher would be charging $10.54 USD for a bunch of pixels.  But honestly it’s not publisher gouging.  There’s a reason it all costs that much.  I thought maybe if I broke down how it all actually works from the inside people would understand it all a bit better.

The Process of Writing a Book

First of all, it takes years to write a book.  Some of the other Pagan writers I know are more prolific than I am, but it took me three years to write The Witch’s Eight Paths of Power.  That’s three years of every spare moment being devoted to getting a few lines on paper, which, at the time, I had to fit between my small retail metaphysical business and taking care of my then severely-disabled husband.  I wrote a lot of it in slow periods at work; in the doctor’s office; in the chiropractor’s office; on bus trips and road trips.  I have to thank Blackberry for the existence of the thing at all.  This also doesn’t count the hours and days I spent preparing and teaching workshops to test and try my exercises and theories (or the years and years of witchcraft I practiced to get the skills that made writing the book possible; but I suppose that’s neither here nor there.)

When I was finished, I then had to proofread, reorganize, and double-check everything; which included everything from taking whole sections out and putting them in different chapters, to carefully reading through to make sure that I capitalized “Wicca” each and every single time I used it.

When that was done I searched out a publisher, researched the information, checked out the submission guidelines, reformatted the book to fit the submission guidelines, sweated over my cover letter, and emailed it; after I saved a backup copy.  And I was lucky; the manuscript was actually accepted by the first publisher I sent it to, which was the one I wanted (Red Wheel / Weiser).  Most of us have to do this several times, and likely will collect several rejection letters.  It’s usually a three month turnover time before you receive an email of acceptance or a rejection letter.

Yeah, yeah, you say.  You know all this.  Okay, so do you know how much I got paid for all this work?  I received a fairly typical advance of $1000 USD when the manuscript was accepted by the publisher.

So then, when I have submitted my cover letter and manuscript, someone has to read this.  That someone is an editor, who might be paid an hourly wage and might be paid by the word.  It takes time to read all that stuff.

When that editor has vetted bad writing, that editor moves it on to a second editor.  If this editor believes in your work, you’re hired.  That editor also needs a regular wage and actually has a very specialized skill.  It is your editor’s job to take your rambles and turn them into a marketable product that readers will buy.  She has to accomplish a few things at once:

I think this takes about a third of the total time it took to write the book in the first place!  Now I only have this experience for the one book thus far, and it took my editor several months to complete this task.  How is this done?  Well, you know that “track changes” function in Microsoft Word?  Yeah, that’s what it’s for.  It will mark who changed what, and what the original text said, by showing them in different colours.  And if you hover your mouse over the changes it will tell you who made that change.

After that, you get the altered copy of the book back.  Then you have to go through and double-check all the changes, which you have the option of accepting or rejecting.  You right-click on every change and select from a menu.  This includes every change from a single capitalization to entire re-writes of sections that were paragraphs into columns.  “Eight Paths” was a really long book; I submitted a 120,000 word manuscript, which I was told to cut down to 70,000 words in order to make the printing budget.  Also, many of my diagrams were not deemed to be of sufficient dpi levels to print and so I had to redo them.

You’re given a couple of weeks to a month to do this.  You’ll need it.

Then you re-submit the manuscript with the changes.  The editor then re-reads it yet again and accepts or rejects your changes.  They have about a month to do this in.

If the editor thinks it’s workable, the manuscript is then submitted to the copyeditor.  It is the copyeditor’s job to format the book for print. Now the manuscript becomes a pdf and is arranged in a printable layout.  I imagine that this version of the book is pretty much what you get if you buy it in pdf format or Go0gle Books.  This is the person who makes sure all the page numbers and title pages, headings, illustrations and tables look nice and are readable.  A final check is made for consistency of style (spelling, formatting, capitalization, when to write out the names of numbers, etc.)  Some changes are also made at this point (like whether or not to put in certain footnotes and subscripts).

So the copyeditor also has to be paid.  And this sort of thing is time-consuming.  I’m really not sure, but I believe that this person is also the one who configures the book for Kindle, Kobo, etc. – all of which have their own, very specific style that things have to be formatted into.

Also, this is when the book cover is chosen.  The writer actually gets no say in the matter when you go with a publishing company.  But a professional artist creates each book cover and that artist deserves to be paid too.  I don’t begrudge a dime to the artist who created the cover for The Witch’s Eight Paths of Power because it’s pretty spectacular and it really helps to sell the book if the cover is appealing.

Once that’s done, the writer checks it all over again and makes any last-minute changes (you’d think there wouldn’t be any, but I had a few; for instance, the copyeditor took out my note about traditional gender associations of the elements/directions being optional, and I felt very strongly that this needed to be stated.)

Again, a self-publishing writer must do all of this themselves. A “pay-to-print”company (that means you pay someone to print the book for you) will have a fee for this, and that fee is in the hundreds of dollars.

Once the changes have been confirmed by the author, the book is now vetted once again.  If the publisher likes the product the writer receives the second half of her advance; typically, another $1000 USD.  That might sound like a lot of money, but remember, this is for what is now four years or so worth of work!  Also, the publisher has the right to refuse to publish the book entirely at this point!  There was a real chance that this might happen with “Eight Paths,” because I was able to pare my work down to 80,000 words and no less; not the 70,000 the publisher preferred.  What happens next depends on the contract; generally, the writer keeps the first half of the advance and all rights revert to her.  She can then submit it elsewhere.  In my case, however, the publisher decided to take the risk and accepted the 80,000 word book.

It takes one to two years for a book to complete this process from initial submission of the manuscript.  Then, and only then, it goes to print.

(To be continued.  Part 2 will be available at this link by April 29.) 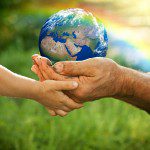 April 22, 2015
Seekers and Guides: A Simple Spell for Earth Day
Next Post 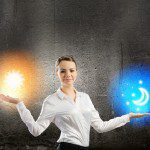 April 26, 2015 Seekers and Guides: Your Mileage May Vary - Embracing Contradictory Truths in the Craft
Recent Comments
0 | Leave a Comment
Browse Our Archives
Related posts from Between the Shadows