What We Did for Imbolc

The coven came over at about noon to pick us up.  Down we went to the pet store, where we picked up a couple of packs of wild bird feed.  Carefully we selected a mix that was good for the local species; finches, chickadees, waxwings, jays.  The winter birds struggle to find enough food this time of year; they’ve already found their way back since migratory patterns are messed up, but it still gets cold and we still get snow.

We took them back to our house, where we mixed them up with some bacon grease.  It’s important for the birds to get some high-quality, fatty calories in the cold weather.  In the meantime, one of our coveners manufactured makeshift bird feeders out of plastic two litre pop bottles.  He cut doors out of the sides of them, then melted the edges of the doors with his lighter so that no sharp edges would harm the birds.  Then we attached some string to hang them up by and filled the bottoms with the feed mix.  We had some left over, so we made sure that we scattered some around the yard also, especially near our garden.

We headed down to the local dog park with our dog in tow, who was very excited about going out.  The snow from last night had hardened in the damp of the morning mist, which was clearing up and melting.  Puddles lay over the snow and the sun was coming out.  As we walked out into the park and our dog Blue greeted his friends, I explained about how the mist is caused by roots and seeds germinating under the snow, raising the temperature and melting the snow; or, in other words, the land is coming back to life, taking its first breath.

We found a hawthorn tree with a melted patch underneath, where the moss was already coming back to life, and we hung the makeshift feeders in its branches.  Then we continued around the park’s loop, scattering the rest of our loose seed in the melted patches underneath trees; especially since we found a small flock of chickadees pecking at something in the melted patch underneath a cedar.  They fled when we tossed more seed but quickly resumed their lunch once we had left.

I explained how I was delighted by the symbolism; since Brighid is associated with dogs and birds, I couldn’t think of a more appropriate way to spend the Sabbat.

We went our separate ways after that.  In a couple of weeks I’ll go back and remove the pop bottle feeders.  Or maybe, if there’s still snow on the ground, I’ll put some more birdseed in them and remove them later.  I take my dog to this park about once a week, so I’ll have lots of opportunity.

Tonight I take my shift as a flamekeeper in the Daughters of the Flame, a Brigidine sisterhood, which seems to me the perfect way to end the Sabbat.  I hope you all had a lovely Imbolc! 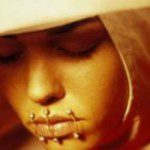 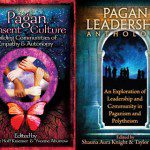 February 23, 2016 All the News That's News: My PantheaCon No-Show, the Flu, and Anthologies
Recent Comments
0 | Leave a Comment
"Take heart, Woods! I think people are finally angry and scared enough to get their ..."
Sable Aradia Dear Greta Thunberg
"You did make a difference, as did the Baby Boomer generation (who first brought attention ..."
Woods Wizard Dear Greta Thunberg
"I really like your text. I am happy to note that on the other side ..."
Seren The Star Goddess
"Very spot on review of Circe. This was one of the few books I read ..."
Michelle Gillian Pagan Book Review: Circe by Madeline ..."
Browse Our Archives
Related posts from Between the Shadows