All the News That’s News: My PantheaCon No-Show, the Flu, and Anthologies

Hello there, friends. I figured it was best to do an update before resuming our regularly-scheduled program because as you may have noticed, I disappeared off the radar for more than a month. 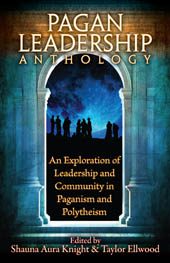 To start with, I’m sorry I did not make PantheaCon. The start of all the trouble was that I caught the flu. And you know how people say, “Oh, I’ve got a stomach flu, I won’t be in to work today,” and then there’s real, genuine influenza? Yeah, it was like that. Every system of the body took a pounding, starting with my lungs (which is always a dangerous and crappy process for me; I have been asthmatic my whole life, diagnosed when I was a child, and since I started taking a regular daily allergy pill it’s been well-controlled, but I still get really sick when it’s a chest cold. Fortunately I don’t get them that often.) This one knocked everyone who got it absolutely flat for two weeks, followed by two weeks of amazing lethargy that even affected the brain (which is why I wasn’t online either; just haven’t been able to wrap my head around writing.)  Then, of course, being asthmatic and living in an old house, I caught pneumonia too; and since I am allergic to penicillin I have to take these horrible erythromycin pills.  Not only does that mean that I take longer to recover from pneumonia because that antibiotic is less effective than penicillin against it, the pills themselves are difficult to digest, hard on the liver, and make you almost sicker than the disease.  So the doc said under no circumstances was I to travel, especially out of country.  That shot my travel plans in the *ss at the last minute.  I notified the organizers through the website but I doubt they had time to take me off the program because it was very last minute.  So if you came to see me and I wasn’t there, I’m really very sorry, and I hope to make next year if they haven’t given up on me as a bad job!

But I’m getting better now.  Just a lingering cough and a sore throat, and I’ve started appearing online again in dribs and drabs that will gradually increase as I catch up on the backlog.  So thanks for your patience. 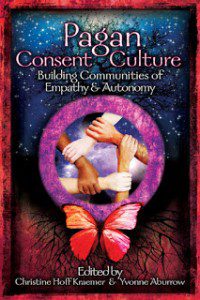 There’s good news in the wind too, though.  For one thing, there must have been some intuition at work because I waited to pay for everything until the last minute too, since I had a feeling that something might go awry, so I’m not out more than a few bucks really (PantheaCon can be pricey, only some of the presenters are sponsored, and remember I had to travel from another country at a time of bad exchange rate.) And also, two anthologies that I have contributed to have been released: the Pagan Leadership Anthology (Taylor Ellwood and our own Shauna Aura Knight, editors) published by Immanion Press just recently; and the Pagan Consent Culture anthology (former Patheos Pagan channel Christine Hoff Kraemer and our own Yvonne Aburrow, editors) published in the past couple of days!  You can get them at the links above; or, if you want to get them from me (thus supporting my work, since, as a contributor and not an editor, I don’t get royalties) I will have them available on my Etsy site within a couple of weeks as I wait for my orders to come in from the publishers; which you can find at the “Buy Stuff” link in the tabs up above.  (You can get The Witch’s Eight Paths of Power there still too, which I’ll sign for you if you buy it there — though it costs less if you get it from Amazon, I won’t lie.)  All my Etsy prices are in Canadian dollars so it might actually save you a couple of bucks to buy it from me; and certainly the shipping in Canada is cheaper!)

Coincidentally, both covers of both anthologies were designed by Shauna Aura Knight, which is why they look like they’re related (and why they’re both so lovely).

That’s my brief update for now.  Never fear, lots more articles are in the works for the near future; at Witches & Pagans I’m writing about mythopoetic resonance in Canadian politics and the nature of mythology on the human psyche; here at Patheos I’m finishing some major Pagan theology articles I’ve had in the works for a while; and at Gods & Radicals I’m writing about how millennials are changing the face of modern politics, kyriarchy, and the necessity of the modern labour movement.  I’m also working on some crossover articles between two or more blogs, as I did with my review of The Handmaid’s Tale. 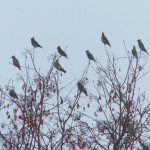 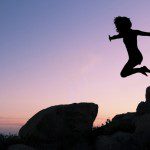 February 29, 2016 Leap Year Magic
Recent Comments
0 | Leave a Comment
"Take heart, Woods! I think people are finally angry and scared enough to get their ..."
Sable Aradia Dear Greta Thunberg
"You did make a difference, as did the Baby Boomer generation (who first brought attention ..."
Woods Wizard Dear Greta Thunberg
"I really like your text. I am happy to note that on the other side ..."
Seren The Star Goddess
"Very spot on review of Circe. This was one of the few books I read ..."
Michelle Gillian Pagan Book Review: Circe by Madeline ..."
Browse Our Archives
Related posts from Between the Shadows