Reciprocity: A Witch’s Relationship with Her Deities

How much respect and obedience is due the Gods?  This is an issue that has created a great deal of division within the Pagan and Polytheist community.  We all develop a relationship with the Divine Powers as we see Them.  Some of us experience Them more directly than others but at least within the context of ritual, we all speak to and experience Them regularly.  What do They want of us?  What should we ask of Them?  If, as some of us believe, the Deities are entities with individual agency, why would They choose to spend Their time on us?  And as reverent mortals, why do we choose to spend so much of our time in ritual and devotion?  One might argue that how we expect to experience Deity, also shapes the nature of our experience.

I believe that I have been chosen by a few of the Deities that I interact with; Diana was the first who accepted my service, and over time I have developed close working relationships with many Others to lesser and greater degrees.  Why did They choose to work with me?  I think it’s largely because I have views and goals that align with Their own and because I have personality traits that They like and want to encourage in humanity.  Not because I’m special in any way, other than perhaps unlike most people in the world (but just like most witches) I have worked to develop the intuitive senses that make communicating with the Otherworld easier (and make it easier for the Otherworld to communicate with me).

Conversely, I am drawn to these Deities because They stand for things that I want to stand for, and They bolster the work that I want to do.  They give me strength when I need it.  They hold me when I weep.

We are friends and sometimes lovers.  Though it’s not really an equal relationship either.  They are Gods, after all.  I am perhaps somewhat like a knight in service to a feudal lord or lady.  In general, I do what I am commanded to do, though I do have the right to refuse, and also the right to explain why I am refusing.  Sometimes the Deities, as beings of spirit, do not understand physical things, and occasionally you have to explain to Them that you need to eat and you need shelter and sleep.

I also see this relationship becoming more reciprocal over time.  When I was a brand new baby Pagan I was more inclined to direct obedience.  Now that I’ve been doing this a while I am more inclined to argument; and I think my Deities are more inclined to listening.  I’ve earned Their trust; They know I love Them and would not betray Them, so if I’m disagreeing with Them, They assume I must have what I see as a good reason.  Not that They always acquiesce to my arguments!  Sometimes They say, “Yes, We understand that, but do it anyway.”

They frustrate me almost as often as They delight me.  I joke a lot lately that I need to develop closer relationships with Deities who understand civilization and money, because the mostly Wild Deities I follow don’t seem to understand that I need to make a living!

It’s like any relationship, especially any deep, meaningful relationship.  No relationship is perfect.  There are arguments; there is ebb and flow.  You never love even your spouse exactly the same all the time.  Sometimes it’s like a fairy tale and sometimes you’re hanging on by nothing more than raw determination and the hope that someday things will be somewhat like they once were.  But you hang on anyway, because you choose to do so.

“What do you mean, so what?  The Gods can smite you if you don’t do what They tell you!”

I would say that such a relationship is abuse, not love.  It’s one of a few reasons that I’m not a Christian.  You should obey God because He’ll smite you if you don’t?  He loves you, but He’ll damn you to hell for all eternity because you dared to question His will?  Then move over, Lucifer, because I want no part of that.

Don’t get me wrong; I respect Deities immensely.  I’m not going to go against Their will unless I have a damn good reason.  But I’m not just going to do what They’ve told me just because They’ve told me to do it, either.  Like I have already pointed out, sometimes the Deities don’t understand physical needs and someone needs to tell Them why it is that what They’ve requested (or demanded) won’t work.  When I started working with some of the lwa, I was not willing to give up being a Wiccan, and They needed to know that.

Besides the point, sometimes what we believe to be the words of the Deities are not.  Sometimes those words are psychosis, wishful thinking, or mischievous or malignant entities messing with you.  We have logic and discernment for a reason.  The Deities gave these to us as well.

So when I read of people talking about unquestioning obedience to their Gods, it makes me a little queasy.  That path leads to self-righteousness and fundamentalism.  Perhaps you may consider it blasphemous, but I think that questioning is a good thing.  And I think my Deities think so too. 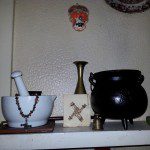 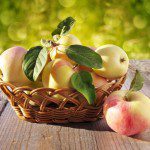 March 24, 2016 From the Shadows: "By Their Fruits Shall Ye Know Them"
Recent Comments
0 | Leave a Comment
Browse Our Archives
Related posts from Between the Shadows