The Two Kings: A Tale of Love and the Sharing of Power

But the Goddess of the Moon and Stars knew Them both, and She bade Them to go to one another.  “You’ll like Him!” She told each of Them with the twinkle of the stars in Her deep dark eyes.  “You’ll see!”

So They agreed to meet at the border of Twilight, where light and dark meet.  The Goddess guided Them to the meeting place with the twinkles of Her eyes, and then She tactfully withdrew.

The Oak King beheld the dark mystique of the Holly King and was instantly smitten.  This was the one He had feared?  How lovely His raven hair!  How passionate His gleaming dark eyes!  He sank to one knee and confessed His undying love for the Holly King on the spot.

The Holly King beheld the Oak King and His heart swelled.  How beautiful this glorious King was!  How gleaming His brightly shining hair; how radiant His glowing, joyous smile!  But He was more reserved by nature than the Oak King, and perhaps had been less kindly treated by the world, which made Him more suspicious.  After all, nobody likes the dark.  And He said, “You are indeed beautiful to behold, and I would like to love You also; but infatuation is not love.  Real love is built on trust and giving of oneself, and it takes time.”

Though the Oak King was overcome by the brightness of His emotion, He was no fool.  Indeed, He was as wise and as patient as the tree of His name.  “You are right, of course,” he agreed.  “Perhaps I spoke too quickly.  But You are beautiful, and I see things in Your lovely eyes that I do not know.  Abide with Me and be My Love, and I know that We will learn to love each other truly, as you say.”  And He wanted this more than the Holly King could know, for although He was always surrounded by admirers, They were not His soul mates.  They never dared to tell Him when He was being foolish, and He knew that a true companion would not be afraid to speak his mind, and He was very lonely.

And the Holly King, who lived alone in the dark (because who likes the dark?) was also very lonely, and His heart ached fiercely.  “Let Us live together then,” He said, “here, at the place where light and dark meet, and let us be Lovers, and we will build the foundations of our love together.  But what of those who call Us King?”

The Oak King laughed.  “I see no reason, My Love, that We cannot share!”

So together They built a world in the place where light and dark meet, and over time Their subjects changed form, from stardust and light and dark matter to animals and birds and bugs and green growing things.  The Kings changed too, as all things must; the Oak King became tall and strong, with golden eyes and leaves for His hair and roots for His feet, while the Holly King grew darker leaves as sharp as the sharpness of His wit, and dark eyes and red, red lips and snow in His beard.

For the Kings learned that in the place where light and dark meet, the times between brought changes.  There was Day and Night, which each had their own animals and birds and bugs and green growing things.  There were also Seasons; and when the light increased the snow would melt, and the trees would bud, and the babies would be birthed and the flowers would bloom; but then as the dark increased, the bugs and the green growing things would ripen, then die, and the birds would find warmer places, and the animals would feast and then famine.  Often they would lose the old and the sickly during the season of cold, with only the dark greens of the Holly King’s hair remaining to promise light’s return.

Even the Oak King Himself was not unaffected; Winter turned His leaves red and caused them to fall away, leaving Him bald, save for the mistletoe, until Summer started to return.  But the Holly King did not mind, for His Love was beautiful to Him in any shape and form.  And so it was that the Oak King came to rule the Summer, and the Holly King, the Winter, and They delighted in the changes that time and experience wrought in one another, and They were content.

But the creatures of the Earth (for Earth is what the land of the Kings was called) were angry, and as time passed they blamed the Holly King for their misfortune.  “It is unfair that You bring the darkness,” they cried, “and with it, death!”

“I do not bring the darkness,” the Holly King replied, “I only rule there.  All things may only last a short while because life is change, as the Goddess wills.  Even My Love and I will not last forever, nor the Earth, nor will the Universe itself.  But when your loved ones pass into the long night, it is I who cares for them and watches over them, and when you cross over into the long night, you will see them again.”

The creatures of the Earth were somewhat mollified, but not content.  “But the Winter is long and cold!” they cried.  “May the Oak King not bring light to warm it?”

“I do not bring the light,” the Oak King replied, “I only rule in its realm.  Too much would be as bad as not enough, for all the world would be a desert, and the water would dry up, and all would burn instead of wither.  You should enjoy the light while it lasts, and glory in its gifts, and be glad it is not forever.”

And the Holly King met His Lover’s eyes, and took His hand, and He said, “You should not forget that the dark must inevitably follow the light.  You must prepare yourselves at Summer’s End.  You must gather the food and warm things that you will need to make it through the Winter.  How fortunate it is that these things are at their greatest at Summer’s End!”

“I will help you,” said the Oak King, squeezing His love’s hand.  “We will gather and store the things needed for winter together.  There will be three festivals of the harvest.  When the height of Summer is fading you shall harvest the grain and the berries; when it is the time between the Summer and the Winter you shall harvest the vegetables and the fruit; and when the cold breath of Winter blows first over the land you shall harvest the nuts and the roots and the animals, for those who eat them.”

“And I will help you to parcel out those resources, so that you will make it through the Winter alive,” nodded the Holly King.  “I will teach you to salt meat and preserve fruit and store nuts and grain.  And I will teach you to enjoy the soothing rest and the peace and the quiet of the dark, as I do.”

And so it was that the creatures of the Earth learned to prepare for the Winter, whether the dark season brought snow or heavy rains, and they learned to enjoy the work and also to enjoy the time when the work had ended.  Because the Kings were able to love and to trust one another, and to share the balance of power, and because They also cared for the needs of Their subjects, the world prospered under Their good and compassionate rule.  All creatures learned the sacred balance of light and dark, Summer and Winter, life and death.  And in this time when our fellow creatures of the Earth have forgotten the wisdom of the Kings’ rule, and have forgotten that the cosmos also have Seasons, we who keep this tale must remind them.

Please feel free to circulate this tale and use it for any non-commercial purpose where it might be useful, as long as it is properly accredited.  Thank you. ~ Sable Aradia 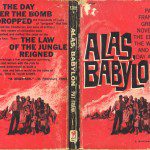