Fluffy Bunny by Sarah Buhrman
My rating: 5 of 5 stars

I received an Advanced Reading Copy in exchange for a fair review.

I enjoyed Too Wyrd, the first book in this series, thoroughly (see my review here) so I couldn’t wait to get my hands on book 2. I think it’s fair to say I was primed to enjoy it, but fearful that I wouldn’t like it as much as I liked the first one.

There was nothing to fear. In book 2, we resume the story of Nicola, reluctant chosen hero of the Norse gods, charged to stop Ragnarok by obtaining the Runespells; bindrunes in physical form that represent the true power of the runes as shown to Odin after his ordeal on Yggdrasil. (Yes, Heathens and Pagans, Buhrman is a Norse Pagan, she reads a lot, and she knows what she’s talking about.) This time, Nicola is asked to infiltrate a New Age cult who might have the Runespell for healing. They are doing real and provable faith healing rituals.

From a real-world perspective, this cult is cleverly rendered. I want to talk about it a bit. I have spent a lot of time involved in the New Age community as a Pagan who owned a metaphysical store. And I saw lots of people who were engaged in some of the (in my opinion, destructive) behaviours and beliefs that this cult represents. This is not in any way to say a) that the New Age is all like this, because it’s not, or b) that the New Age is all cultish, because it’s not. There are people (lots of them) who do good things for lots of people.

But this type of thing, though taken to extremes in the novel by necessity of story, easily flourishes in the New Age community (and the Pagan community too). Mostly that’s because people are reluctant to engage in confrontation or positively critical dialogue, and those who do are portrayed as negative, angry people who are throwing shade on the Lightworkers who are trying to be pure and good and holy and above all, non-negative. This has the effect of shutting down all discernment and critical discourse, and shaming people for asking questions. It’s one of the reasons I drew away from the New Age (and in some cases, even the Pagan) community in my real life.

This is used to brilliant effect in the novel, and hence the title. “Fluffy Bunny” is a term that Pagans use to describe someone who wants their Witchcraft and Paganism to be all light and unicorns and rainbows. But it can’t be, because life is just not like that. It’s a fine thing to aspire to, but one must also be willing to look at the dark and thus, to get through it, or it stays at the bottom of the well, poisoning everything you do. Put a different way, denial is a useful coping strategy for surviving a difficult situation, but not for coming to terms with it afterwards.

Nicola is vulnerable to this type of manipulation because she is, unlike the unflappable heroes of so many works in the urban fantasy vein, traumatized by the events of the first novel, and suffering from PTSD. I cannot tell you how delighted I am that she is not unchanged by the depths of her experience! This is something authors almost never dare to do. That alone makes this a great book.

Nicola finds herself in a situation where more horrible things happen to her, because, like many other victims of abuse, she is primed for it by already having experienced horrible things and not adapting to them well. This makes for an intense, moving psychological thriller in the heart of what seems a simple paranormal adventure novel. And I can’t tell you any more than that without ruining it for you, so I won’t.

I will tell you from a Neo-pagan perspective that I am picking up a copy of this book in paperback just to add to my Wiccan students’ required reading list, because there is a valuable lesson in here about ethics and the Craft that I think they need to know, and I can’t think of a better way to illustrate it. There is also a valuable psychology lesson in this, both for understanding how people get locked in a cycle of abuse, and how they get out of it.

Once again, we are treated to renditions of gods and supernatural beings that feel contemporary as well as carrying the gravitas of myth. I liked them quite a lot.

More of this book takes place in the astral plane and other “spirit-realms” than the last book. Again, a special level of compliment is due here. These sequences are more often about tests of character than direct confrontations, and like much in the way of spirit-work that Pagans do, have immediate real-world consequences, mostly because of how the person doing the inner work has changed.

And it’s a good page-turning mystery too just for its own sake, with an ending that might surprise you. It surprised me.

Some minor critiques, because of course nothing is perfect: beta readers told Buhrman that she didn’t have enough physical description of Nicola so she tried too hard to get it in there, at least in the copy I read. I didn’t see the point. Nicola doesn’t care about such things; why should the reader? She never thinks about her appearance other than, “Do I need a shower? Is my hair brushed?” For her, makeup is for special occasions or trying to make an impression, and that’s it, so since the story is written in first person personal, I can’t see an easy way to include that.

I would also like to see more direct hands-on involvement between Nicola and her daughter in future books. Being a tough single mom is an important part of Nicola’s identity. I would like to see more directly into that relationship, rather than hearing about it as a backstory until she’s needed as a potential obstacle or liability (because of course Nicola rightfully tries very hard to keep her little girl away from all this dangerous stuff.)

I feel that the world needs to discover Sarah Buhrman. She’s a really good writer, on par with some of the best mainstream urban fantasy I’ve read, never mind the small press publisher. My feeling about this book was so positive that they asked me to write an editorial blurb for it. I was happy to do so.

Fluffy Bunny will be released on November 30 and is available at this link. 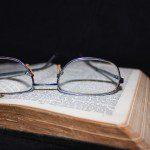 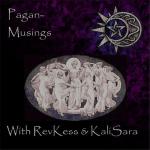 November 27, 2017 Guest Co-Hosting on the Pagan Musings Podcast: Featuring Sarah Buhrman
Recent Comments
0 | Leave a Comment
"Take heart, Woods! I think people are finally angry and scared enough to get their ..."
Sable Aradia Dear Greta Thunberg
"You did make a difference, as did the Baby Boomer generation (who first brought attention ..."
Woods Wizard Dear Greta Thunberg
"I really like your text. I am happy to note that on the other side ..."
Seren The Star Goddess
"Very spot on review of Circe. This was one of the few books I read ..."
Michelle Gillian Pagan Book Review: Circe by Madeline ..."
Browse Our Archives
Related posts from Between the Shadows