Reading and Writing in Herodian Israel– Was Jesus an Illiterate Peasant? Part One 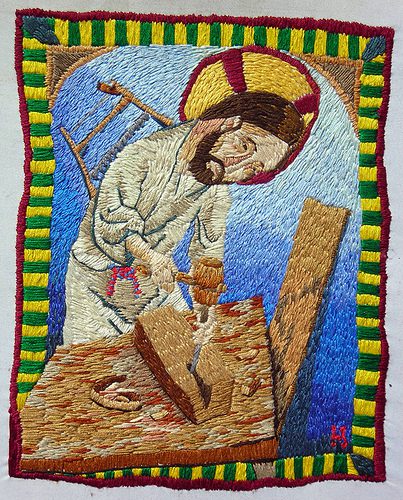 There is an awful lot of loose talk, and pontificating on the basis of loose talk when it comes to the issue of Jesus’ social level, and his ability to read or write or whether he could have been multi-lingual. Sometimes the discussion is even based on irrelevant data— for example the fact that Galilee was not inhabited by scads of Gentiles (see Mark Chancey’s fine monograph on how Gentile was Galilee). The ethnic makeup of Galilee is frankly irrelevant to the issue of whether Greek was used in the first century in Galilee or not for the very good reason that all of the Holy Land had long since been Hellenized for centuries.

The proper and only question is— the degree to which Greek was used in Galilee and in what contexts in Jesus’ day. For example, could Jesus himself have known and used some Greek. The answer to this is yes, and yes, he could have done so, and there were occasions when he would have needed to do so— when speaking to a Roman officials for example, such as a centurion, or say especially Pontius Pilate.

And then too we have the evidence of Jesus using loan words like ‘hypocrites’ a term taken from Greek theater which literally means an actor, but came to be a pejorative term meaning a poser, a person who appears to be one thing, and actually is another— i.e. a ‘hypocrite’. Most people in the occupied territory we call the Holy Land, had to be to some degree multi-lingual to deal with Greeks, Romans, Jews on a very regular basis, including especially for business purposes. The lingua franca in such a mixed language milieu was Greek, the language of commerce, trade, tax discussions etc. but the chief spoken language of Galilean and Judean Jews was Aramaic, a Semitic cousin of Hebrew.

Of course it is true that a person may be able to speak more than one language and not be able to read or write any of them. So what Jesus could have spoken is one issue, his literacy, as we would call it, is another. Unfortunately, the question of Jesus’ literacy is clouded by modern definitions. Literacy in antiquity could involve just the ability to read a language, without also being able to write it. Writing was a specialty skill, and usually scribes were the ones who undertook it. I am not particularly concerned with whether Jesus could have written anything, though I suspect he could have done, but what I am concerned with is his ability to read things. And here we are on firmer grounds.

Let us first eliminate the old canard, which suggests ‘since Jesus was a peasant, he was very likely to be illiterate’. First of all, Jesus was not a peasant. He was an artisan, a ‘tekton’ which means one who carves and molds stone and wood, more often stone than wood in many cases in the Holy Land. Jesus’ family had a trade. They had a home in Nazareth, and in the town just over the next hill, Sepphoris, you have a ton of building going on.

Jesus’ family were engaged in a trade, had a home, and so far as we can tell should not be classified with landless peasants, or tenant farmers. But there is another reason not to call Jesus a peasant. His family was not merely pious, they were devout, and the evidence we have suggests that devout Jews especially insisted that their sons learn to read so they could take their turn reading Torah in the synagogue. Here’s where we are helped by Alan Milliard’s recent study on Reading and Writing in the Time of Jesus . It will take a few posts to consider all the factors in assessing the issue, but let’s make a start.

Let’s start with a few facts. The first has to do with climate. The reason we have found lots of papyri at the Dead Sea and in the deserts of Egypt is climate. These are dry desert regions. Hardly any rain. This must be contrasted with Galilee both south and north. Papyri are made of vegetable matter. They do not survive well in wet climates, indeed for the most part they do not survive at all for long in such climates. Did you wonder why museums have climate controlled cases for papyri??? This is the reason.

Therefore, arguments like “we have no evidence of literary Greek in Galilee” are arguments from silence, not arguments from evidence. Absence of evidence is not the same as evidence of absence in such a matter. But even so, we DO actually have evidence of Greek in many forms in the region in which Jesus walked and talked.

For example there is a whole cave at Qumran, Cave 7 that was full of nothing but fragments of Greek scrolls! My point is, that we should not assume either monolinguality or illiteracy on the part of Jews who live in Galilee. In fact we should assume the opposite knowing what we know about the social setting, and the linguistic ans religious history of the region. Jews were a people who focused on a sacred text— Torah. You needed to be able to read to do that. But lest we go too far in the direction of imbalance and assume nothing but Aramaic and Hebrew and Jewish ways were going on in the region, consider the following.

Galilee was surrounded by ten Greek cities (the Decapolis), including one within the region itself— Scythopolis. Bethsaida was a border town. Jesus took his disciples to Caesarea Philippi aka Banyas to reveal his identity. There is no reason at all why the stories of Jesus, and the sayings of Jesus could not have been written up in Greek not long after Jesus spoke them, at the least for Diaspora Jews to peruse.

Let’s look at some particulars from Galilee. Tel Dan is traditionally the northern limits of the Holy Land. It is in the northern part of lower Galilee, not very far north of Bethsaida. At tel Dan the archaeological work has produced some remarkable results. For example there is there a dedicatory inscription. The main text is in Greek with an Aramaic version below, witness to the bilingual character of the region. It says ‘to the gods in Dan’ (see Millard, p. 87).

Now this is in no way surprising because multi-lingual inscriptions existed for centuries in this region. Take for example the coins of a Jewish ruler, Alexander Janneus. In 78 B.C. he struck coins with both Greek and Aramaic inscriptions. In fact, you find evidence of this sort of thing from all over the Holy Land— in Galilee and in Judea. For example take the town of Gezer. There on stone blocks around the town was carved in the first century B.C. an inscription indicating the boundaries of an estate. The inscription is in both Aramaic and Greek, and the interesting thing is that it is half and half. To read the whole thing, you need to know both languages— in Aramaic it says ‘Boundary of Gezer’ and in Greek it says ‘authority of Alkios’ (see Millard p. 88). We find the same sort of stuff in inscriptions, in dedications, on potsherds, in literary texts from the south to the north, even in sectarian places like Qumran and Masada. Are you getting the picture that the culture was permeated with things written in both Aramaic and Greek? You should be.

November 1, 2011
Latinisms, Western Diction, and the Provenance of Mark's Gospel
Next Post

November 3, 2011 Reading and Writing in Jesus' World--- Was he an Illiterate Peasant? Part Two
Browse Our Archives
Related posts from The Bible and Culture