The Crux of the Matter 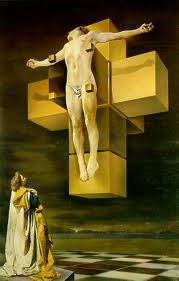 There has been some recent debate about whether persons were crucified in the nude or not, and whether there is evidence that could settle this issue. There is no real historical doubt Jesus was crucified under Pontius Pilate (a punishment referred to by Tacitus himself who tells us Christ suffered ‘the extreme penalty’ which was crucifixion). But in fact there is evidence in Artemidorus about whether the crucified person was nude or not— in fact he was. Here is what Artemidorus says….

“Crucifixion is favorable for seafarers for the cross like a ship is made of wood and nails, while the ship’s mast resembles a cross [something that could never be said about a mere stake]. The symbol also means the betrayal of secrets for the crucified man is completely naked and seen by all.” Artemidorus 2.53.

Among many things that could be said about this, for a Jew this meant that crucifixion was the most humiliating and shameful way possible to die, a death so shameful that one’s whole family was shamed by the fact. It is no accident that no member of Jesus’s family took his body and buried him. He had already, in a sense buried his family’s honor and reputation by this shameful death. It is quite inexplicable that James, who John 7.5 says did not believe in Jesus during his ministry, after such a death, would turn around and join the Jesus movement unless something dramatic happened to Jesus after his death, something that James himself saw the evidence of, namely his bodily resurrection. This is precisely what we are told in 1 Cor. 15— Jesus ‘appeared’ to his brother James, at the time an unbeliever in Jesus. Notice that the text does not say ‘James saw, or thought he saw Jesus after his burial’. The verb appeared indicates the initiative was taken by Jesus to show himself to James post mortem. In other words theories about Jesus not rising from death physically, or about finding the bones of Jesus and his family tomb in Jerusalem not only: 1) fly in the face of what early Jews believed about the nature of resurrection, namely that it was something that happened to a body; but 2) completely ignore the fact that James himself knew what happened to Jesus and his body after his crucifixion, namely he was raised, and James would have had no part of the Jesus movement if he had not seen the ocular proof of this. Furthermore 3) the James ossuary itself provides an indirect testimony to this very scenario. You don’t brag on your tombstone about being related to a man who got the ancient equivalent of the electric chair, whose body you know is still lying in some grave in Jerusalem. That would have been seen as absurd to early Jews who believed in bodily resurrection— and yet there it is as clear as can be on the James ossuary— “James son of Joseph, his brother is Jesus” says the Aramaic inscription. This is an indirect testimony that Jesus regained his honorable status, and the family once again became proud of being related to him, hence the honorific inscription on the ossuary.

A final point of importance. When the judge in Jerusalem released the James ossuary to Oded Golan, rather than handing it over to the IAA or the Israeli Museum, he did so because he was quite convinced that Oded Golan had possession of that ossuary before the law changed in Israel in 1977-78 about such artifacts, which is to say, before the Talpiot tomb was excavated. This is correct. We have a testimony as to where James was buried and it is not in Talpiot (see the book I wrote with Hershel Shanks The Brother of Jesus). It was likely in fact in the place where the antiquities dealer said the James ossuary was found— in Silwan. The reader should have a look at the recent book edited by James Charlesworth, which among other things makes clear that a majority of scholars are not convinced about the recent sensational claims made about the Talpiot tomb being Jesus’ family tomb, and with good reason! 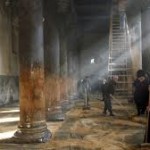 January 26, 2014
Graffiti in the Church of the Nativity
Next Post 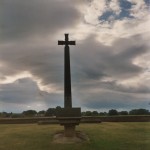 January 28, 2014 Hurtado on Early High Christology
Browse Our Archives
Related posts from The Bible and Culture