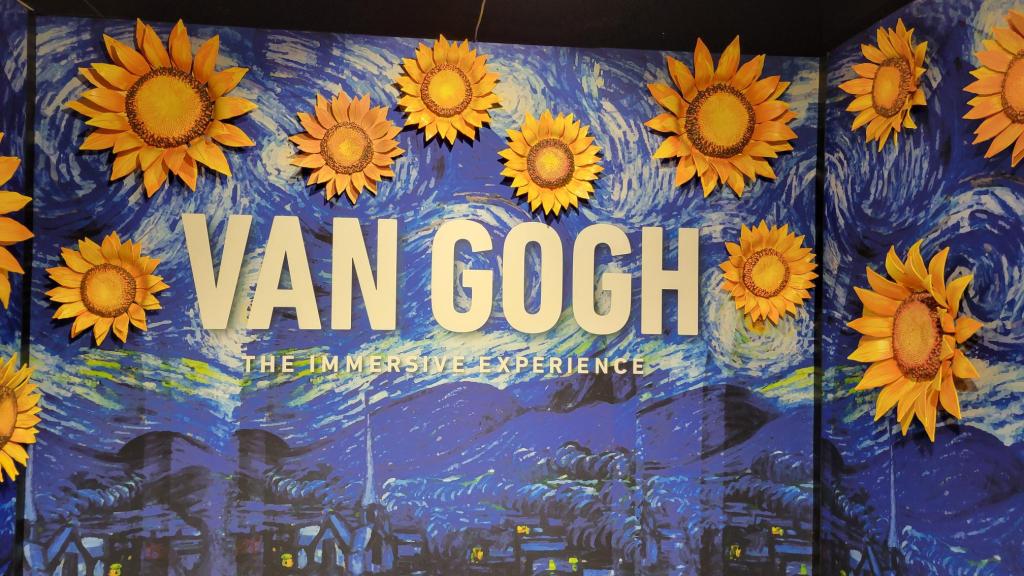 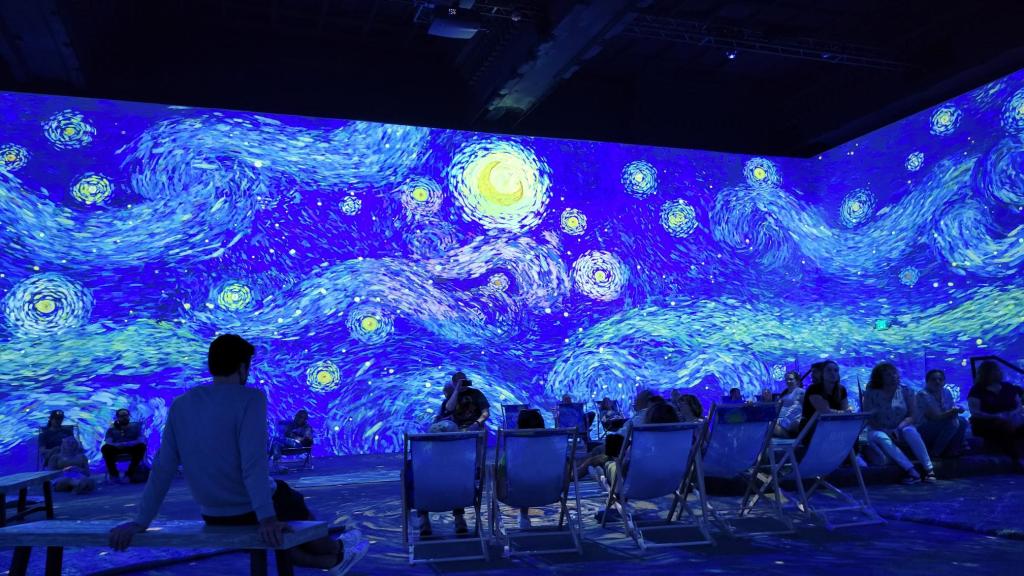 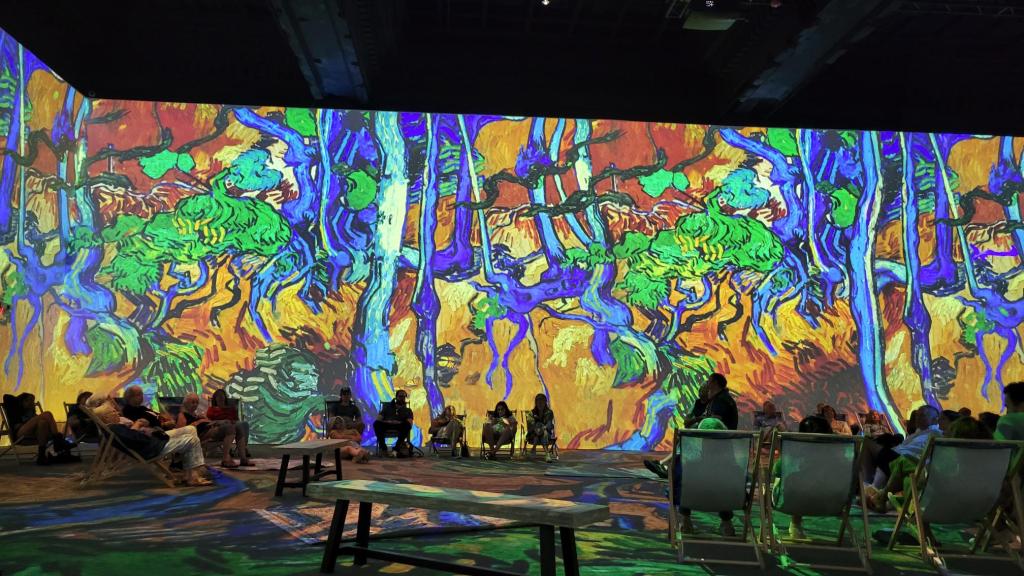 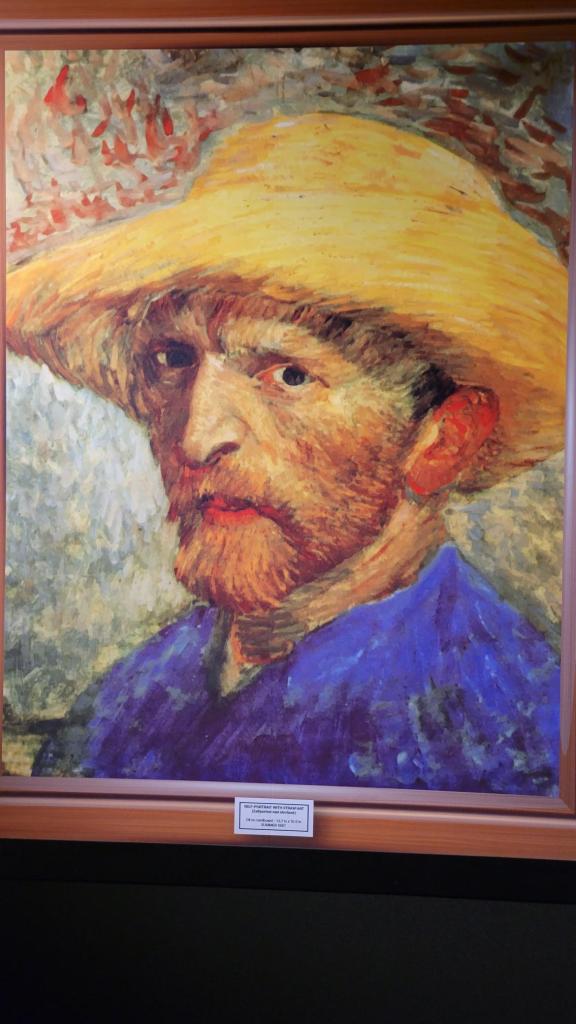 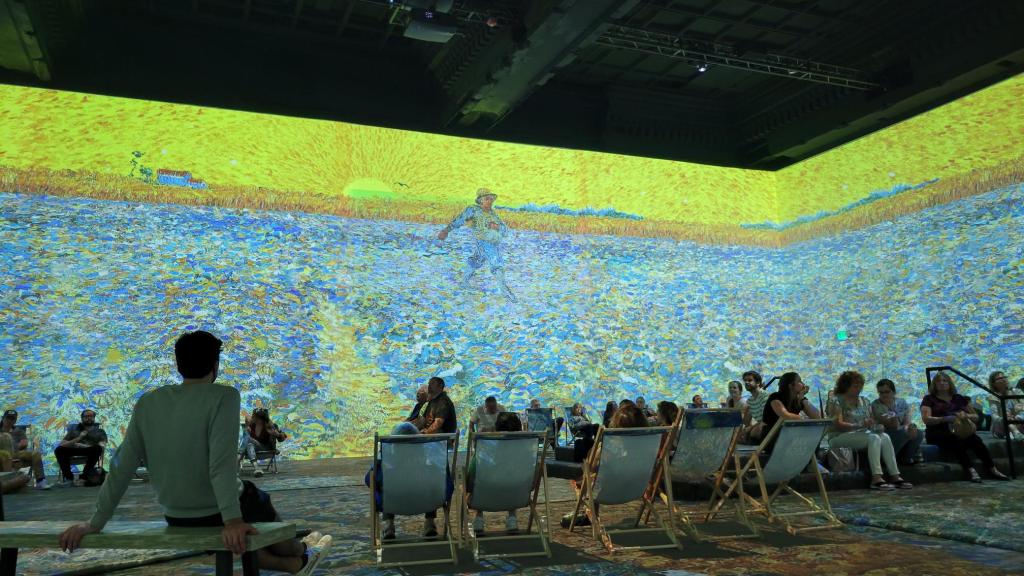 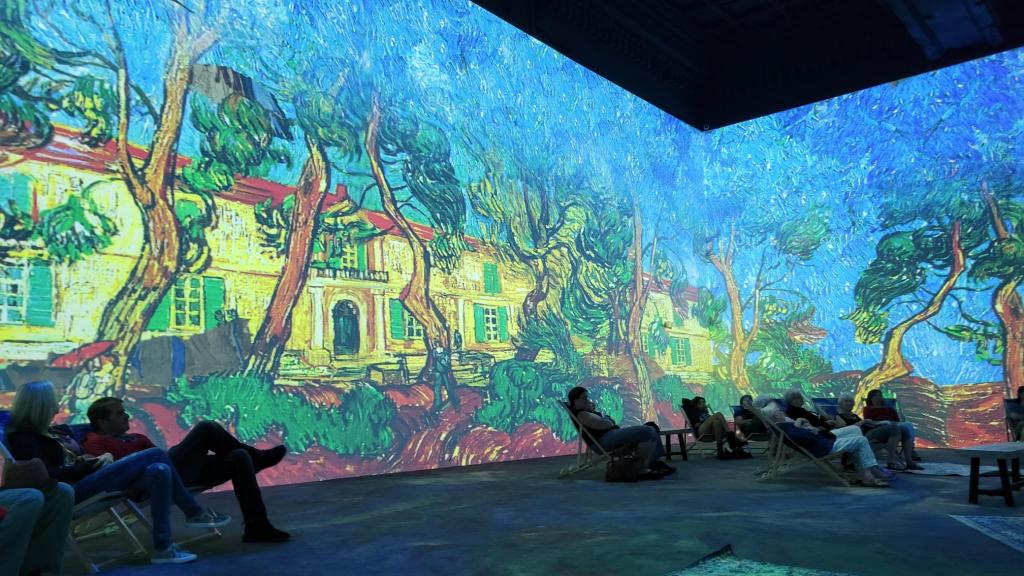 The Van Gogh immersion experience has been going on for many months now touring the country, and Ann and I finally had a chance to get to Cincinnati and see it Sunday August 21.  It is well worth the effort.  Some of our favorite 19-20th century artists are the Impressionists, and Vincent is of course one of them.  Set to the music of audio impressionists like Debussy and Satie and St. Saens and even Ravel this exhibit is a home run.   There are two galleries, the downstairs one tells the sad story of Vincent’s life, emphasizing that as an adult he struggled with psychotic episodes and end up in an asylum but before that we learned that his father was a Dutch Reformed pastor, and that Vincent actually once trained for the ministry, though he did not pursue that career.  For the record, Vincent painted the famous Starry Night picture while looking out the window in the asylum.  He committed suicide at age 37.  Above is his last known painting done only two days before he shot himself, a painting of tree roots (the fourth picture up from the last one).

Vincent was famous for his use of color, perhaps more than anything else. What fascinated the impressionists was light and how light or the lack of it could dramatically change the colors of something. It raised the question, is the color in the object or in the lighting, or both?  The focus is indeed on the impression the object makes on the human eye under certain lightings.  Hence Monet’s famous four paintings of the same Rouen cathedral from the very same spot and angle, but as the light changed during the day on the face of the cathedral.

Things we learned this time about Vincent is that when he cut off his ear, he sent it to a nearby brothel he apparently had frequented, wanting the girls to literally have a piece of him.  Vincent had 3 sisters, but it was his brother Theo’s wife (and Theo was by far his closest sibling, to whom he wrote some 632 letters— see the Penguin edition of his letters) who acted as the collector and preserver of Vincent’s art.  We also learned that there was manic sort of period late in his life when he would make 100 paintings in a week or so. Just amazing.  We learned more about his friendship with Paul Gauguin, another impressionist.  Gauguin visited Vincent late into his life and they got along well for some weeks, but then there were times when Vincent’s brain went off the boil and he argued and even became aggressive with Gauguin.  Gauguin in fact went to the local police when Vincent cut off his own ear, and at first the police were going to charge Gauguin with attacking Vincent, but that was resolved.

Vincent’s sad and troubled life nevertheless produced some of the most treasured art of the 19th century, and it demonstrates that even the mentally ill if given a chance can contribute something valuable to the world in terms of beauty, truth, and love.

September 7, 2022 Alpha and Omega Watches
Browse Our Archives
Related posts from The Bible and Culture