The Zurich of Zwingli and the Grossmunster

Ulrich Zwingli was in many ways the unsung and under appreciated hero of the Protestant Reformation.  Here is his statue in Zurich, which as I mentioned before, like Geneva, became a Protestant town, dominated by two Protestant cathedrals downtown. The big one, as the name grossmunster implies was the church of Zwingli. 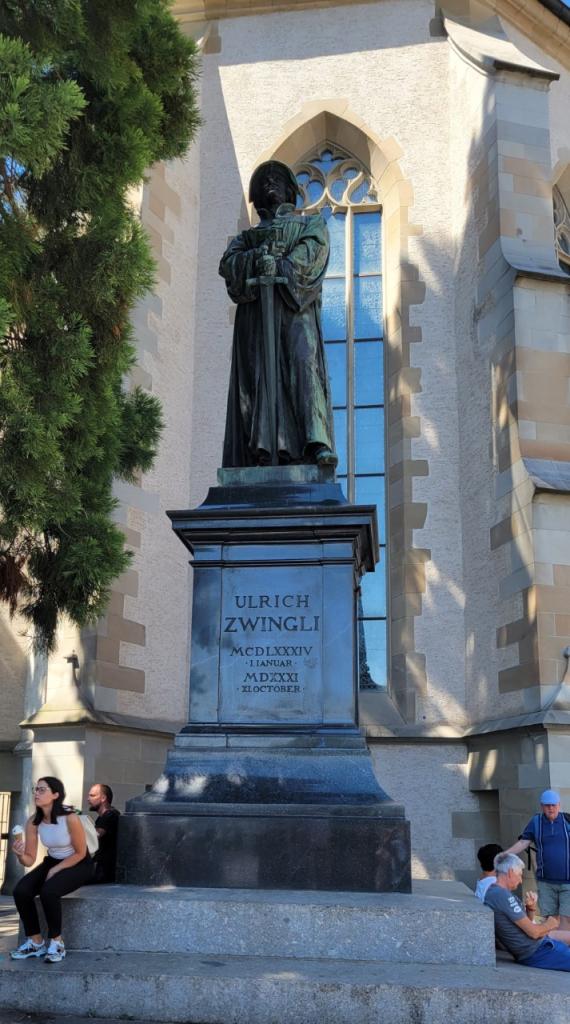 Zwingli was a brilliant scholar.  His rhetorical commentary on 1 Corinthians is still helpful today.  Unlike Luther he did not have as colorful or mercurial an emotional range, and was not given to hyperbolic statements like Luther.  Though they certainly agreed on ‘justification by grace thru faith’. Zwingli did not agree with Luther’s notion of consubstation, the idea that the literal body and blood of Christ was somehow mystically attached to the bread and wine.  He was however far from later low church Protestant notions of ‘its all symbols, a memorial ceremony’.  His church, with its two huge towers, of course has gone through many centuries of additions and changes, including adding some modern stained glass windows.  Notice that the baptism font is not outside the door of the church but at the end of the aisle leading to the high altar, and coupled with the podium for reading the Scriptures.  For Zwingli, both the Word and the sacraments were central to worship. 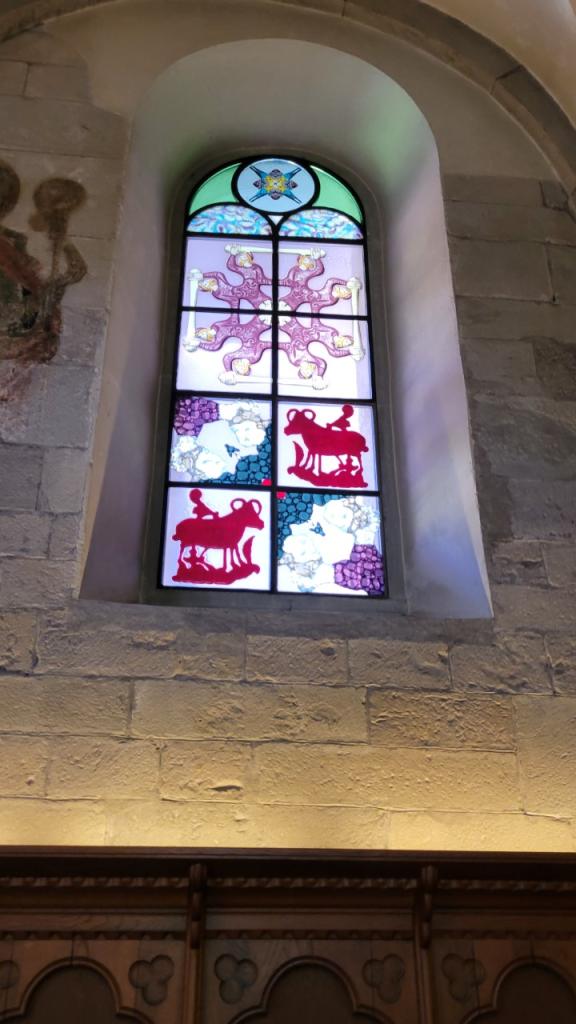 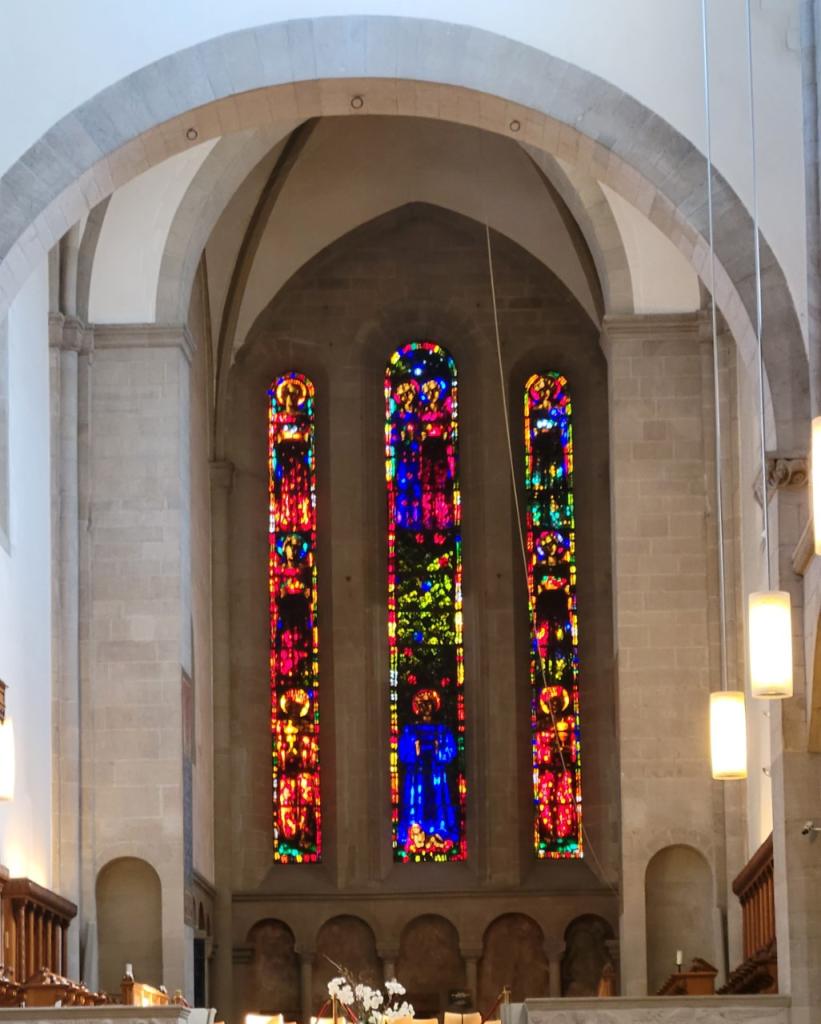 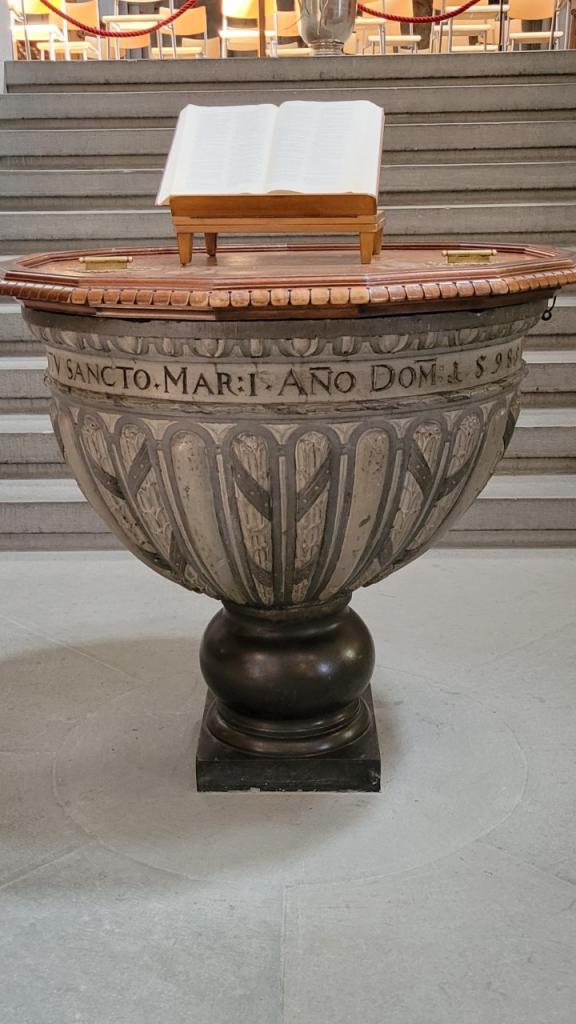 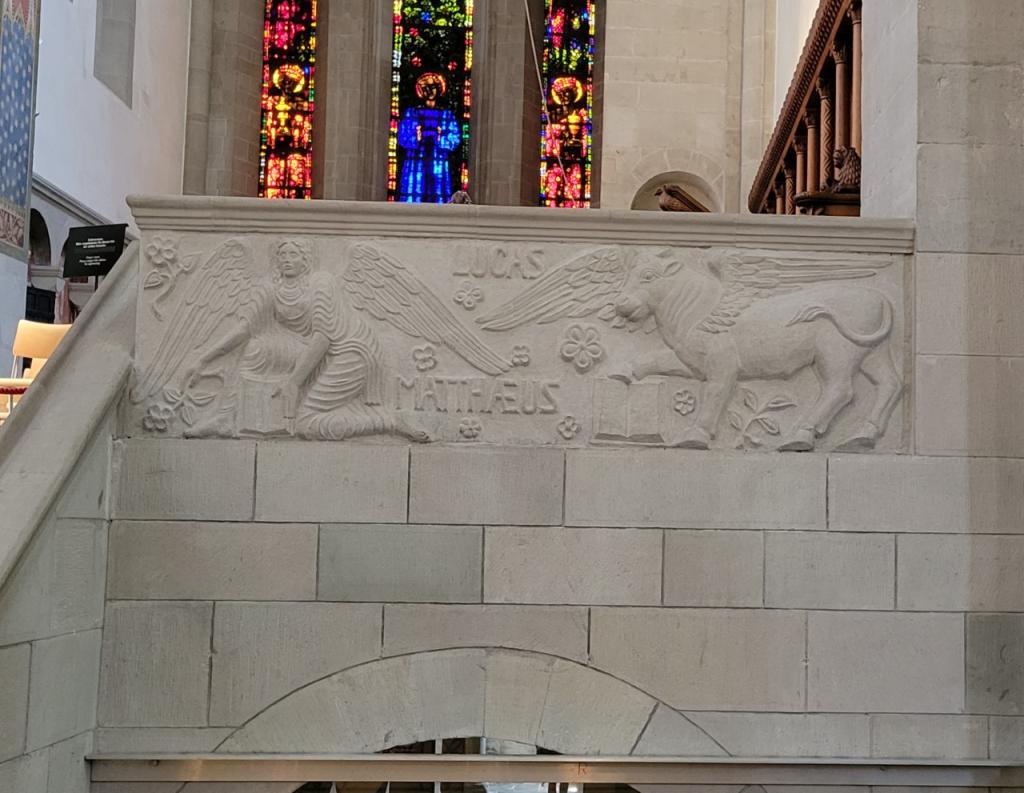 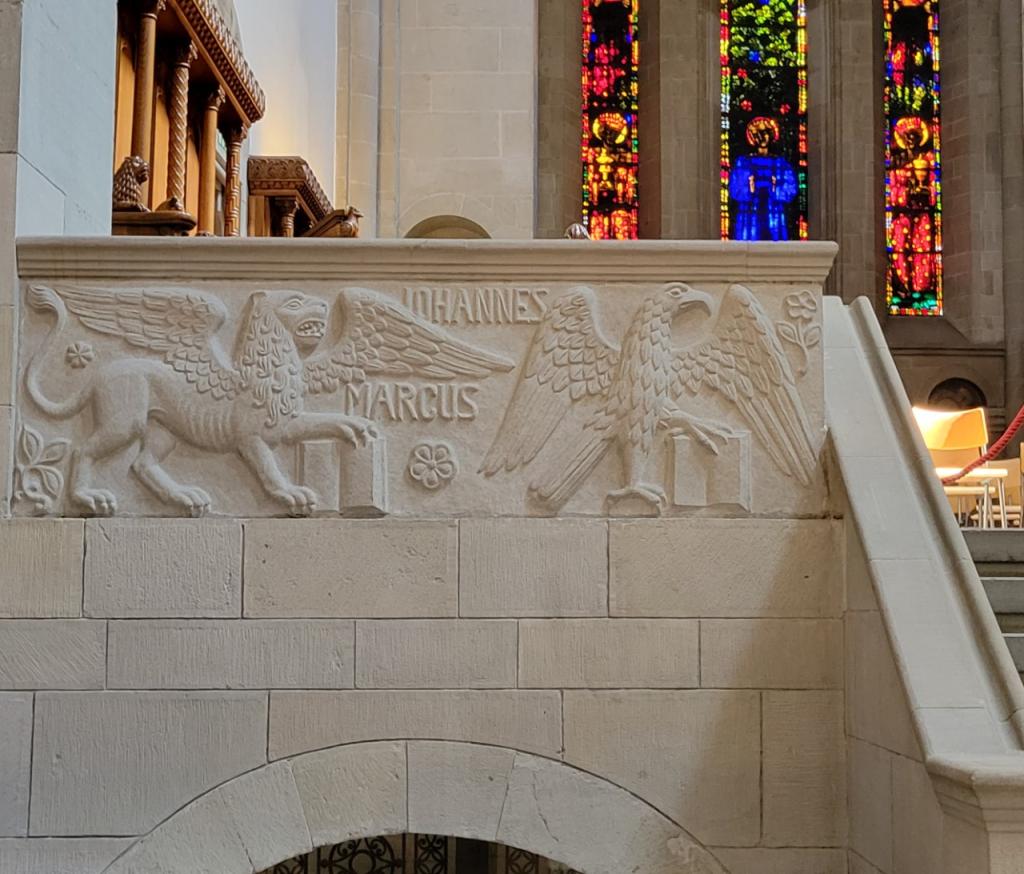 There are remnants of the oldest period of this church… 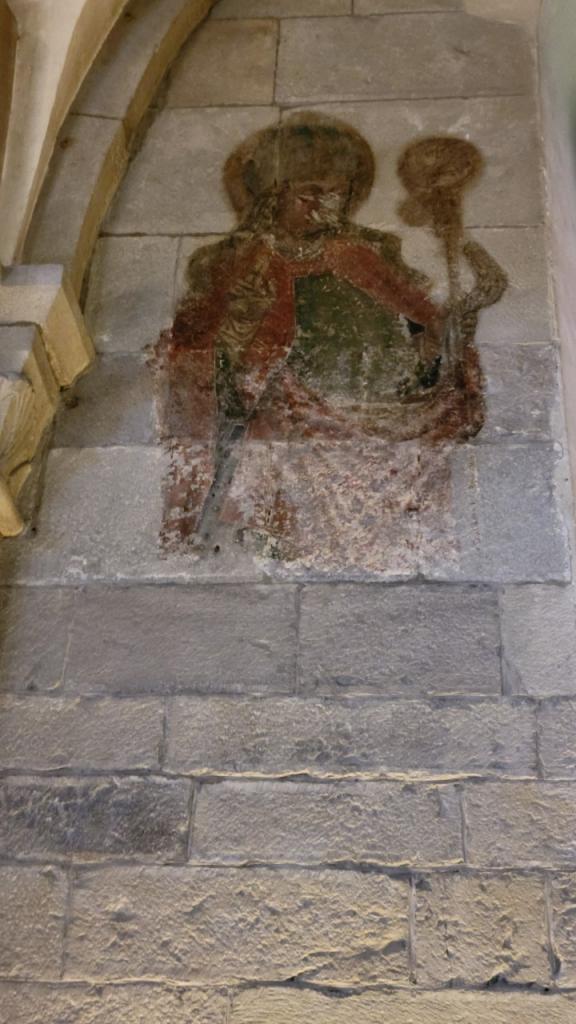 And on the outside wall a statue honoring Bullinger, another neglected hero of the Reformation. 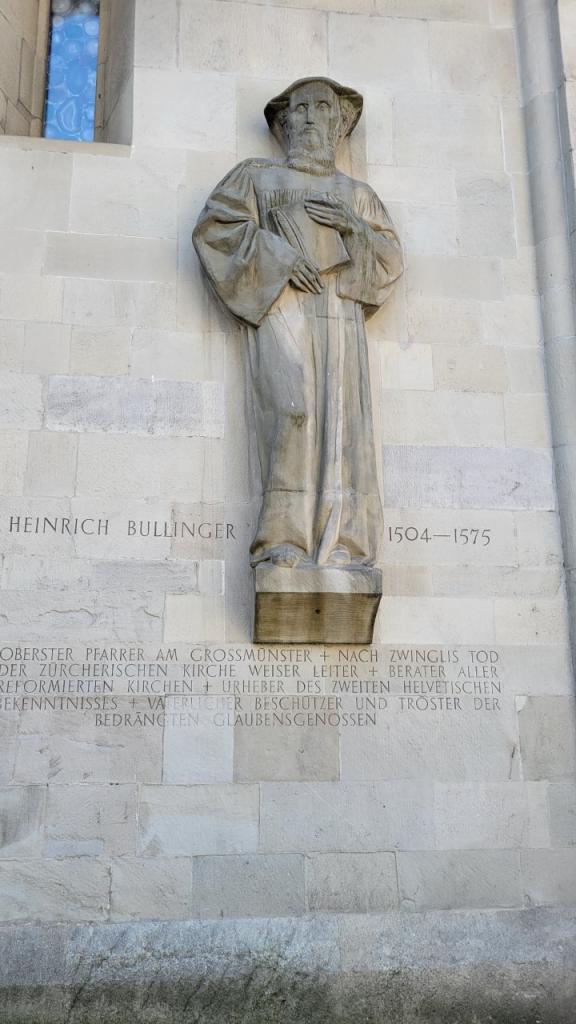 There is a traditional side pulpit… 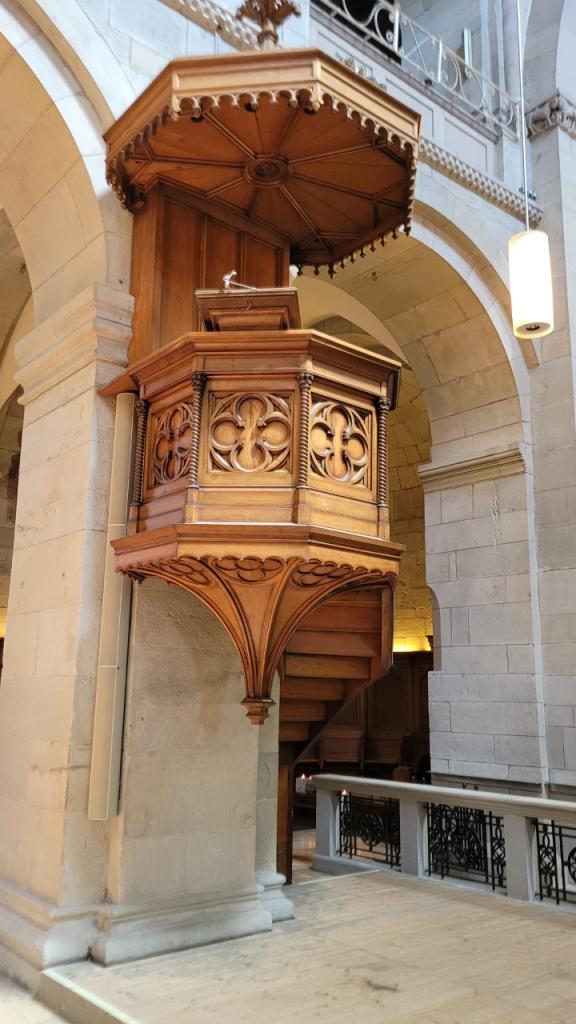 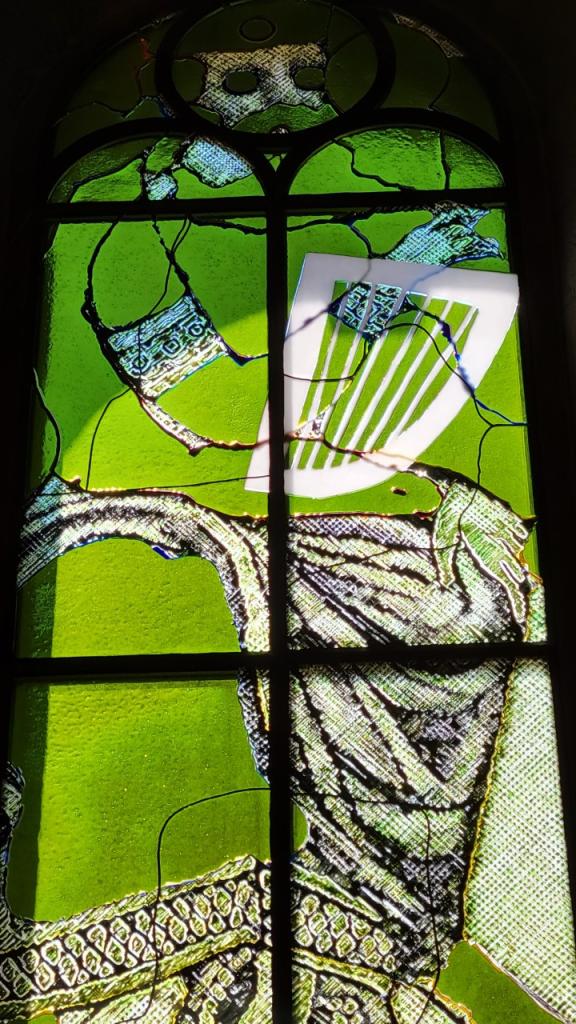 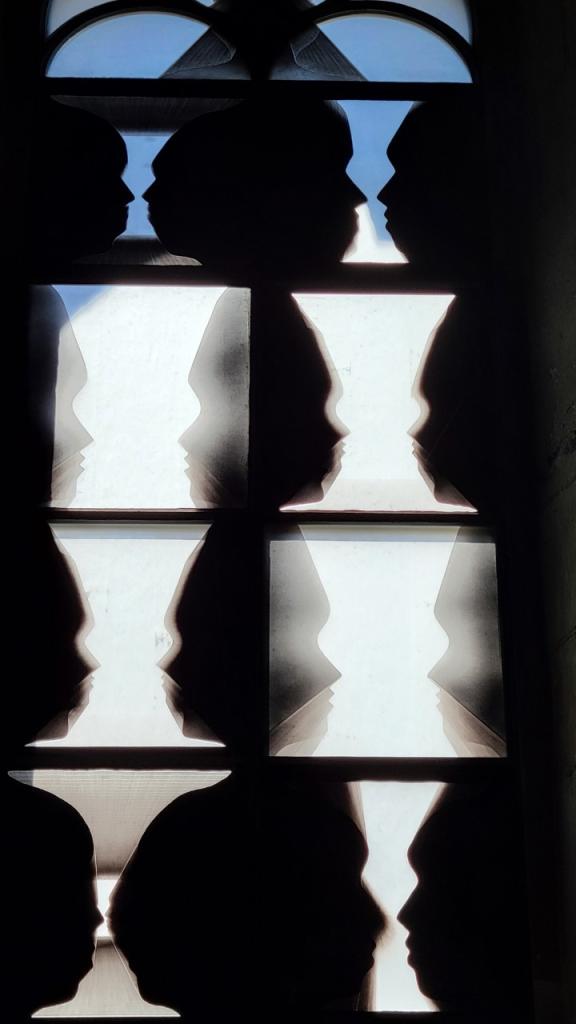 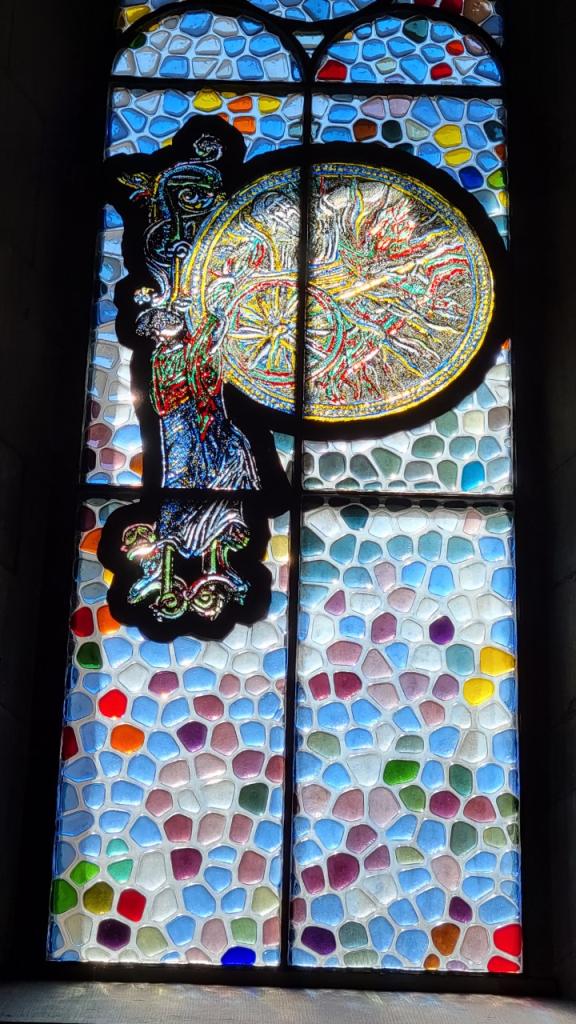 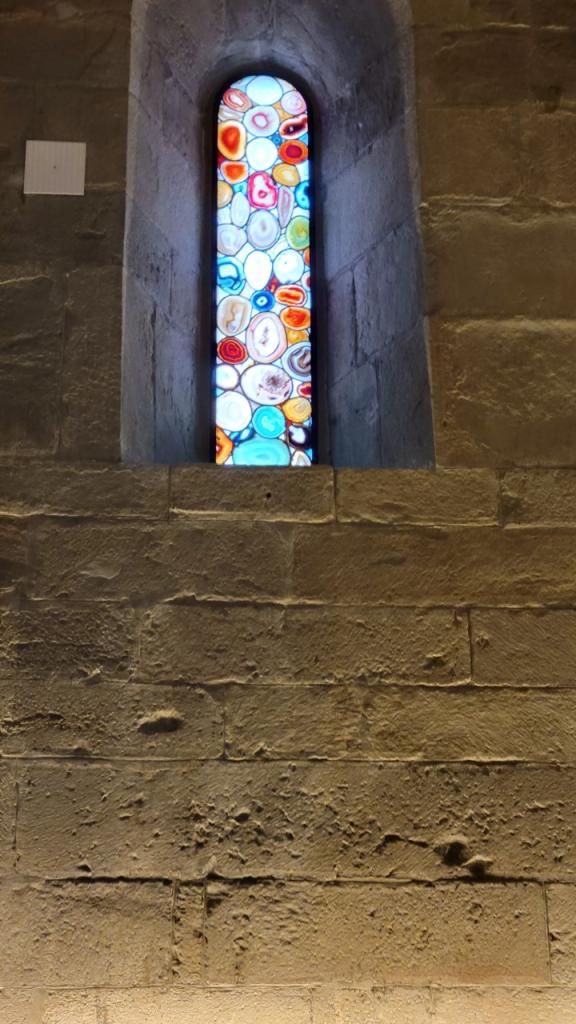 While the church seems large from the inside, from the outside it really dominates the landscape, what with the river running right beside it, and the bridge over the river leading to it. 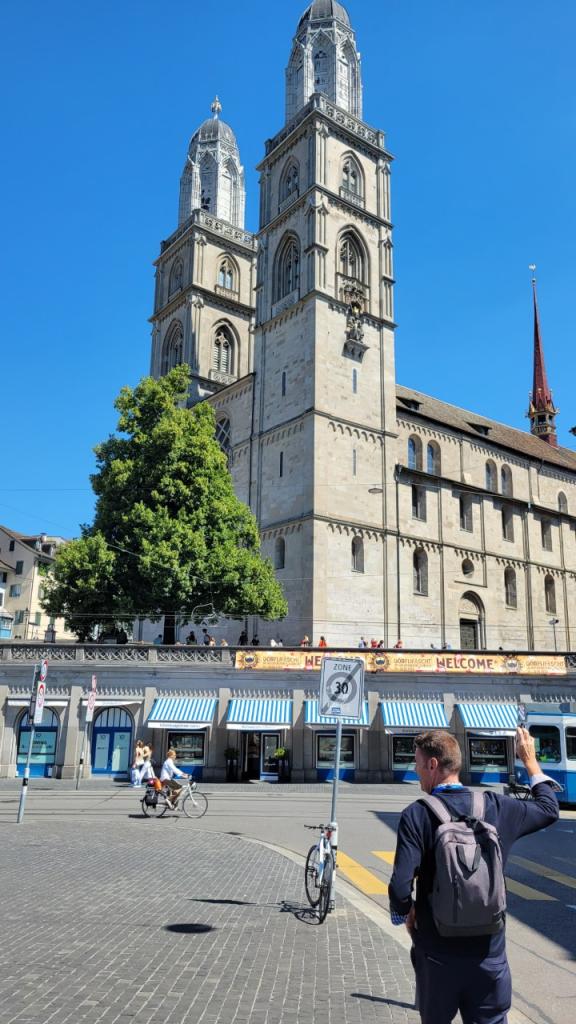 September 16, 2022
This Chocolate was Lindt to Me
Next Post

September 18, 2022 The Fraumunster Church in Zurich and the Marc Chagall Windows
Browse Our Archives
Related posts from The Bible and Culture