The Church in Rattenberg, an unknown Saint, and Two Merry Maids

Let’s start with the Merry Maids—– you guessed it, it’s Ann on the right, and the cool one on the left, her sister Elaine

The church is very odd. It has a central aisle, and then another aisle on the left, and none on the right. Perhaps because the one on the right was added later to honor St. Notburga.  Here’s the tale told about her… 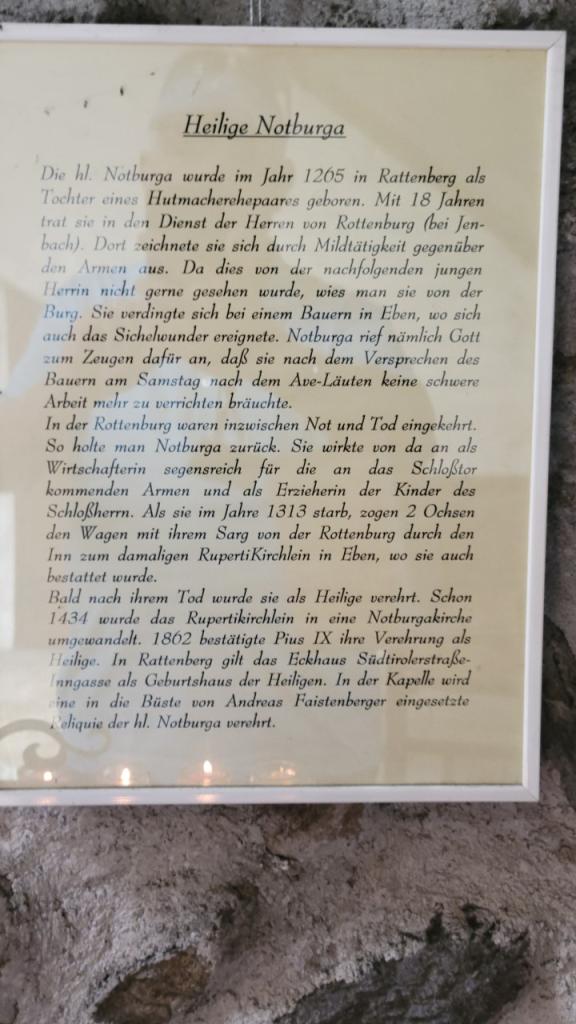 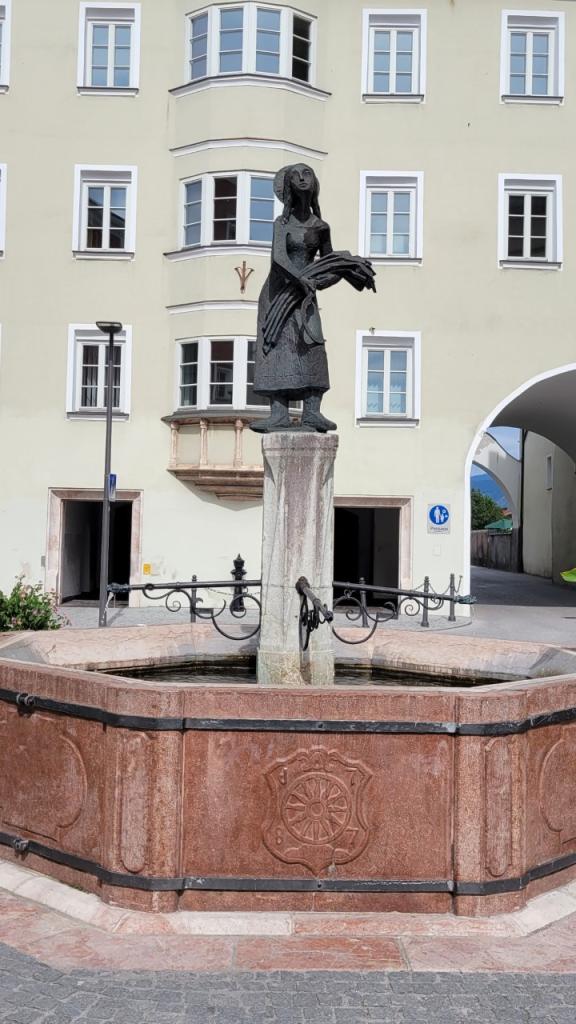 That’s her in the town square, and what she is famous for, among other things is feeding and helping the poor and the children. 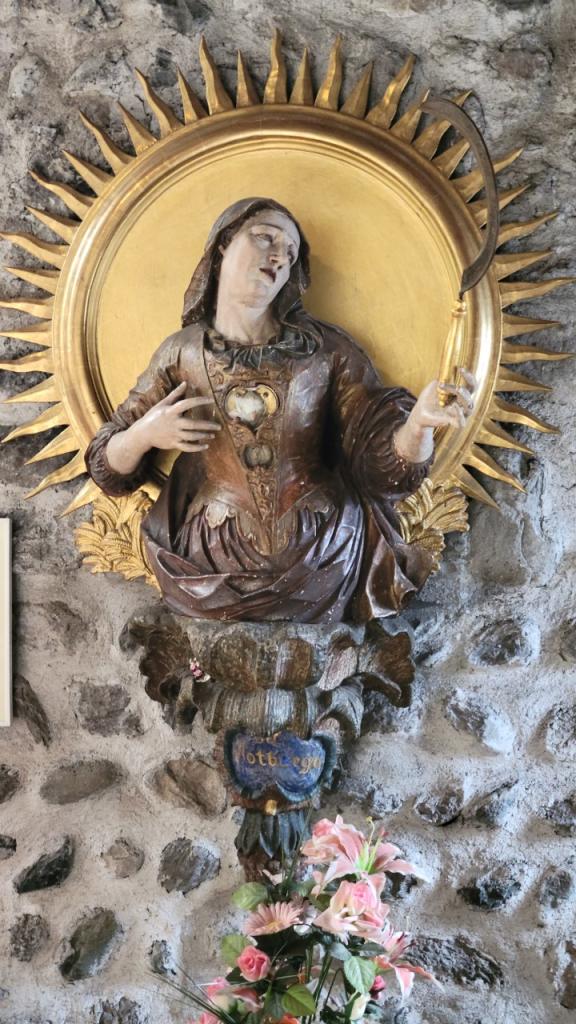 This is her in the right aisle of cathedral with the sickle in her had, harvesting grain for those who needed it.  There is also a little chapel dedicated to her memory in the back of the church up some stairs. 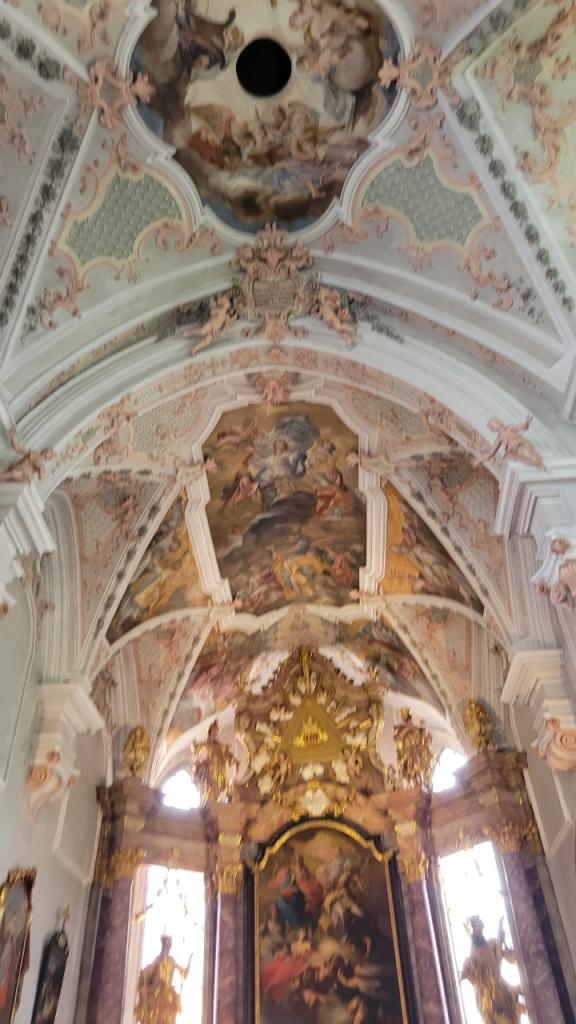 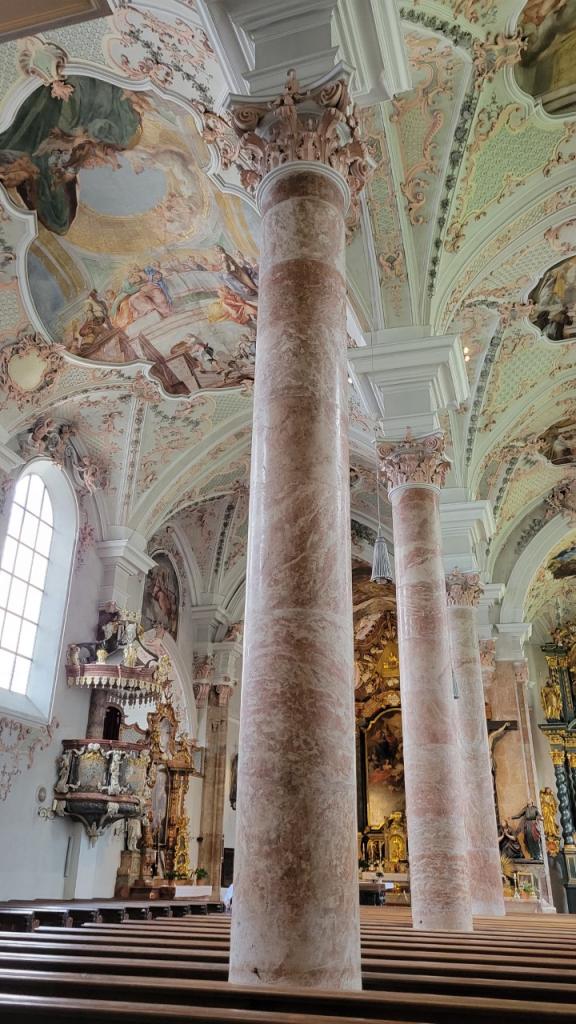 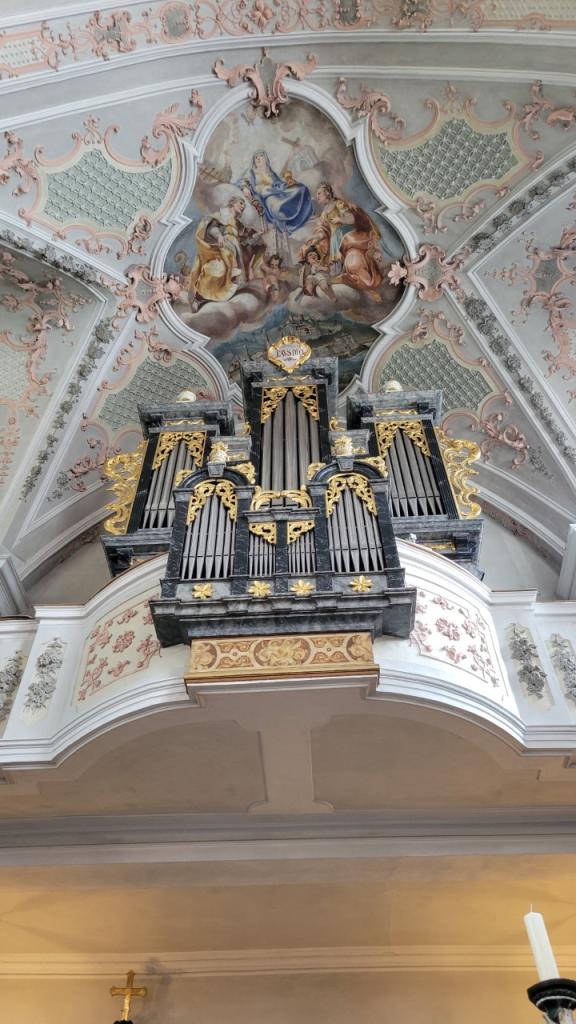 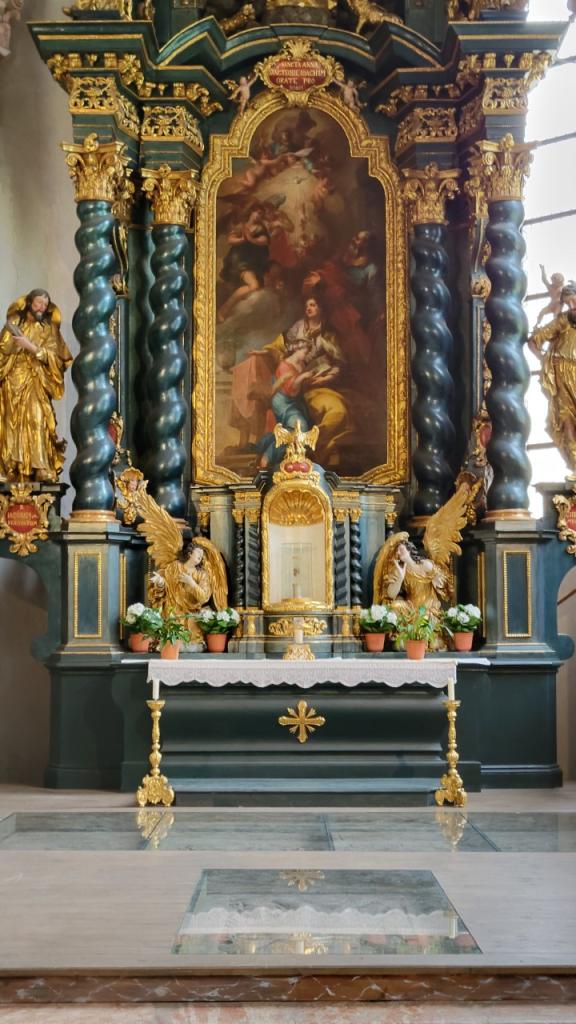 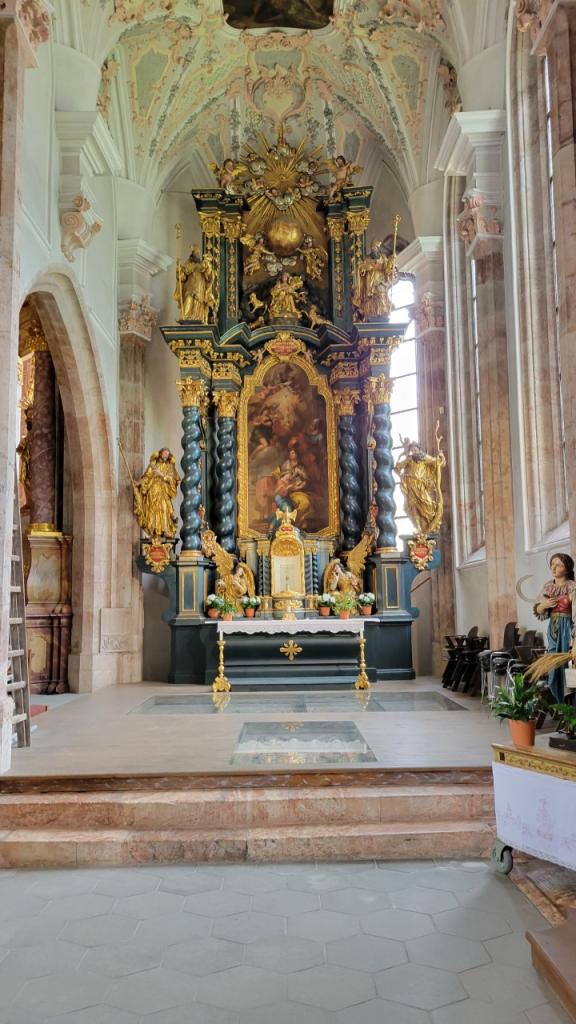 The church is very ornate in the baroque style, and these last two shots show the right side aisle honoring St. Notberga. Notice the green columns like the Bernini columns in St. Peter’s in the Vatican. 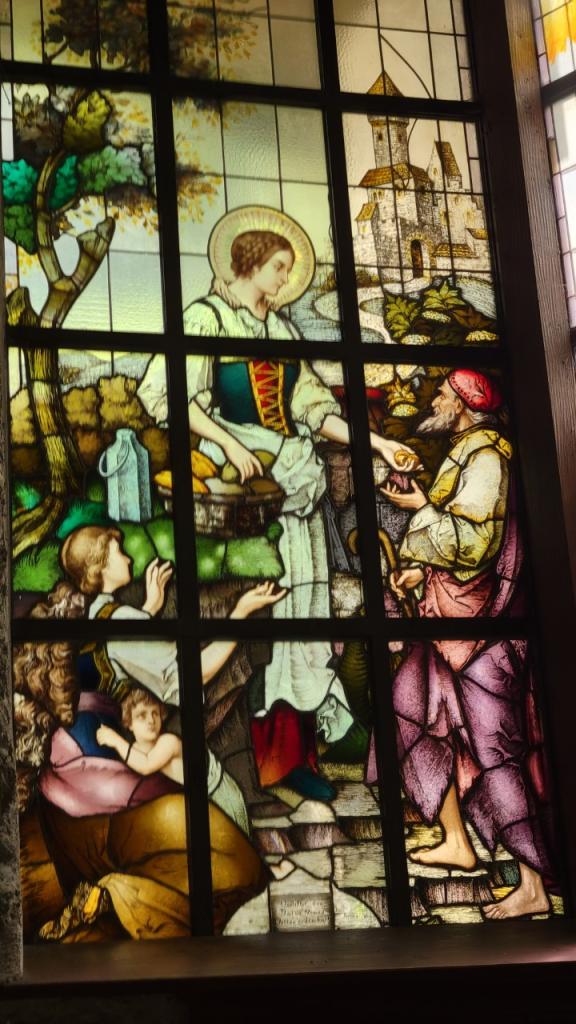 And yes there is even a stained glass window honoring the saint.   The village itself was worth exploring a bit more as well.

Notice the wooden breezeway between an apartment on the left and the building on the right. 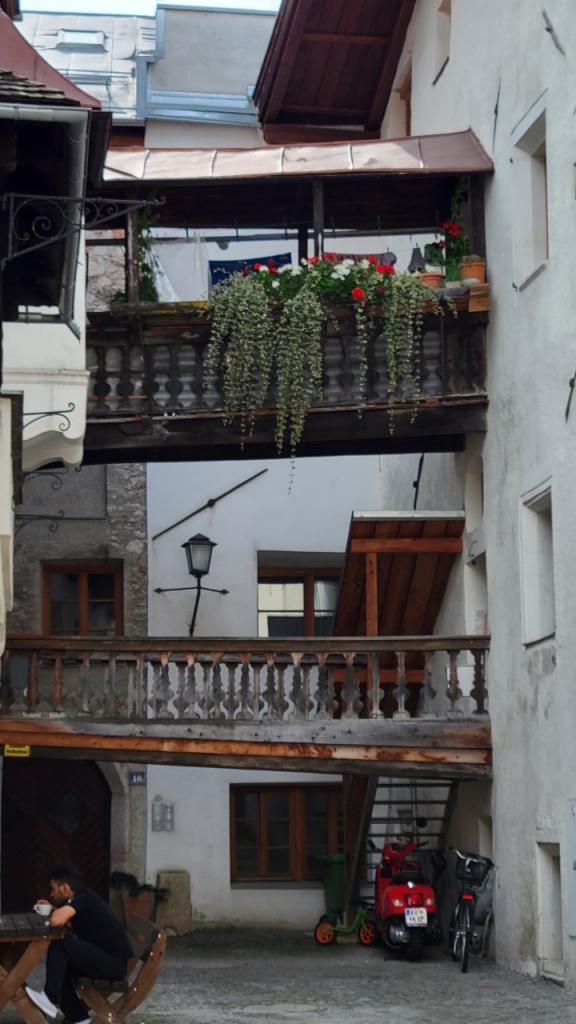 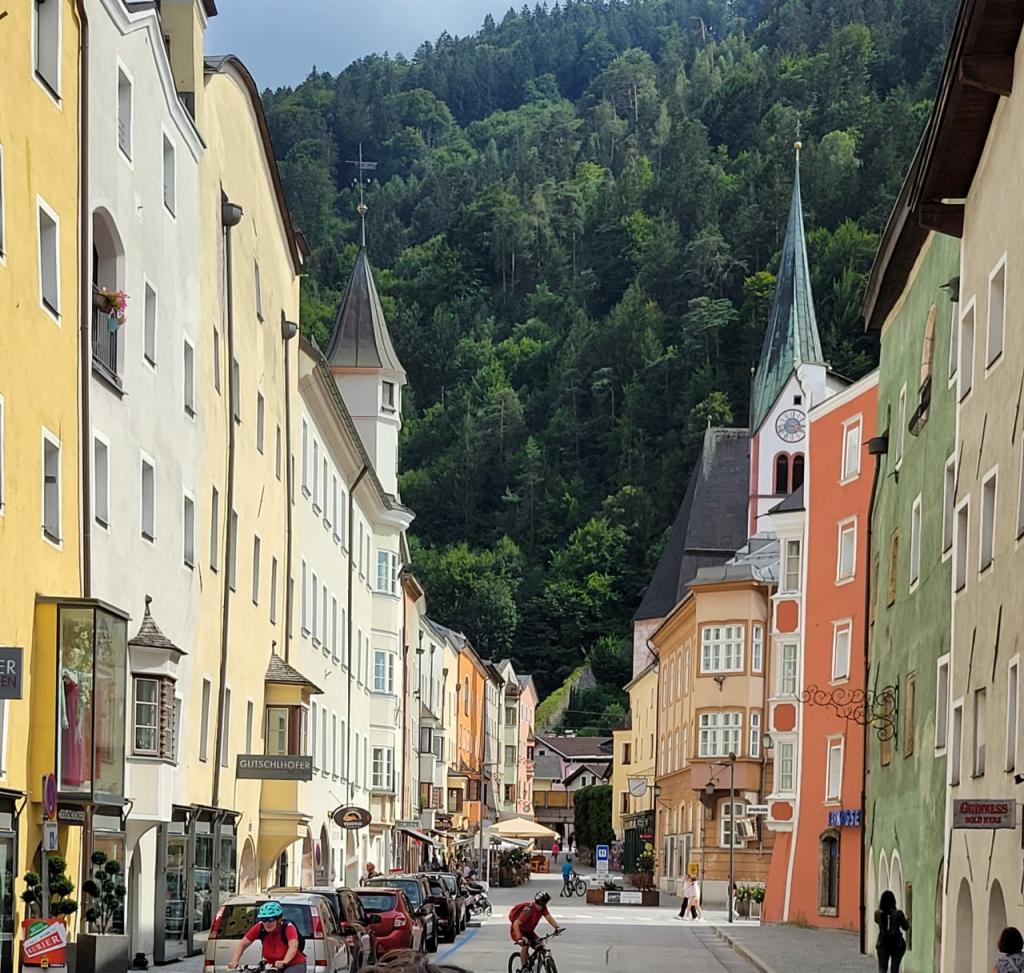 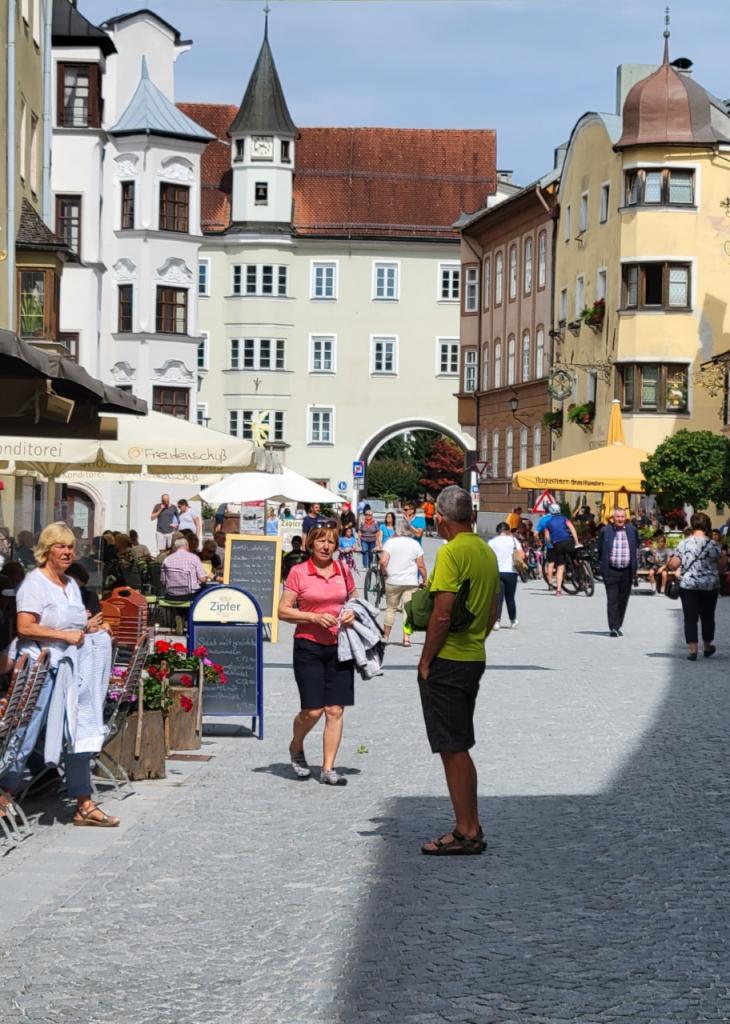 I do love old medieval villages like this one. 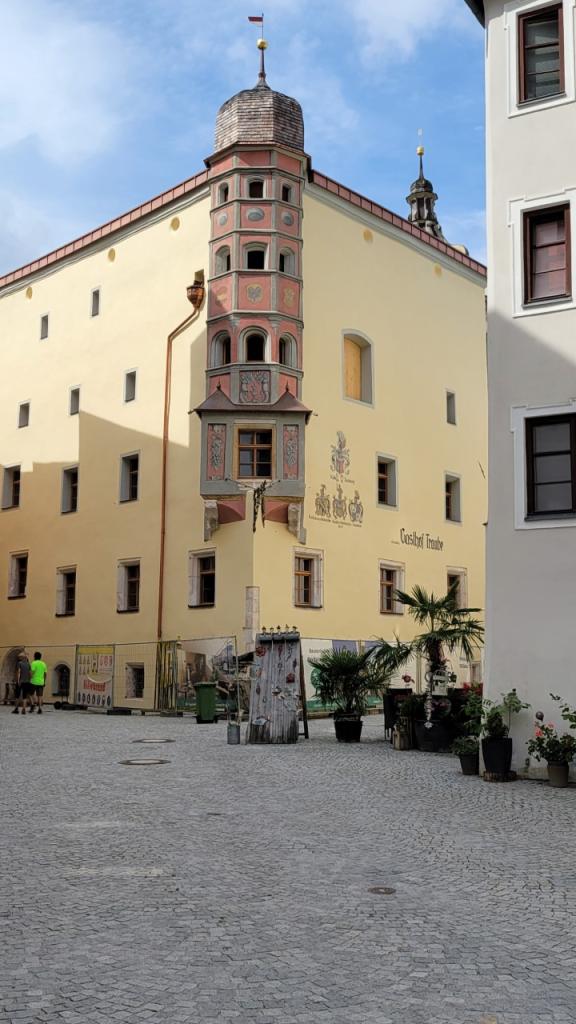 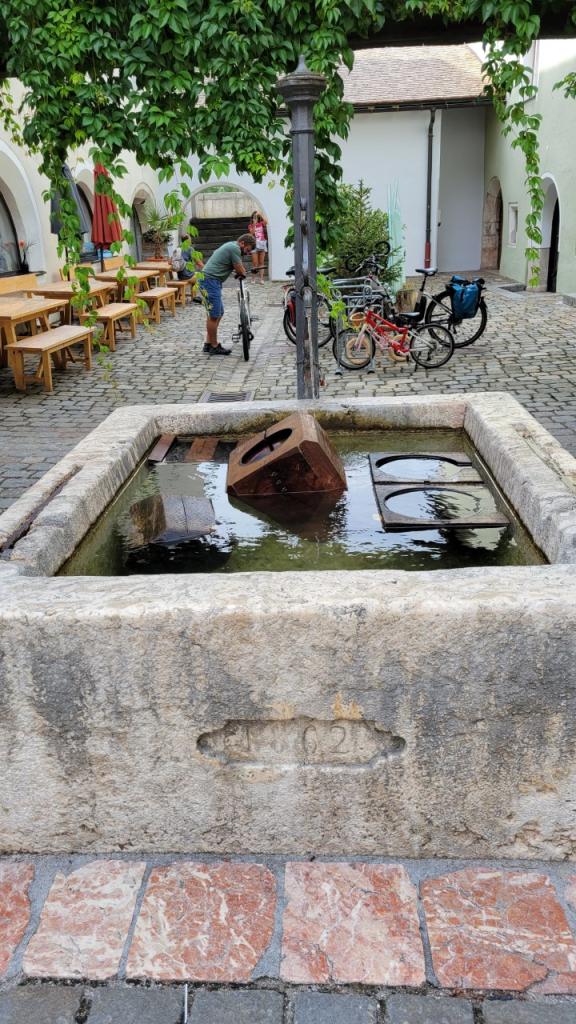 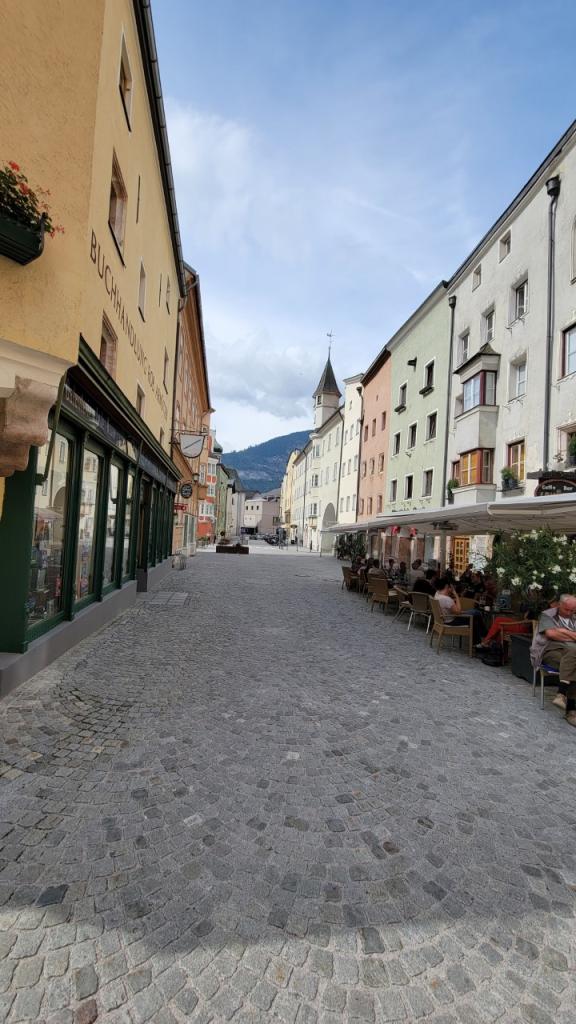 I do however have a question— why exactly would this town be attempting to put on a play about Cervantes Don Quixote? 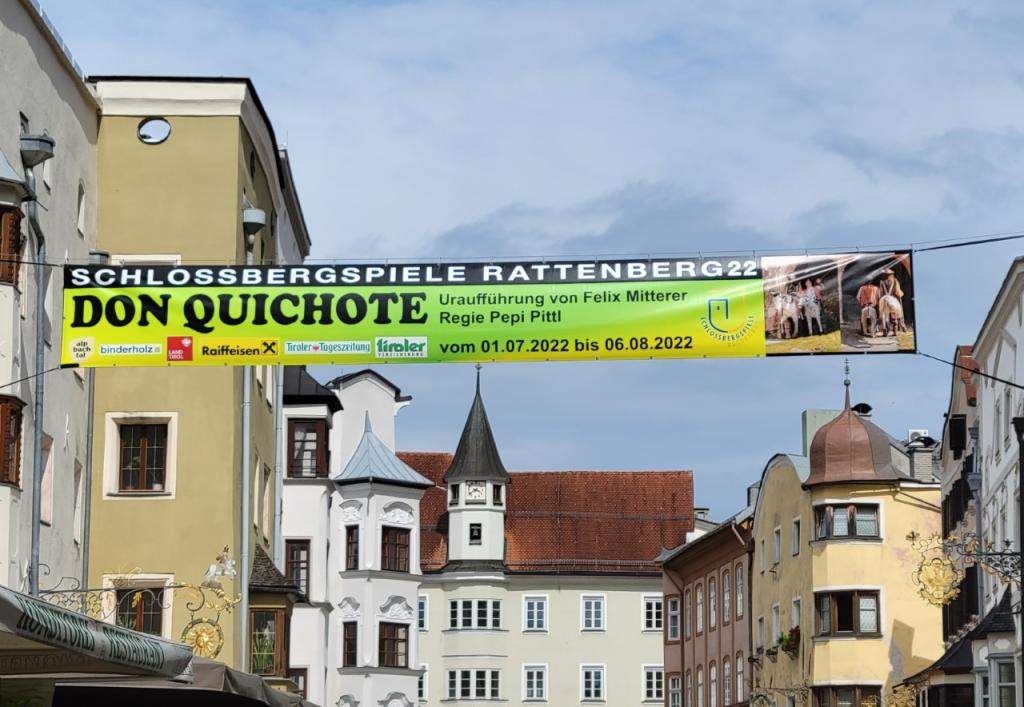 And do it in hoch Deutsch, except notice that poor Don has had his last name turned into a quiche!!!!

Oh well, it’s an interesting town, down, by the riverside. 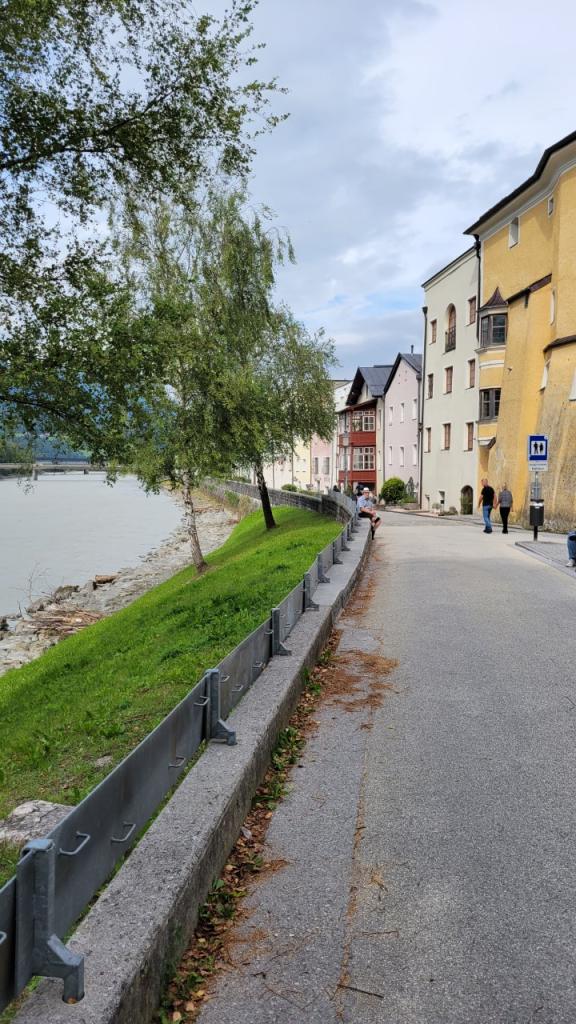 September 25, 2022
The Achensee, Achenkirche, and the Rattenberg Glass blower
Next Post

September 27, 2022 A Rococo Church in the Meadow (aka in the Middle of Nowhere)
Browse Our Archives
Related posts from The Bible and Culture