Before the Lutheran Church of Germany became Nazified before and during WWII, there was a long history of anti-semitism going back to Luther himself, unfortunately.  And while much has been done to repent of that, and amend the way the Passion Play has been done, and amend church life in the Lutheran Church in that country, there are sadly still vestiges of that past even in the existing Lutheran Church in Oberammergau today. The modern Lutheran Church there has stained glass windows in it from the 1928 version of that church. Most of the windows are alright, but one of them has a stereotype of Jews taunting Jesus while he is on the cross and depicting Jews as demonic in appearance and/or character as my friend Amy-Jill Levine pointed out to me.   These depictions match up with other such anti-semitic depictions from that era. This window needs to go…..

Here are some other non-objectionable things found in this same church. 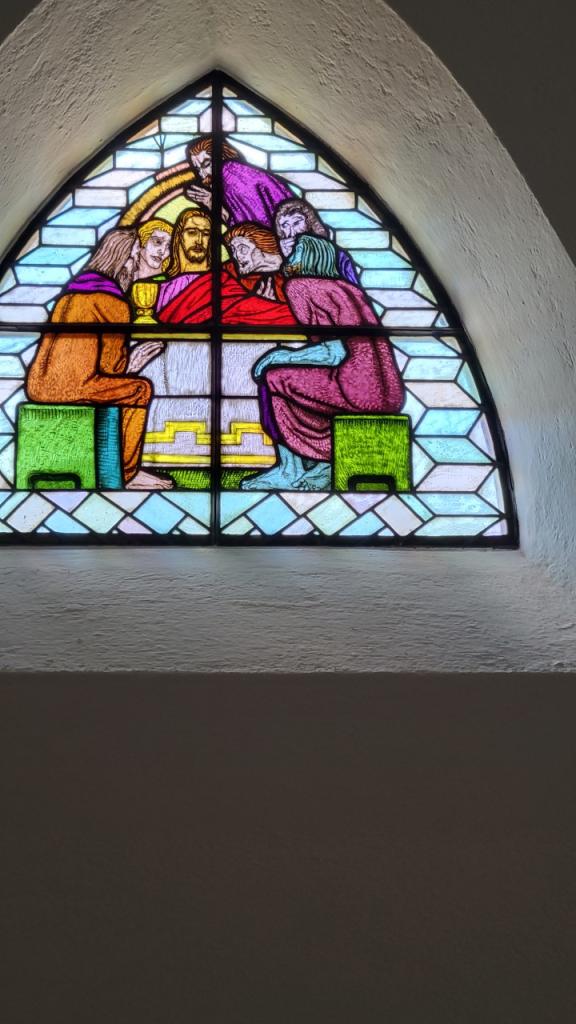 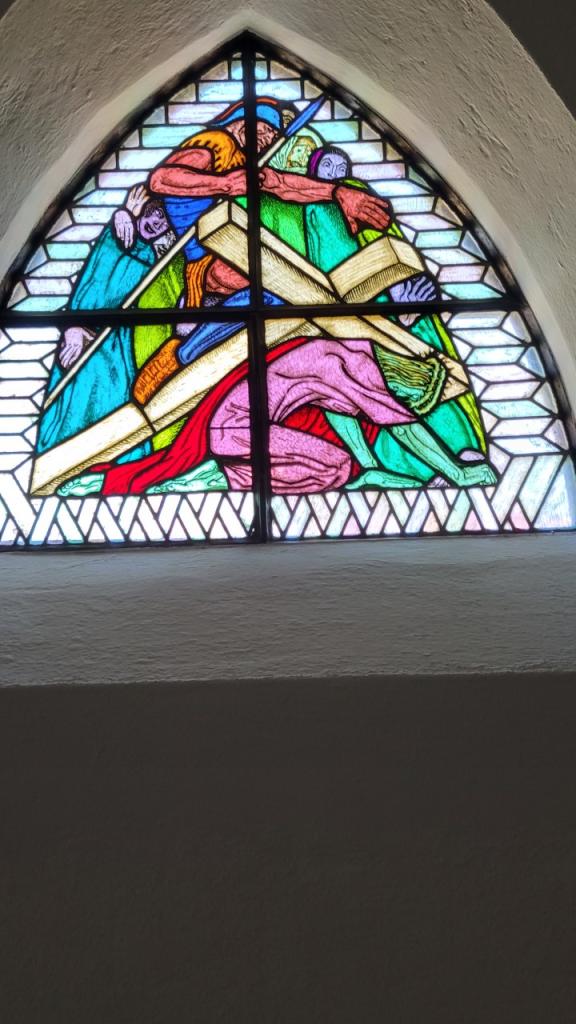 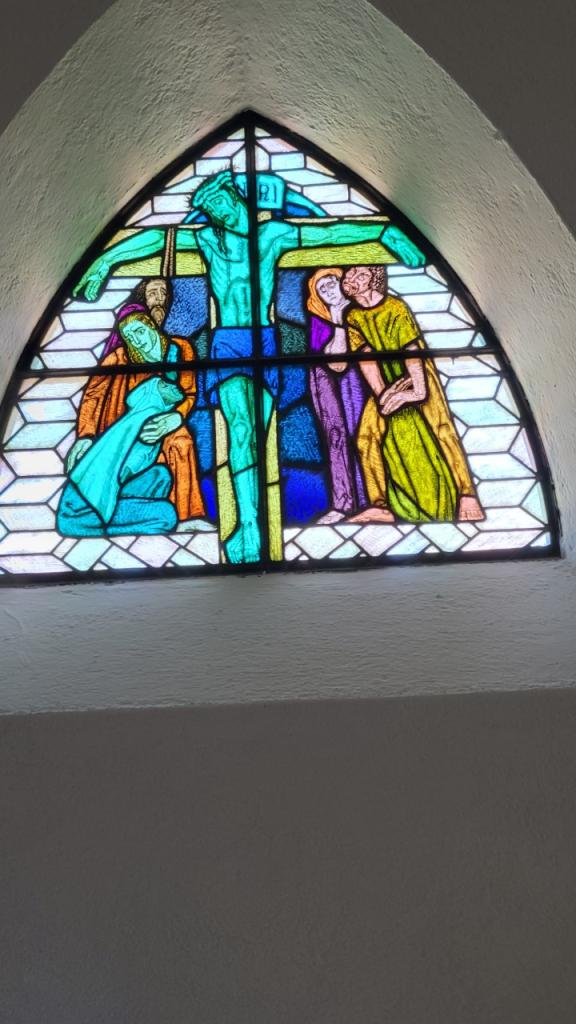 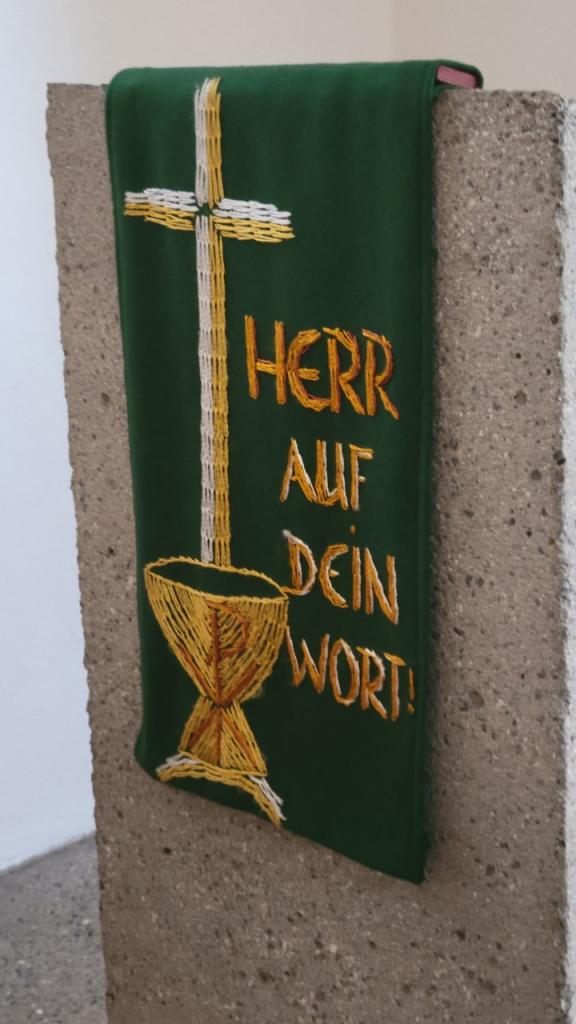 Jesus of course was a Jew, and there is irony in this banner because it suggests the church is taking Jesus the Jew at his Word, or more literally ‘Lord, on thy Word’ the same Jesus who said to his tormentors, both Jews and others ‘Father forgive them for they know not what they do.’  Here is the rather plain building that houses the Lutheran Church itself. 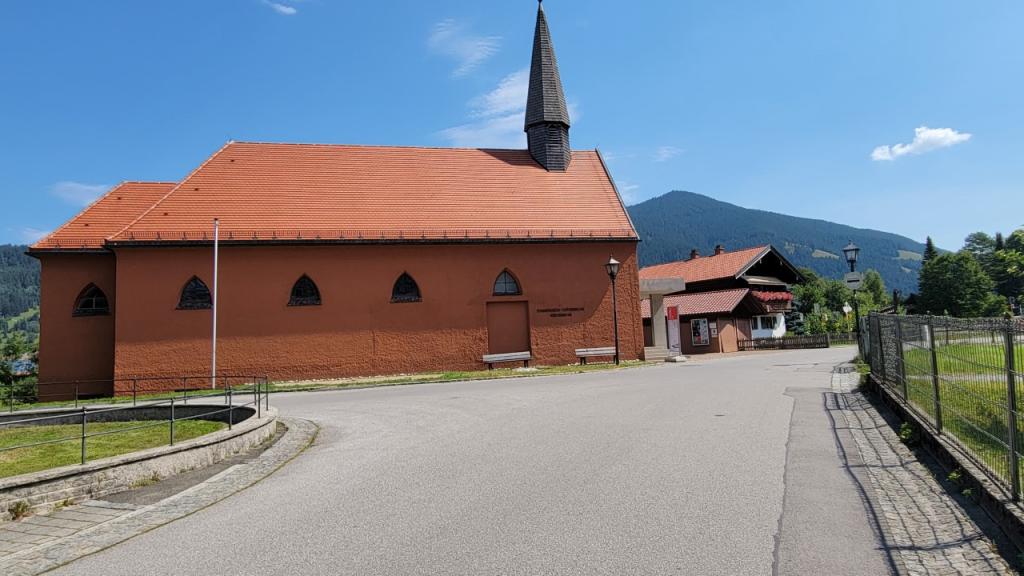 The church is just off the square where the playhouse is, and it is good to hear that it teamed up with the Catholic Church to jointly review and approve the Passion Play itself.  It is nonetheless a mystery why they left out all the personal appearances of the risen Jesus to the disciples after sitting through 5 and a half hours of the play.

Evangelical
Into Turkey-- Part Thirteen
The Bible and Culture

England and Wales are no longer majority Christian:...
He who is in you is greater than he who is in...
view all Evangelical blogs