Munich is a large industrial German city that was heavily bombed during WWII, and then rebuilt to replicate the old style of various of the buildings.  Today, it is still a city with large churches, office buildings, statues, town squares, and needless to say lots of beer halls.  This post will concentrate on the buildings, we will leave the beer, cheese, and meat tour for a subsequent post.  I should had this is also very much of a party and festival town, and not just at Octoberfest.  There’s a big celebration on May Day complete with elaborate May pole, and even in the beginning of August when we were there, there was a parade and an umpa band belting out umpa classics for the crowds in the markets. 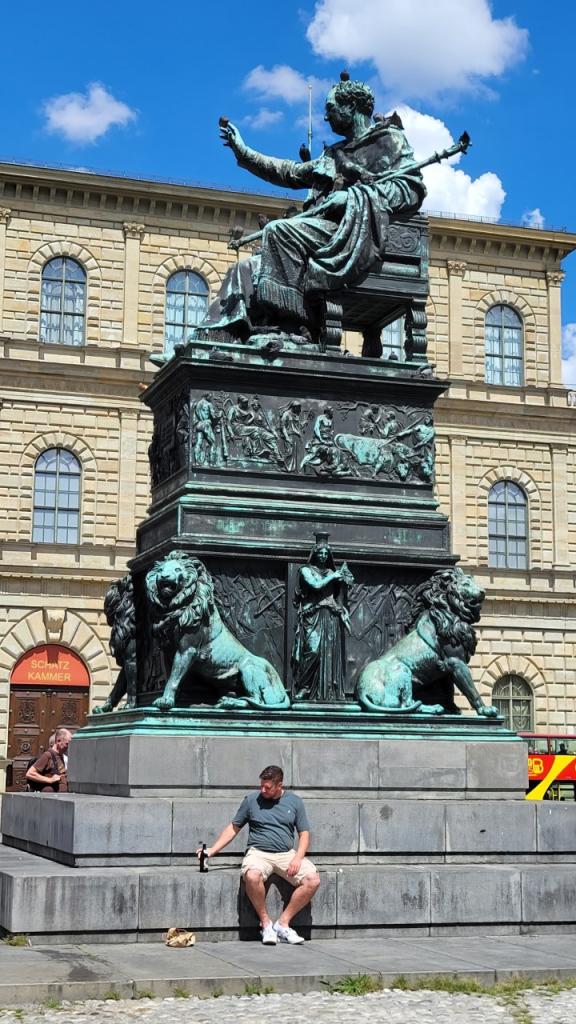 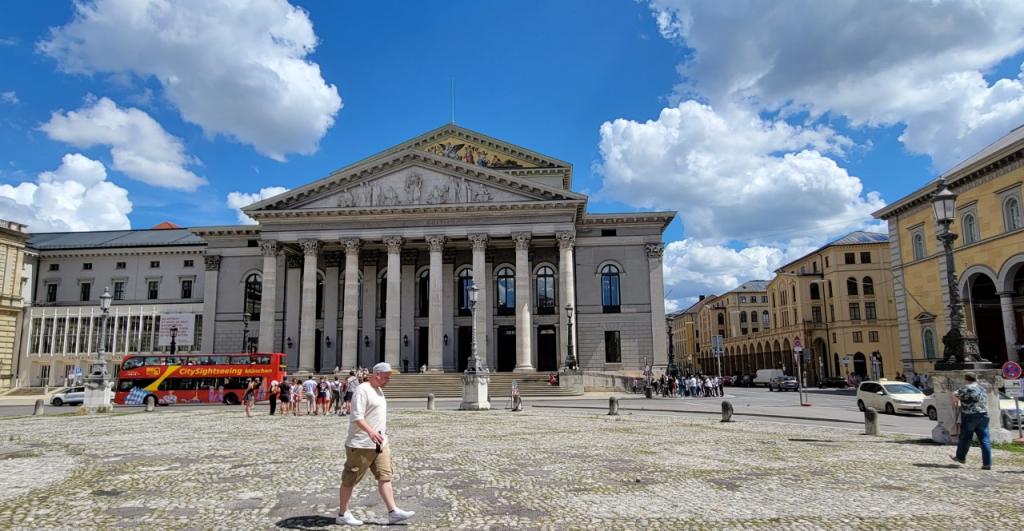 This is the opera house in Munich. 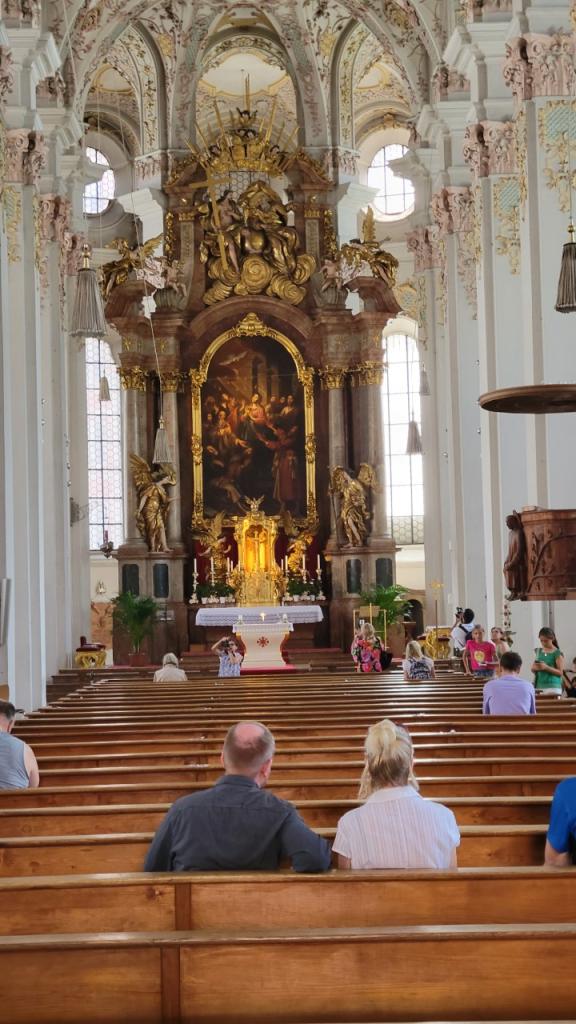 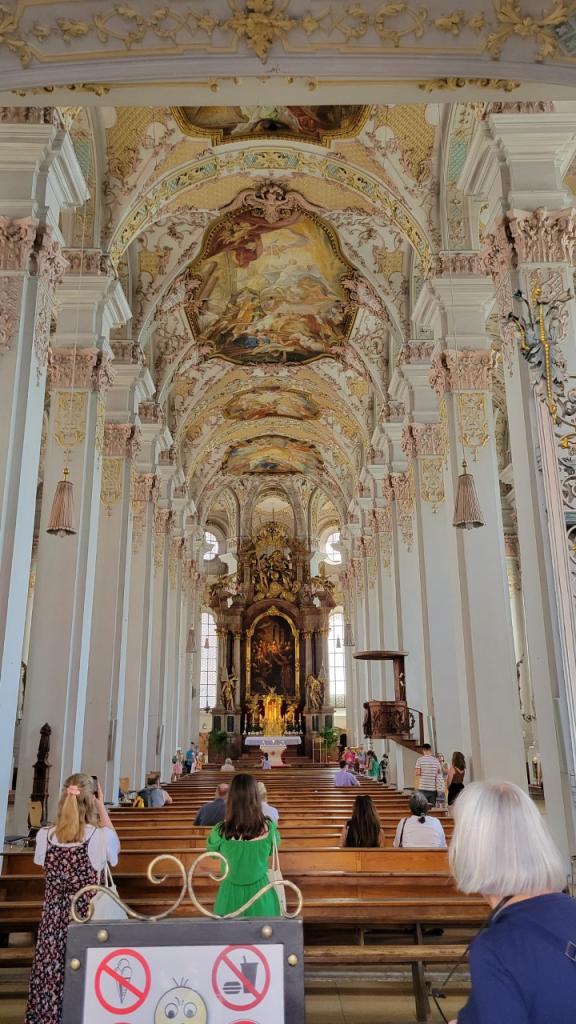 These are shots from one of the main cathedrals in the central square…. notice the no fun sign at the entrance.

Just outside there are musicians and street artists performing for tips. 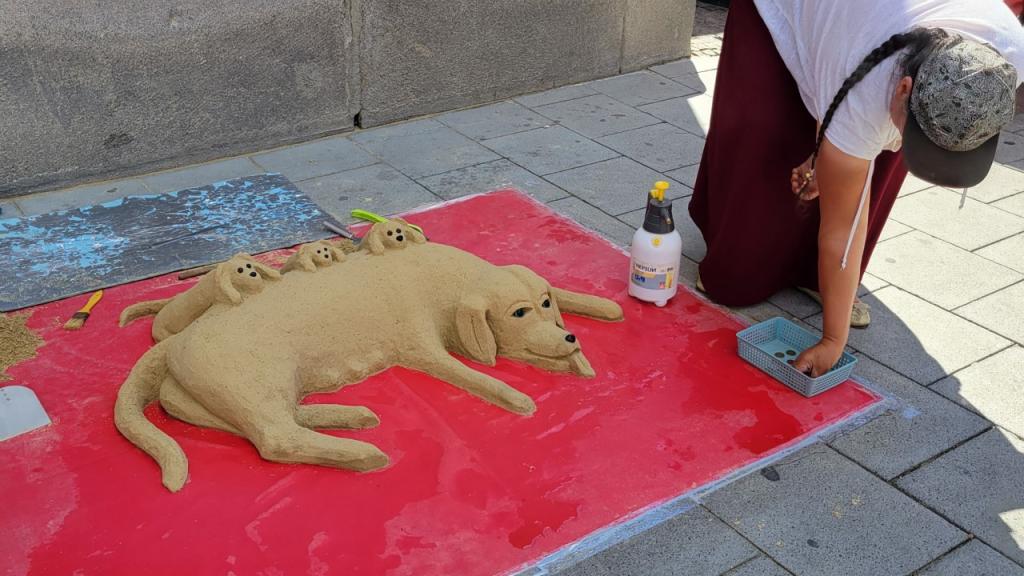 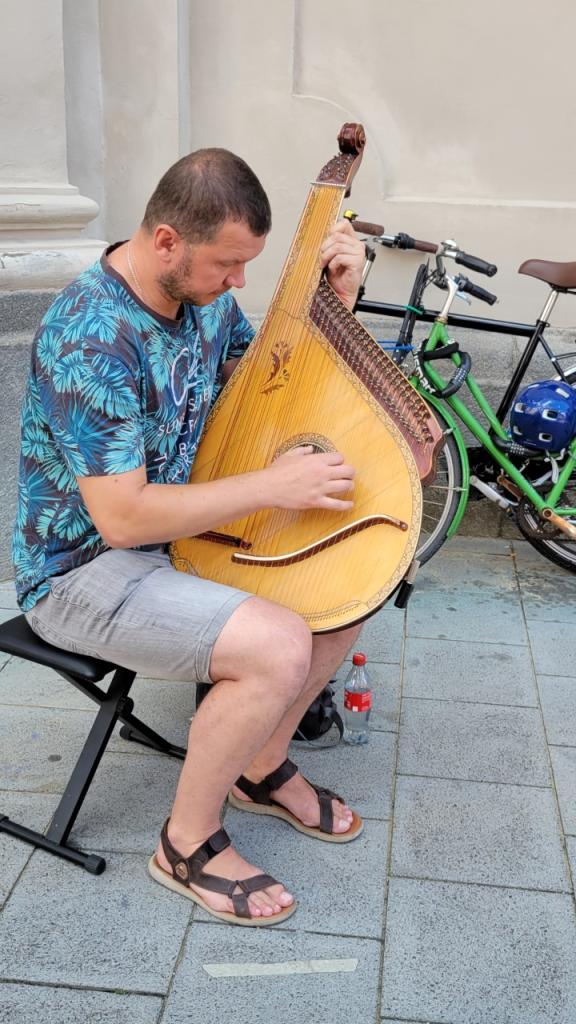 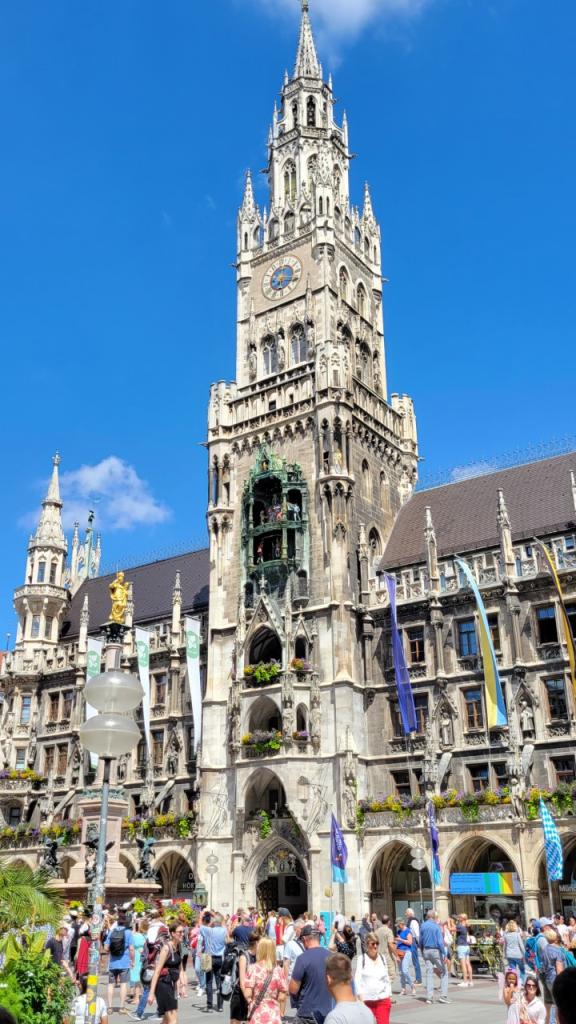 So many of these European towns have central plaza or squares or piazzas where the town congregations, especially on shopping days, and where traffic is basically banned.  We would do well to think about this in regard to our downtowns.   This is much more interesting, culturally and otherwise than American shopping malls (which I despise). 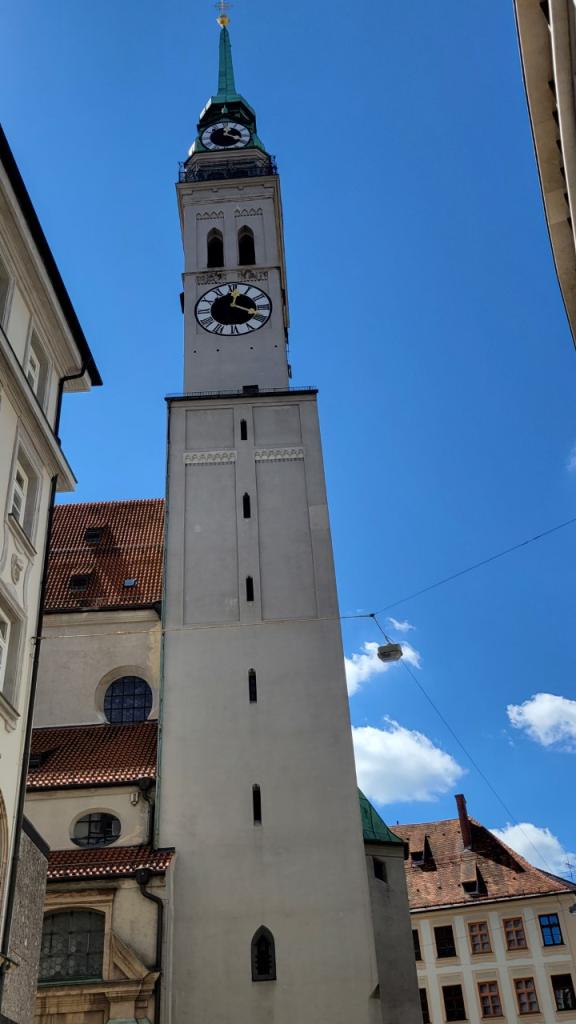 Another thing to note, most of these large old European churches have clock and bell towers (so everyone knows when to come to church of course). 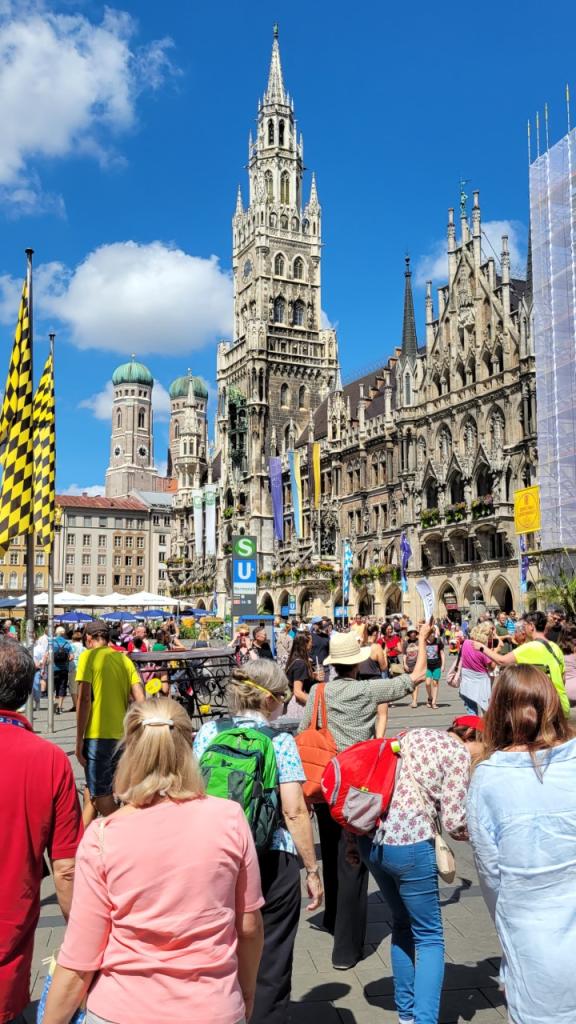 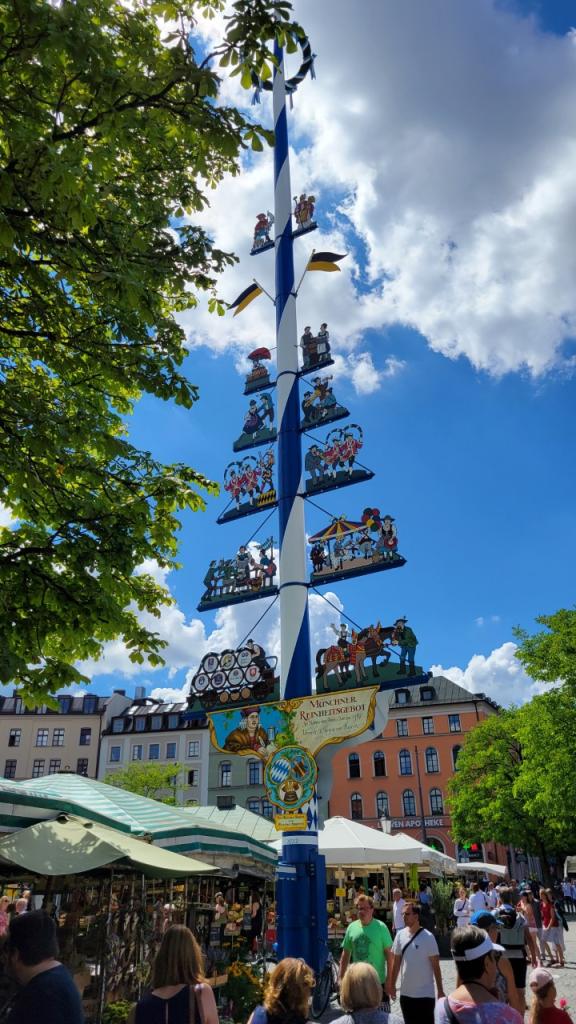 October 6, 2022 DAYBREAK
Browse Our Archives
Related posts from The Bible and Culture