The Voice in the Wilderness

And that translates, often in fact, into any position of disfavor, in a political or corporate context – a no man’s land.

We’ve all been there. We’ve been lost, for an hour, a day, or a very long time, in inhospitable places. We’ve felt neglected or abandoned, our lives no more than a vacant lot full of discards from life’s failed attempts.

The Bible, though, considers wilderness a holy place. A place where God – and angels – may be found.

Moses and his people spent forty years there. Most of them didn’t like it. Some of them longed for the pleasures of Egypt, as they wandered through the strange and unknown wilds. It felt inhospitable to them most of the time. They could count on nothing, other than God’s grace. And by God, after great thirst and fear of death, they found water in the rock. Morning and evening, the dew of manna came to them. But it did not make the wilderness their home.

The wilderness was fruitful with holiness for them – as it had been for Abraham and Sarah, as it was for Elijah by the brook Cherith, and as it would be for Ezekiel, in exile in the slums of Babylon.

So when John goes out to the wilderness, donning his camel skin, eating locusts and wild honey, he knows The Holy is there. He knows the enshrined names of the places where holiness was manifest: on Sinai, at the rocks called Massah and Meribah, on and on. John knows he is not alone there. Whereas, in Jerusalem, he had been in the darkness of disfavor and had found no light. 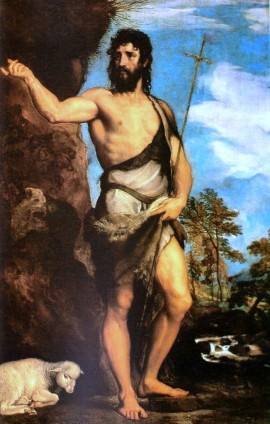 He lifts up his voice. The Voice. The voice still remembered in Christian testimony, the voice that drew thousands out into the wilderness to hear him. The voice that held the power of an angel and spoke the power to become children of God.

Bear’s Ears is land which holds a history of holiness nearly identical to the wilderness in which John spoke the power to become Children of God. Bear’s Ears is a national monument to this holiness, created by President Obama as 1,351,849 acres to be preserved as sacred to America. It was reduced to 201,876 acres by President Trump on December 4.

Bears Ears is a pair of mesas, and a surrounding Indian Creek corridor rock climbing area.  There are over 100,000 archaeological sites protected within this monument.

The buttes and surroundings have long been held as sacred by a number of the region’s Native American tribes. The Bears Ears Intertribal Coalition describes the land as ancestral and as the most significant unprotected cultural landscape in the U.S.

As early as 13,000 years ago, Clovis people, who are considered to be the ancestors of most of the indigenous cultures of the Americas, hunted in there. Their tools have been found there.

Ancient Puebloans, who lived there 5000 – 2500 years ago, left behind baskets, pottery, and weapons. These are the ancestors of the Hopi and Zuni people who moved from foraging to farming about 3,500 years ago. Archaeological sites of prehistoric culture dating 3,000 to 2,000 ago, contain a large number of baskets used for storage of corn and for burial.

The complex cultural history of the next groups, who became early farmers, is visible in the remains of single family dwellings, granaries, kivas, towers, and large villages and roads linking them together.

In the 1880s, in 1906 under President Theodore Roosevelt, and in the 1930s, attempts to protect this land as a national monument were made, and did result in acts protecting antiquities, but not in protective forces to stop continual raiding of the treasures that belong at this point to the whole world as treasures of the human family story.

Bears Ears has been regularly looted and vandalized for many years. In 2009, FBI and Bureau of Land Management agents raided 16 homes in Blanding, following a two-year federal investigation.  24 people were indicted for stealing, receiving or trying to sell Native American artifact from the hundreds of archaeological sites in the area. This incident became an early flashpoint in the struggle over control of public lands in the western United States.

Painfully sadly, those who now desire to mine the area for uranium deposits prevailed on President Trump to reduce the monument’s protected acreage by half.

Painful: because the speaking of holy words, words with the power to help us become God’s children again, still live in these lands, and can continue to be spoken as long as the lands are a wilderness.

The Voices of holy lands, which are always wilderness lands, do not lose their power to transform. And they can only be silenced by the slaying, by powerful and power hungry people, of what is wild, uninhabited, and unfavored .

John himself said as much, when he railed against Herod the King’s policies  and taught those who heard him to consider themselves brothers and sisters of God’s creation, not subjects of Rome, of Caesar, or of Herod.

It is John’s voice, proclaiming generosity and relationship, rather than wealth or allegiance to strong men, which echoes still in our memory, as faithful and prophetic.

Bear’s Ears. The Scottish moors. The Steppes. The Amazon jungle. The Inuit fishing grounds. All hold the holiness of the Voices that teach us how to be human, how to be beloved, how to find our way to the light that is coming into the world and can save us.