Religious affiliation in the United States since 1910: The long, steady decline of Mainline Protestantism

On Thursday, I referenced the dramatic decline in Mainline Protestantism over the past century.  Here’s some data from the General Social Survey that illustrate this change.  I took the question asking respondents in which religious tradition they were raised, calculated in which decade they were 16 years old, and estimated American affiliation rates at that time.  Note, this presents the religious affiliation of young people, not adults, and they are not the same since family size varies by religious tradition. 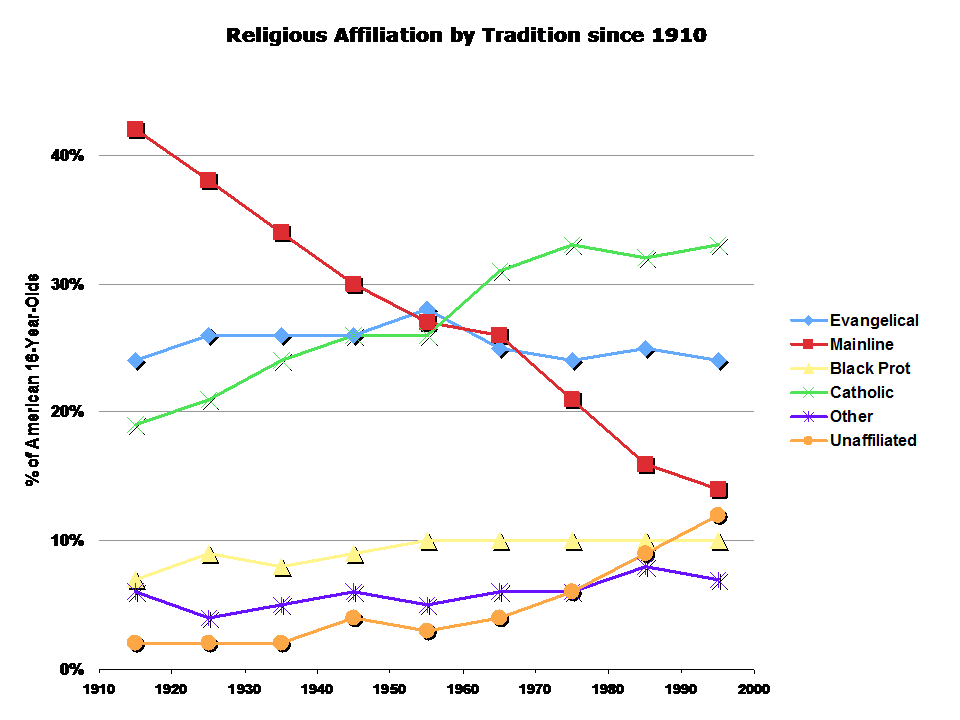 November 6, 2011 Best Selling Books in Sociology of Religion, SSSR 2011
Recent Comments
2 Comments | Leave a Comment
Browse Our Archives
get the latest from
Evangelical
Sign up for our newsletter
Related posts from Black, White and Gray