At the USC Center for Religion and Civic Culture, we’ve been talking a lot lately about how different communities in the Los Angeles area have undergone significant demographic change, shifting in the last 20 years from predominantly African American to predominantly Latino communities. In fact, there remains only one predominantly African American community in south Los Angeles, while all the others now have majority Latino populations. This change presents many challenges and problems, not the least of which is the fact that there are now dozens—perhaps hundreds (and I’m not being dramatic in this)—of Black churches situated in those formerly African American neighborhoods. Which means that most of these congregations have been transformed from churches where most of their members lived in the surrounding neighborhoods and walked to church on Sunday (indeed many of these churches have very small, or no parking lots—in L.A.!), but who now live as far away as the Palmdale to the north, or Riverside and San Bernardino to the east.

The problem that these churches face is whether can they figure out a way to survive, let alone thrive, when their members are now in many cases former members, worshipping closer to where they currently live. Thus these churches are left with the dilemma of exactly who it is that they should serve, their few remaining long-time members, maybe attract a few more commuting members, or reach out to their Latino neighbors in their ministry and outreach programs. These churches have long ago paid off their mortgages, but they are now empty shells most days of the week, and on Sundays, most are barely one-quarter to one-half full. Several churches we have heard of have only a few remaining seniors, who are too old and lacking in resources to move out of the area, and are left to worship together as they, and perhaps their church, approach the inevitable end.

Yet this isn’t a new problem. Recently I had lunch with Paul Felix, a professor at a local evangelical seminary, and the president of the Los Angeles Bible Training School (LABTS). LABTS was founded over 50 years ago by African American leaders in the Christian community, with the same intent as that of most of the Bible schools founded in the late 19th and early 20th centuries, such as Moody and Biola, to provide Bible training for lay people, free of charge. LABTS still doesn’t charge tuition, only minimal fees, and now their student body, again showing demographic changes, includes several Filipinos and a few Latinos, along with the larger number drawn from African American churches. At some point in our lunch conversation, I mentioned that right after graduating from college, I had taught elementary school in south Los Angeles, at a small school owned and operated by a medium sized African American church. In one of those crazy, “isn’t it a really small world” connections, it turns out that Paul Felix’s father had founded the church that operated the school, and Paul knew many of the people I had known during my time there. 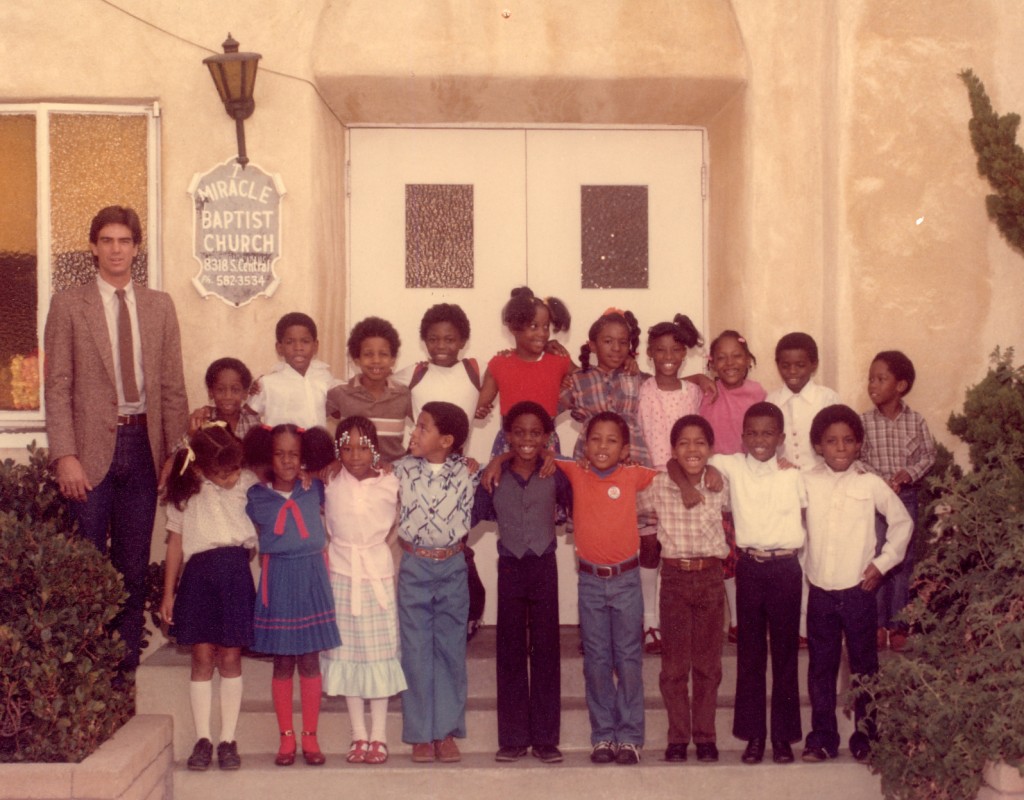 As we continued to talk about the church, the school, and the neighborhoods, he deepened the story by telling me that his father had started that church as a church plant, and that it had formerly been a white church, but in an earlier demographic shift in the population of Los Angeles, with the area becoming predominantly African American, the church was sold in 1962 and became an African American Baptist church.

Will this sort of change happen again, only this time Black churches selling to Latinos? Or will the churches that remain in South Los Angeles figure out a way to adapt to the changing demographic landscape of their neighborhoods? There are a few examples of Black churches successfully expanding their ministry models to incorporate more residents of the neighborhoods where they’re located, but for most this remains an unresolved issue that in the end, will determine the ultimate fate of their churches. In the demographic changes of the mid-twentieth century, the solution for white congregations was to sell and relocate to, in their view, more hospitable locations in Long Beach and Orange County. But would that even be possible—assuming a church wanted to do that—in the current economic environment and with the cost of real estate in Los Angeles?

Only time will tell, but what I can say at this point is that we are in the process of organizing a project through which we can pursue some answers to the dilemmas facing African American churches in Los Angeles. My hunch is that this isn’t unique to L.A., although certain specific issues certainly are, so keep your ear to the ground—once we have this project up and running, we’ll at least have a better idea of the problems facing these churches, whether or not we have answers for them.

Evangelicalism: Where have all the young...
Determinetruth
Related posts from Black, White and Gray