I’m just finishing Martin Seligman’s fascinating book Learned Optimism. Seligman, a psychologist at Penn, makes the case that how we explain the world has a big impact on us—especially when we’re explaining the causes of difficult or unpleasant events.

One way of explaining things is what Seligman refers to as a pessimistic attributional style. Here, when something bad happens, we explain it as a permanent event that is due to our own actions and that will affect every part of our lives. In contrast, an optimistic attributional style explains bad things as temporary, due to causes outside of us, and affecting only part of our lives. 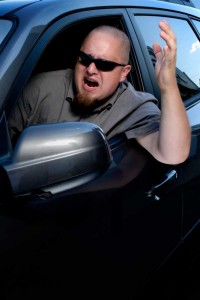 For example, suppose that you’re driving in traffic and another driver cuts you off and makes an angry, obscene gesture at you. A pessimistic explanation might go something like this: “I’m a bad driver who must have done something stupid to upset the other driver so much. I always do stupid things.” An optimistic explanation might say “Oh, it’s Steve Bell. Hi Steve!” (Just kidding, Steve). It might say: “that other driver is in a really bad mood. I’m glad that I was driving defensively so that no one got hurt.”

In study after study, people with optimistic ways of explaining adversity live, well, better and happier lives. Optimistic insurance agents sell more policies, optimistic students do better in school, optimistic elderly people live longer, optimistic athletes perform better, and, in general, optimistic explainers are depressed less often. Sure, a lot of these studies are observational (i.e., correlational), and so they are open to multiple interpretations (e.g., healthy people become optimistic), but there’s enough experimental data to make a strong case. In fact, he recounts studies that show that these processes work in animals as well.

Seligman has a diagnostic test to measure where people are in the pessimism-optimism range. It turns out that I’m a couple steps into the direction of pessimism, so that has me thinking through these issues in my own life.

More generally, however, I have been wondering how this interplays with Christianity, because so much of Christianity is about how we explain the world. Christian belief centers on a loving, powerful God, and in this light difficulties can have spiritual benefits (e.g., James 1:2). This should lead to more optimistic attributions about hard times. And yet, Christianity also assumes that people are sinners—have done wrong—and that sinful behavior has negative consequences. This would push toward pessimistic attributions.

To be clear, I’m not advocating any particular attributional style for Christians, rather I’m mulling over what it means that how we explain hard times has real consequences for how we feel and behavior and the varied explanations for such difficulties within Christianity.

There might be some fertile ground here for sociologists. For example, wouldn’t it be interesting if one of the attributes of successful church planters is their use of optimistic attributions when they run into hardship? On a wider scale, maybe attribution styles contribute the success of some Christian traditions (e.g., charismatics, Pentecostals, evangelicals), who have more optimistic explanations for the spiritual world.