Stories of Hateful Fundamentalists Coming to a Theater Near You

Stories of Hateful Fundamentalists Coming to a Theater Near You June 26, 2012 Gerardo Marti

A new film premiered at Worldfest-Houston, one of the oldest and largest film festivals in the world, caught my interest. It’s called Hell and Mr. Fudge, a feature length film narrating the true story of a young Bible-belt preacher, Edward Fudge.

This curious film takes place in the early 1980s in Alabama and tells the true story of a preacher who changed his mind about hell. Yes, that’s h-e-double toothpicks, as in the place of torment and suffering, the opposite of heaven, the site of perpetual weeping and gnashing of teeth.

The story uses dramatization to play out key moments in Pastor Fudge’s life. A key plot point involves the unexpected death of an “unbelieving” teenager. The shock of his death provoked Pastor Fudge to question whether the destiny of this young man was indeed a place of eternal damnation. Is that what happens to him? Believing the Bible to be absolutely true, he began an intensive Bible study on the doctrine of hell.

What he found changed his view away from traditional ones. While Fudge eventually wrote a 500-plus page tome to argue it out (The Fire that Consumes: A Biblical and Historical Study of the Doctrine of Final Punishment, now in it’s third edition), at the time his conclusions provoked the malice of formerly-congenial brethren. His “heresy” cost him his job and his pulpit.

The specifics of Fudge’s views on hell are not what interest me most.  What does interest me is that such a fairly minor story of doctrinal dispute based on changes in religious conviction can sustain the considerable effort and expense of a mainstream movie. Movies aren’t cheap. Writing, producing, and acting in any film requires a lot of time and a measure of faith in the future of the product. Yet this film is not only professionally produced but also won the 2012 Platinum Award at the Houston International Film Festival in the “Theatrical Feature Film – Christian” category, beating out nearly 5,000 entries. It is an excellent film.

Even more, who is interested in such a quirky theme? I found myself intrigued–and then I quickly thought that the theme of re-working conservative Christian belief and practice may indeed be the order of the day. With so many ex- and former- and too-embarrassed-to-admit- conservative Christians out there today, a story about reacting to conservative doctrine has potential. The angst of working out one’s own convictions in the face of enormous pressures toward standard responses may have a wide base of appeal.

I suggest that this film is important because it highlights that there is an audience for sharing stories of hateful Christian fundamentalism. It immediately provides a counterpoint to the passionate reactions faced by Rob Bell with his recent book Love Wins. It also connects with the imperatives behind Donald Miller’s recent film Blue Like Jazz which also ruminates on the definition of what it means to be a faithful Christian in the face of strict orthodoxy. It also brings to mind news stories of groups like Westboro Baptist Church whose definition of correctness clashes with those of other Christians.

Very few people desire to be a hateful fundamentalist. But I suspect just about everyone has stories to share about them. And the Hollywood industry has more and more Christians who understand the doctrinal and experiential nuances and have the time and talent to craft their stories for a broader audience. 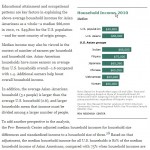 June 22, 2012
Good Data, Confusing News and the Reinforcing of Stereotypes: Reporting on The Pew Asian American Survey Report
Next Post

June 27, 2012 Women Can't Have it All, but We Could Have it Better
Recent Comments
8 Comments | Leave a Comment
Browse Our Archives
get the latest from
Evangelical
Sign up for our newsletter
POPULAR AT PATHEOS Evangelical
1 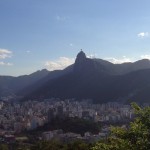 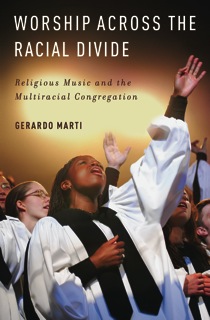 Evangelical
Blacks, Gospel Music, and the Pursuit of Diversity...
Black, White and Gray 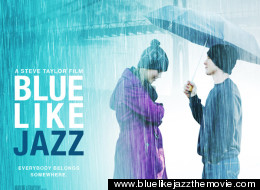