Over the past year I have had the privilege to work with the Pew Research Center on developing what I believe is the most rigorous survey sample of Asian Americans. Given the deep pockets that form the financial base of Pew, I had high hopes that this survey would indeed help us pinpoint better what we can know about Asian America. Indeed, this survey, while smaller in sample than the National Asian American Survey 2008 (3,500 compared to over 5,000), improves upon it and its predecessors in sampling methodology and in simply asking a lot more questions of a random sample of Asian Americans.

“Asian American” is a weird term in the sense that it assumes a commonality among Americans of Asian descent when in fact it’s a massive amalgamation of no less than 20 different nationalities. This dual tension of perceived commonality and diversity is a hallmark dilemma in the social sciences, especially when discussing minority groups. How similar are Asian Americans and how diverse are we? A good survey of Asian Americans needs to account for both.

One of the major problems facing Asian Americans today is the proverbial “positive stereotype” called the “model minority myth.” It asserts that Asian Americans are a racial minority group that embodies American ideals of hard work and discipline and the concomitant material rewards of more (and prestigious) education, greater income, desirable jobs, as well as the social reward of receiving praise from the dominant group. This would overemphasize commonality and de-emphasize diversity.

Why is this a problem? Because a closer look at data on Asian Americans reveals that this myth applies only to very select cuts of the Asian American population and yet is applied to all. In a media-saturated environment like ours, such perceptions are amplified and sow seeds that help grow racialized beliefs about Asian Americans. And anyone who grows up in this culture is susceptible to it.

So survey research and the reporting of such research is not necessarily absolutely neutral; it’s possible that unclear reports of survey research can distort the very reality it supposedly portrays. The recent reporting of the new Pew Research Center’s Asian American Survey (2012) is one powerful illustration of how this plays out.

For example, the Pew study rolls out this statistic we see a lot: Asian American household incomes are higher than the national average. In fact it’s not even just higher by $1000-$2000, it’s almost $15,000 higher (see p.29).

The report notes a couple of important qualifiers with a couple of cites for readers to reference. Based on the largest Asian ethnic groups, 2 are even higher than the Asian American median. The other four are below that median, and in fact Koreans are just $200 on average higher than the national average. Scholars have also stressed a few other pieces to the puzzle over these high figures, and the Pew report mentions these without putting the parts together.  Asian Americans today are largely immigrant (p.24), but specifically “highly-skilled” immigrants. This means these immigrants have more education (p. 25), and possibly more work experience than other immigrants. In fact the Pew report notes that Asian immigrants even differ from their peers in their countries of origin. For example, 27% of adults (ages 25-64 specifically) in South Korea had a bachelor’s degree, whereas 70% of Korean immigrants (in the same age range) had the same. With such high level of education we should not be surprised that we find a larger proportion in management and professional level (i.e. mostly white-collar) occupations (p. 27). These kinds of jobs usually offer better pay and more consistent pay than most other jobs and about half of Asian America are in this sector compared to about 40% for the rest of the country. Later on (p.33), the report mentions that nearly half of Asian America (47%) resides in one region (and most of these very specifically in one state, California). One of the highest cost-of living regions is the West, and California, and Hawaii exceedingly so.

When we stop to put these parts together, Asian American household income appears higher but no other group in the US has the same internal social dynamics like what we see among them. No other group is dominated by high-skilled immigrants, high educational attainment (acquired largely before arrival to the US), more fulltime workers per household in one of the most expensive states to live in. The report does not apply this degree of rigor, but more importantly we see examples like the following in major news outlets:

“The Pew report, titled “The Rise of Asian Americans,” finds that Asians are the highest-income and best-educated racial group in the U.S. Nearly half (49 percent) of Asian-American adults have a college degree, and they boast a median annual household income of $66,000 (versus the U.S. median of $49,800).” (MSNBC.com 6/19)

“Positive stereotypes about Asian Americans are rooted in reality: They are more educated, wealthier and value work, marriage and family more than Americans as a whole, according to a Pew Research report out today.” (USAToday.com 6/18)

The lack of nuance leaves us with the impression that Asian Americans have it pretty good. What’s so bad about a “positive stereotype?” It allows us to dismiss the concerns of the vulnerable among these so-called model minorities.

Advocacy groups took notice and acted fast. Groups like the National Council of Asian Pacific Americans (an umbrella organization of over 30 groups) have now expressed concern publicly over these gross generalizations that have not furthered the conversation but instead may contribute to further misunderstanding Asian America.

So even a report based on census data and a a new state-of-the-art survey of an understudied group can still lead to erroneous reporting from mass media outlets that can reinforce myths.

As part of my calling as a social scientist, its important to address stereotypes with data. What’s challenging is dealing with the media patterns that undermine good data such as running stories that minimize complexity as witnessed by the recent reportage of the new Pew report on Asian Americans.

How else might social scientists help media to make appropriate narrations based on survey data?

The Sexual Revolution Is Systemic
Cranach
Related posts from Black, White and Gray 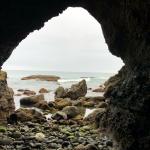 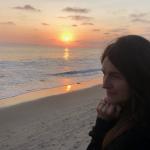