Economic Choices, the Media, and Racism

At the end of 2013, I wrote a blog post entitled, “The Problem with Giving Tuesday,” where I suggested that we have a responsibility and Christian mandate to more seriously reflect on our economic purchases and decisions.  I also noted that I was changing my consumption behavior when it came to chocolate – a decision that continues to prove challenging.This is a follow-up blog.

As we study about systems (like the chocolate trade), we learn the problems are bigger than we individually can solve.  It is important to be involved in political and social action, to demand greater regulations from both the state and from businesses themselves. Sin is individual and social; we are accountable for the sins of systems in which we participate and support in some way.

But that doesn’t negate the need for individual changes.  In calling us to hold ourselves accountable for what we buy, I’m not suggesting that our individual economic purchases are the most important way to fight injustice and exploitation in the economic system. But it acknowledges the link between the personal and the structural.  As a wise colleague noted to me recently, this means we often may feel that any decision we make will involve some level of sin, because of the society we are embedded within.

As I continue my commitment to not buying chocolate where the source is unknown, my second commitment is to change the media I consume. A number of racist and sexist stereotypes are promoted by much of the media, and the persisting racism and sexism in our society is shaped in part by media. First, I want to encourage and support more media with intentionally different messages about race and gender.  Related, I want to change the messages that I willingly consume, and that impact my own perceptions and stereotypes (of myself and others).

As many have written about more eloquently than I could, this past week was a bad week for the United States (and Florida in particular).  Yet another African-American murdered youth, Jordan Davis, died without justice from our legal system.  Michael Dunn, the white man who killed Jordan Davis, was considered not guilty for the murder.

While I would agree that Michael Dunn performed a heinous act, what is more disturbing is that our society accepted that act. Sociologists talk a lot about the issues of structural racism that persist in our society today, and that even as we may want to point to individuals who do “racist things,” the actions of those individuals are shaped by their culture, and allowed by the legal system that they live within. Michelle Alexander, a lawyer, scholar, and activist, recently wrote The New Jim Crow: Mass Incarceration in the Age of Colorblindness (New Press, 2010). It provides great examples and analysis of the ways our criminal justice system contributes to a racial caste system in the United States (and can also help illustrate what it means to live in a society that promotes structural racism).

Culture and structure are often linked together, and the negative and racist stereotypes and attitudes that continue to exist in our society are closely linked to these structural realities.  Given that we continue to live in a racially segregated society, for many, media plays a crucial role in perpetuating racist stereotypes. Artist Jonathan Edwards has beautifully (and provocatively) depicted the “white vision” glasses that many from the majority racial group (and some who are not part of the majority) have towards African-American teenage men. 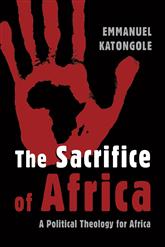 As Christians, this should be totally unacceptable to us.  For those who grew up in predominantly white contexts, we should be asking how we challenge these stereotypes that continue to be perpetuated and accepted, even if they are “rejected” explicitly in theory or discourse. In an earlier post this summer, I provided a quotation from Emmanuel Katongole, a Ugandan priest who wrote The Sacrifice of Africa: A Political Theology for Africa (Eerdmans, 2010). I want to repeat here the same quotation, because I think this characterization of African politics is not that different from what recent acquittals for Michael Dunn and George Zimmerman communicate today about how the United States values the lives of African-Americans:

That these [African lives] are not unique, precious sacred lives; these are Africans, mere bodies to be used, mere masses to be exploited. That this theological claim has come to be widely assumed is obvious from the casualness with which the wastage of African lives is accepted. For a new future to take shape in Africa, the wanton sacrificing of African lives would have to be confronted-no, interrupted-by a different story and its accompanying practices in which the sacredness, the preciousness, the unviability, and the dignity of African lives are foregrounded? (17, bold-emphasis mine)

Individual Economic Behavior as One Source of Action

Given these steps backwards for racial justice in the United States, clearly social and political action is needed.  But on an individual level, I want to also ask how my economic choices matter, given my attention in the blog this year to our economic behaviors of consumption. As a result, I commit to being more proactive in the media I watch/read. While I already reject racist/sexist media as much as possible, I want to be more proactive in consuming media with the messages currently lacking in our society. While I do not think media alone changes our perceptions of others (we need to be living in more diverse communities, and learning about our history and current contextual realities), we cannot deny the role it plays in perpetuating stereotypes.

The film Miss Representation  highlights that women are underrepresented on screen and in the media, and that this is especially true for women of color. I should add that there is great lack of representation of positive images for men of color as well.  White male characters are often still the stars of mainstream films, television shows, and children’s cartoons. Unfortunately, this means that people of color are often depicted with stereotypes, given their limited representation (The Geena Davis Institute on Gender and Media provides some great statistics and analysis on issues surrounding gender, and interactions of race and gender, in the media) 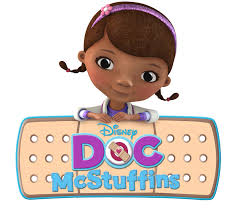 Right now, Doc McStuffins is an example of a show I want to support. Doc is a six-year old girl who wants to be a doctor, and serves as a doctor to her stuffed animals.  Her mom is a doctor, and she has a caring father; she is a good older sister to her younger brother.  She is friends with boys and girls.  She is an African-American girl who is the star, and not the sidekick.

I’d love to hear from readers on what you think are good films and/or television shows where racial diversity exists, and writers avoid relying on racial and gendered stereotypes.

February 19, 2014 Small Acts of Love Go a Long Way
Recent Comments
1 Comment | Leave a Comment
Browse Our Archives
get the latest from
Evangelical
Sign up for our newsletter
POPULAR AT PATHEOS Evangelical
1