The Problem with Giving Tuesday

Black Friday seems to now be the first day in a series of spending-oriented days: Small Business Saturday, Cyber Monday, and today’s Giving Tuesday.  Apparently 2013 marks the second official Giving Tuesday.  According to the official website, the day “celebrates and encourages charitable activities that support non-profit organizations. I suspect, however, Giving Tuesday works because it is paired with days of spending and consuming; giving to others can sometimes be a way to make people feel less guilty for their own high levels of consumption.  We consume with ourselves (and our family and loved ones) in mind; we give to help others we do not know.

In the United States, it seems that getting the best deal often becomes the most important goal in our consumption. Post after post on my Facebook feed reveals friends letting others know about the money they saved in the purchase of some toy or gadget. While I’m not against saving money (I use electronic coupons to lower the cost of groceries quite regularly!), paying the lowest price should not be the highest priority when it comes to our consumption. Black Friday thrives because we’ve convinced ourselves there is moral virtue to finding the lowest price.

At the same time, I think all of us are willing to admit that there are limits to what we can and should do to save money or pay lower prices.  For those who pay people to clean their homes, I suspect paying an elementary school child to do the work (when they should be in school) wouldn’t be an option, even it was legal.  For those who hire people to care for their children, paying someone $2/hr who was undocumented and in severe financial need and willing to accept that low wage is probably also not an attractive option.

Yet somehow we think that if we buy an item in the informal marketplace, we are not responsible for how the business treats their workers. If we get a low price because the business we buy it from hired a child,  paid someone under the minimum wage, or made people work under hazardous conditions, then that’s not on us.  “Am I my brother’s keeper?” we ask, much like Cain.  That’s their problem, not ours.  I assume this because I see people championing their great deal much more often than people asking questions about why prices are so low.  Economic sociologists often talk about the ways we’ve become disconnected from the items we buy under modern capitalism.

But then, in Giving Tuesday, we give to organizations that help those in poverty–often workers who may have been involved in the goods we buy.  How can we fail to see the irony within this?  Since this day just started, and we in the US like our specially named days, what about a different way to help, that actually connected with all the buying this season entails.  Informed Sunday.  That’s what I would support. What if, as Christians, we connected the buying and the giving; our consumption with our concern for others we do not know. The idea that we are not our brother or sister’s keeper, that we are not responsible for the conditions under which our goods are produced — it’s a lie.  We are called to live in covenant with God and with others.  While the market may be depersonalized, when we buy items, we lend our support to the business practices of the seller.  We are connected to the workers involved. 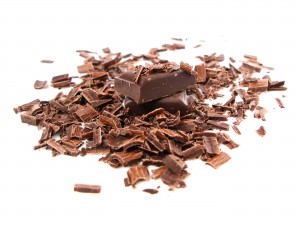 Why don’t we reflect? Why aren’t we informed about our purchases?  I think for many, it’s simply too hard. I have students come to me, overwhelmed with trying to figure out how to live justly in a system they see as unjust.  How do they make ethical purchasing decisions? How do they choose a workplace that values human dignity above profit? But doing nothing… it’s always less than doing something.

This is why I plan to celebrate Informed Sunday. It’s a way for me to think more critically about the ways I spend money, and to demand of myself that I am informed about the conditions that I support.  As Christians who seek to pursue God’s justice in the world, I don’t think we have an option to not be informed.  We are called to be obedient and to love, regardless of the impact that has.  Being informed about my purchasing decisions isn’t solely or mainly about changing the economic structures that exist.  It’s primarily about learning to be faithful to God and God’s call to love others.It’s about owning my role in the economic structures I participate in. It’s about embracing a responsibility to be my sister’s keeper.

Second, as Christians, we are part of a larger community.  Again, as Christians in the US we often see the word you in the Bible and think about ourselves; others throughout the world may see the word you and think about the community that they are a part of.  Committed individuals who challenge the dominant logic of the systems they live in can promote real change.  In my research on Central American coffee farmers, I was struck by how disappointed many of them were in the Christians in the United States.  As they tried to sell their ethically-produced coffee, they found Starbucks was able to give them a higher price than the Christian organization they wanted to work through. One leader lamented that Christians in the US only wanted to give him aid; he wanted fair prices for a product. My new research endeavor will look at how non-profits on the ground have the potential to change some of the exploitive conditions workers are in, and challenge the logic of transnational corporations.

In 2013, I’ve decided to try and think each month about one product I consume, and change my habits in a way that is more faithful.  And I hope to blog about them this coming year.  The first practice I’m changing is only buying organic, fair trade, or single origin chocolate and chocolate products. I love chocolate. But I have to admit it’s a luxury, and much of it is produced under some bad conditions. In 2001, there was a lot of attention in the media to the forced slavery occurring in cocoa production in West Africa. After a measure was passed by the House in 2001 requiring chocolate manufactures to verify their goods were “slave-free,” the Chocolate Manufactures Association successfully lobbied against it, and promised to regulate themselves through the Harkin-Engle Protocol. Groups such as Hershey and Nestle agreed to eliminate the worst forms of child and adult forced labor in Ghana and the Ivory Coast. CNN’s Freedom Project has an interactive website that provides different details about the protocol and the larger context.

A 2010 statement (one of several following up from the initial protocol) claims they (chocolate manufacturers) will reduce child labor by 70% by 2020. A report in 2010 from Anti-Slavery International, highlights the child-trafficking that still occurs in the Ivory Coast (where about 30% of the world’s cocoa is produced). The Payson Center for International Development at Tulane has lots of research available on this topic, including on-going analysis funded by the US Department of Labor. Their research also suggests that the chocolate industry’s pledge to regulate the chocolate trade has largely failed. A 2013 article in the Christian Science Monitor highlights problems in the cocoa sector, along with other agricultural and manufacturing fields. According to UNICEF, around 500,000 children labor in cocoa production.

Buying organic or fair trade or single origin chocolate ensures that retailers know the conditions under which the chocolate was produced, and insures that child-trafficking is not being used to harvest cocoa. It’s expensive, however.  And chocolate is used in all sorts of products: cookies, brownies, hot chocolate, etc.  For someone trying to balance work, family, and community commitments, it can feel like an inconvenience to go the extra mile to find chocolate; or to go without the treat my daughters want for a special event.  It’s a small inconvenience to say no to an awful scenario of accepted exploitation.  This website, hosted at UCSD, is just one example of information available that makes buying ethically produced chocolate possible.

As Christians, we should call ourselves to a higher level of accountability for our actions that legal requirements dictate. We should desire to love our neighbor, including people we do not know, better. We should resist a consumerism that says working conditions don’t matter – or that we need not be concerned with such things.   I have friends who challenge and inform me in all sorts of areas. Some buy second hand when they can to avoid buying from factories whose conditions they are uniformed about. Others buy all their gifts at Ten Thousand Villages because they know the artisans receive a fair price.  Yet others buy produce from CSAs where they know local farms produced agriculture.  Some resist buying Apple products because of worker conditions.  All have challenged me to become more informed, and to change my practices, one step at a time. 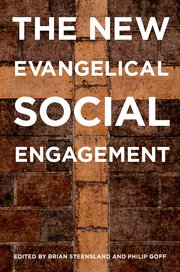 Giving Tuesday?  I’m all for contributing to non-profit organizations, and I think there are a number of international NGOs who are using their resources to promote real social change.  A recent chapter I co-authored with my husband, Stephen Offutt, in The New Evangelical Social Engagement (Oxford, 2013) discusses some ways that evangelical non-profits are moving towards more structural engagement, and provides some examples of ways they are challenging different economic structures.  I financially support a number of those initiatives.  But Giving Tuesday can’t just simply exist alongside Black Friday. We have to challenge the assumptions we have about our place in the economy; consuming unjustly and giving to promote justice contradict one another. Giving Tuesday needs to exist alongside the more informed and ethical buying practices of an Informed Sunday, and not alongside the glorification of the lowest prices sought on Black Friday. 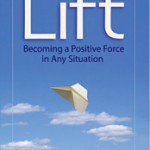 December 11, 2013 The Happy Society Inspires Kentucky
Recent Comments
1 Comment | Leave a Comment
Browse Our Archives
get the latest from
Evangelical
Sign up for our newsletter
POPULAR AT PATHEOS Evangelical
1

N.T. Wright's Galatians-- Part Twenty-One
Q. Gal. 3.28 has been called ‘the Magna Carta of Christian freedom’...
view all Evangelical blogs
What Are Your Thoughts?leave a comment
Copyright 2008-2021, Patheos. All rights reserved.