A few weeks ago Martin Bashir made an apology. He needed to make an apology. He implied that Sarah Palin deserved to have someone defecate in her mouth and urinate into her eyes. No matter how you feel politically about Governor Palin such a statement on a national program, even by a pundit, is not acceptable.
It was a good apology. Although no one can know what is in his heart, it seems like he was sincerely aggrieved at his actions. You can see this apology in this link. Note something else in this link. Note that the apology is not accepted by Robert Laurie who is a conservative columnist. In fact, as I listen to a variety of individuals talk about this situation there are a lot of people who will not accept his apology. Governor Palin herself does not seem eager to accept it either as she insists on Bashir being punished. That what Bashir did was wrong is very clear. But the fact that his apology is not accepted, especially by someone who prides herself on her Christian faith, is even more troubling to me.

Lest one thinks that I am only picking on conservatives I must say that I first noticed the unwillingness of others to accept apologies among progressives. Apologies of Paula Dean and Rush Limbaugh are not accepted by progressives any more than conservatives accept the apologies of Bashir. We seem to live in a society where we dare not mess up because we will not be allowed to apologize for our mistakes.
I am not suggesting that we accept an apology if the person does not seem sincere. The persona apologizing should name exactly what they did wrong and offer an apology for it. Nor am I arguing that there should not be consequences for the perpetrator’s actions even if there is an apology. If MSNBC decides to fire Bashir even with the apology I contend that they are in their ethical and moral rights to do so. Finally, we should expect the offending behavior to stop. If Bashir is talking next week about how Ann Coulter needs to be raped then all bets are off on accepting his apology. The Christian concept of an apology is called repentance. The way I was taught repentance is not merely that we are emotionally distraught at what we have done but are resolved to not do it again. That is the sort of attitude we should look for in an apology.

But when we see true repentance on the part of the person who wronged us, is it not healthier to accept apologies than to reject them? If you wish to live a life in bitterness then by all means reject apologies. Enjoy that bitterness and the depression that will come along with it. But a healthier path is to accept the apologies of others so that we can move beyond the offence we feel. Forgiveness allows us to live a life of wholeness rather than live in our rage and anger. Any psychologist who does not help a person work towards forgiving instead of living in bitterness is not one that I would recommend for anyone.
Given the advantages of accepting apologies, it is fair to ask why relatively few people accept the apology of a public figure, especially one that has taken strong political or religious stances. Here I tend to accept the wisdom found in conflict theory. Conflict between different social groups helps shape what occurs in our society. In this case there is an advantage in rejecting the apologies of those we disagree with (but of course to accept the apologies of those who support our political, social and religious ideas). Such rejection makes it easier for us to stigmatize them and makes them lesser spokespeople for their causes. From the perspective of pushing our point of view, when people we disagree with apologize, we are better off not accepting the apology and let them wallow in their sin.

Yes, we can punish them. But we also punish ourselves. We hold on to the offence and live anger at that person. That anger punishes us as it becomes the source of our depression and feelings of victimization. But we keep our ideological opponent stigmatized and controlled. We are able to warn others of his/her ideological position to be very careful in how they speak and what they say. We have gained an advantage in social discourse but have done so at the costs of our own personal and psychological health. I fear that too often in our society we trade our own psychological health to gain social advantage over those we oppose.
It is important to fully consider the benefits and costs of refusing to accept the apologies of others. There truly is an advantage in social dialogue when we reject the apologies of others. We are fools not to realize that fact. But this advantage comes at a cost of our own happiness. If we think our cause is worth sacrificing our health and happiness then by all means we should refuse to accept the apology of anyone who disagrees with our social, political and religious beliefs. Is there a social or political cause that is so precious to me that I will sacrifice my psychological health, and spiritual well-being, for? None of them are worth that great a price. So as for me, refusing to accept the apologies of others because I disagree with their social, political or religious perspectives is too high of a price to pay. 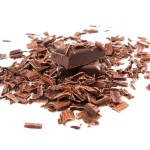