Amid all the rancor these days over who’s sexually attracted to whom—and what public policymakers ought to do about it, if anything—comes news of the emergence of another sexuality category, that of asexuality, or the state of not being sexually interested in men or women. It’s not really new news; acknowledgement of it has been around since Kinsey, if not before. It is thought to characterize around one percent of the population. I can imagine a good slogan about the one percent thing, should anyone wish to make something of it.

Some consider it a sexual orientation, while others think it’s the lack thereof. Some are pressing a case for the former because they’re concerned that asexuality might be considered a disorder, with all the politics pertaining thereunto. Thus the attempt to normalize asexuality. Except that it’s not really normal. It may not be a bad thing. In my mind, it’s neither here nor there. Why must we always assign normality a positive value and abnormality a negative one? I presume it’s because we’re hopelessly social creatures constituted in part by our perception of others’ impressions of us. (Ergo, we want to be normal, average.) If you are pursuing celibacy, then asexuality is probably pretty convenient. And it shouldn’t be mistaken for a low libido or diminishing testosterone during the aging process, but certainly could be confused with such. Apparently it’s even a legally “protected class” in Vermont and New York. Given that asexuality concerns an absence or invisibility, the protection of it is interesting.

A Canadian professor and supposed expert on the matter asserts that “asexuality has not been investigated enough.” He’s certainly right about that, and I am all for empirical investigation in this area, so long as the science isn’t beholden to pre-packaged answers. I know I have not investigated it much.

Alas, here’s to starting. In the NFSS, I asked 18-39-year-olds a question that should get at it pretty well. Respondents were asked to “choose the description that best fits how you think about yourself,” after which they were shown answer categories like “100% heterosexual (straight),” bisexual, “100% homosexual (gay), and a pair of categories in between those that I didn’t feel like typing out but you can look up in the survey instrument if you wish. The final category listed there, however, is “not sexually attracted to either males or females.”

So how many NFSS respondents selected that category? Well, wouldn’t you know it: one percent. Technically, six-tenths of one percent, but close enough.

What are they like? That is, who’s more or less likely to so identify? In the NFSS, gender does not appear to distinguish them (that is, men and women self-report comparable percentages of asexuality). Nor does race or age or religiosity or education, or experience with sexual abuse.

But as noted in my July Social Science Research article, 4.1 percent of women whose mothers have had a same-sex relationship reported asexuality, well above the 0.5 percent of women who came from stably-intact biological families. The figure is even higher among male children in such a situation: 7 percent of them report asexuality. Statistical coincidence? It’s possible; we’re dealing with a pretty small N of cases in the first place—only 23 people in the entire dataset indicated asexuality—so we shouldn’t read too much into this. But it’s one of the few variables I’ve seen elevate the level of asexuality among respondents to anything above 2 percent. As with lots of datasets, small numbers prevent us from making too much of this.

Nevertheless, the one percent figure is reassuring–the NFSS continues to display characteristics that suggest its validity and reliability vis-à-vis other nationally-representative datasets.

That’s all for now. It’s good to be back blogging a bit, following my self-imposed silence. (Only civil comments will be accepted…)

September 21, 2012
Being American by Being Korean? K-Pop and Korean American Identity
Next Post 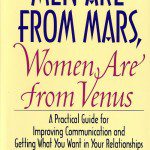