The “Nothing Box”: One Way Men and Women Are Different

The “Nothing Box”: One Way Men and Women Are Different September 26, 2012 Margarita A. Mooney

As I was thinking about my most recent blog on male-female differences, I asked the female cashier at Starbucks, “Do you think men and women are really different?” The cashier said, “Yeah, of course, you know like Men are from Mars and Women are from Venus.” The guy behind me in line started cracking up in a way that I knew he was thinking “Oh yes they are—if you give me a minute I can tell you ‘bout my girl; she drives me craaaazy!” 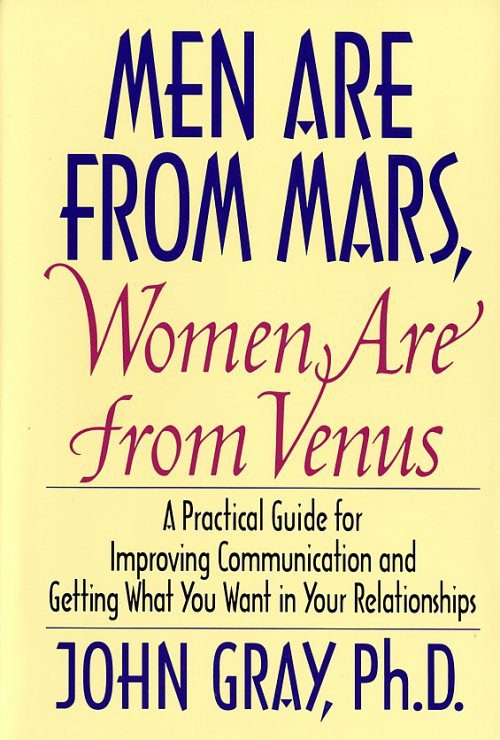 Later in the week, I asked male graduate student, “Do you think women and men are different?” He paused, and then thoughtfully said, “Well, of course they are, but the question is not are they different but why and how they are different.” A third, and important question, is what are we do to about these differences?

My answer about whether men and women are really different has several parts. First, we need to understand that a combination of biology, character and society make men and women different; further, women and men differ, on the whole, in specific typical vices and virtues. Finally, being aware of these differences can be an important way to grow in the virtues, because we can learn from the virtuous people around us, both men and women.

Here is one brief example of how men and women differ.  This YouTube video rather dramatically explains male-female differences in the brain to make the point that men are quite content to think about nothing, or perhaps to just to think about one thing at a time. Women, by contrast, tend to think about multiple things at once.

To illustrate this point, this video describes quite amusingly how men’s brains are divided into boxes that never touch each other; and their favorite box is something of a mystery to women–it’s the  “nothing box.” By contrast, women’s brains are full of connectivity, everything is connected to everything, and women can jump topics extremely fast, often bewildering men.

Last night, I watched this video with 6 women who are part of a group called Inspiring Women. For the past 2 and a half years, I’ve been meeting with a group of graduate students and other women in the Inspiring Women group to read and discuss books and articles on character, virtue and culture, among other things. As we discussed the challenges in balancing work and family, one woman talked about how both she and her husband work hard all day, but whereas she rushes to make dinner as soon as she gets home, he’s quite content to sit on the couch and do nothing. It’s not that he doesn’t want to help, she explained, but he just doesn’t think about making dinner asked to help. That’s one example of the “nothing box,” I think.

I explained that one day when I was feeling overwhelmed, I asked a male colleague how he deals with working on so many things at once, and he replied, “Well, I just think about the one thing I’m working on at the moment.” My jaw almost hit the floor. How can anyone possibly only think about one thing at time, I wondered? Hearing about how men can work in just one box at a time helped me understand what my colleague was saying.

So what do we do about these differences? One group member explained that she tries really, really hard while at work not to worry about the cooking at housework she has to do when she gets home. That attitude is the essence of virtue–most women may find the “nothing box” (or perhaps the “nothing else but what’s in front of me box”) very, very hard to climb into, but we need to try. Similarly, men can try to think ahead, plan, and make connections across boxes in their brains. Virtue is in the meaning–something in between the “nothing box” and the “everything all at once box.”

I have only scratched the surface here of this important topic. My point in discussing these differences is simply to have an open, honest dialogue through which we can all learn. I do not think that overall either sex is more virtuous, but I do think  that the two sexes in general excel in different virtues, and I think we can all learn from observing others who excel in virtues in which we don’t excel. In the end, if we aim for the best virtues generally seen in men and women, then sex differences wouldn’t matter nearly as much.

Our Shadow Government
The rise of "advocacy philanthropy," in which wealthy donors and their foundations...
view all Evangelical blogs
What Are Your Thoughts?leave a comment
Copyright 2008-2021, Patheos. All rights reserved.