Three of the articles I summarize below (Danermark, Decoteau, and Mooney) use CR to answer a research question in disability studies, HIV-AIDs, and mental health (respectively). The other two articles (Steinmetz and Longhofer) use CR to address theoretical issues in a particular field (historical-comparative sociology and social work, respectively).

Each of these articles answer the all-too-common question: how does CR, which is a philosophy of social science, matter for empirical work?

Abstract: Critical realism is a philosophy of science, which has made significant contributions to epistemic debates within sociology. And yet, its contributions to ethnographic explanation have yet to be fully elaborated. Drawing on ethnographic data on the health-seeking behavior of HIV-infected South Africans, the paper compares and contrasts critical realism with grounded theory, extended case method, and the pragmatist method of abduction. In so doing, it argues that critical realism makes a significant contribution to causal explanation in ethnographic research in three ways: 1) by linking structure to agency; 2) by accounting for the contingent, conjunctural nature of causality; and 3) by using surprising empirical findings to generate new  theory. The paper develops the AART (abduction, abstraction, retroduction, testing) research schema and illustrates its strengths by employing a Bourdieusian field analysis as a model for morphogenetic explanation.

ABSTRACT: Different methodological tendencies within the field of disability research are described, and the reductionism implicit in the historically dominant models is critiqued. The advantages of critical realism over rival metatheoretical positions, including empiricism, social constructionism, neo-Kantianism and hermeneutics, is shown, demonstrating in particular what is called the ‘‘double-inclusiveness’’ of critical realism. A non-reductionist schema for explanation in disability research is established, and the article argues that the phenomenon of disability has the character of a ‘‘necessarily laminated system.’’ The fruitfulness of this approach is then illustrated with an example drawn from the field, further developing the case for critical realism as an ex ante explicit metatheory and the methodology for disability research. The conclusion reconsiders the nature of metatheory and its role in research.

How might critical realism provide a better metatheoretical framework to understand the complex causality behind experiences of mental illness? How do we understand the agency of people suffering from mental illness? Prior work on critical realism and disability has argued that critical realism helps move past one or another form of reductionist explanations for illness, whether that be biological, environmental, or psychological. But using a critical realist framework to study mental illness also raises issues about the agency of people whose rational capacities are thought to be diminished. In this paper, I present the life history of one of 26 young adults I interviewed as part of a project on resilience. Because interviews reveal the complex causal forces in any person’s life, they remind us that scientific explanations should not be reductionistic. A critical realist framework further allows me to analyze people’s experiences of mental illness as expressing a form of moral agency, albeit one that is constrained by biological illness, structures of power in psychiatry, and cultural categories of mental illness diagnoses.

4. George Steinmetz, “Comparative History and its Critics: A Genealogy and a Possible Solution.” In A Companion to Global Historical Thought, edited by Prasenjit Duara, Viren Murthy and Andrew Sartori. Blackwell, pp. 412-436.

Discussions of comparison in the human and social sciences are highly polarized between defenders and critics. Some critics reject comparisons altogether, while others foreground interconnections, crossings, transfers, and transnational entanglements. German historians Hartmut Kaelble, Jürgen Kocka, and others have argued that the comparative and entangled approaches to historiography are not mutually exclusive. Historian Michael Geyer argues that there is a new “consensus” among historians around the transnational approach. The rejection of comparativism is sharply phrased in the title of the book De la comparaison à l’histoire croisée (From Comparison to Crossed History), by Michael Werner and Bénédicte Zimmermann. The specific debate between comparative and entangled history has mainly involved German and French modern historians but similar epistemological concerns have emerged among world historians, historians of modern Eurasia, and in many other disciplines. In the field of comparative literature, classic comparativism has been opposed by “entangled” approaches and criticisms of comparison per se. The US sociology field is structured by an overall polarization between qualitative and quantitative researchers, and the qualitative moiety is further divided between those who advocate traditional comparativism and those who defend singular case studies. Comparativism is so hegemonic over qualitative researchers in political science in the United States that some have spoken of the discipline’s “comparative imperative.” The epistemological upsurge in political science that started around 2000 – the so-called Glasnost–Perestroika movement – was unable to challenge the pattern of corralling qualitative researchers into using the version of the comparative method that has been so decisively criticized. Of course, the willingness to question comparison varies across the social science disciplines. Cultural anthropologists, for example, rejected standard versions of comparison even earlier and more decisively than historians….the last two sections of the chapter develop a response to these criticisms. With respect to the incommensurabilist critique, I will argue (like Weber and other neo-historicists in the first decades of the twentieth century) that we can preserve the idea of unique or unprecedented events without relinquishing the ambition of explaining such events. Rather than relying on Rickert and Weber, however, I will base this argument in the present-day “critical realist” philosophy of science.

In this essay, the authors consider the challenge made by two keynote speakers at recent social work research conferences, one in the United States and the other in Europe. Both spoke of a knowledge crisis in social work. Both John Brekke (Society for Social Work and Research) and Peter Sommerfeld (First Annual European Conference for Social Work Research) proposed some version of realism as a solution to the crisis. The authors deepen the argument for realism, however, by discussing how a critical realist perspective allows us to rethink positivist and conventionalist assumptions about the fact/value relation. Using a critical realist philosophy of social science, the authors discuss how social work has taken up positivism and myriad forms of conventionalism and also identify how practical knowledge gradually loses its place and thus contribute to social work’s ongoing knowledge crisis. The authors then offer a way of thinking about practice. The authors will consider forms of practice knowledge and propose that social work has four kinds that unfold in essentially open systems: discursive, visual, embodied, and liquid systems, and that each of these have both tacit and explicit dimensions. These forms of practice, moreover, are inevitably situated in theory-to-practice gaps (the authors call them phenomenological practice gaps), which are the source of social work’s knowledge crisis. The authors conclude with a discussion of the role of reflexivity in a science of social work. 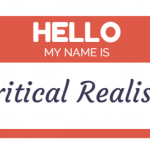