Where the Protestants Roam: Map of Protestant Denominations in the US

Protestantism, and its decline, has been in the news a lot this week with a Pew study that the percentage of Protestants in the US has fallen below 50%.

Seemed like a good time to show a map of the distribution of Protestant denominations throughout the country. This map is from the always interesting Association of Statisticians of American Religious Bodies, and it highlights the strong regional flavor of Protestantism. (Click to make font more readable. Also, it’s mislabeled as Protestant “Groups” because it doesn’t show non-denominational Protestants.)

Like so much in America social geography, religion went from East to West until the Rockies, and what happened on the West coast is a bit of a jumble. It also speaks to the historical influence of Methodists, who have probably lost more of the population in the last century than any other religious group. 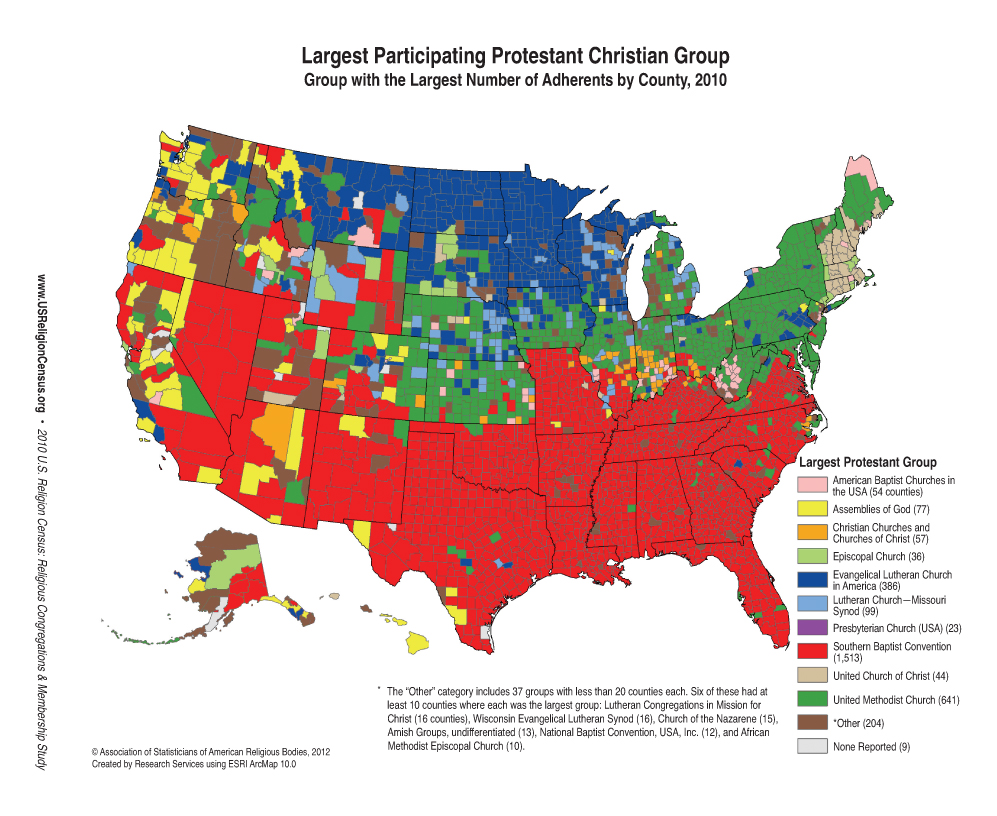 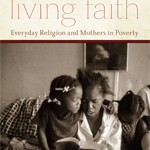 October 10, 2012
Personalism and Sociology: Understanding Relationships as Obligations
Next Post

October 12, 2012 All in the American Reincarnated Family
Recent Comments
4 Comments | Leave a Comment
Browse Our Archives
Related posts from Black, White and Gray