Still Retreating from Race: Asian Americans in the Ivy League

“…claims that Asian American students were as well qualified but less likely than whites to gain entry to the elite schools set in motion a tedious debate over the definition of ‘excellence,’ ‘merit,’ and ‘diversity.’”

When do you think this was written? Would you believe it was 1992 when this first appeared in Dr. Dana Takagi’s Retreat From Race: Asian American Admissions and Racial Politics (p. 176)? This award-winning work chronicled the affirmative action and racial preference debates taking place at the elite level of higher education (the schools that are usually around the top 15 or 25 research university schools listed in US News and World Report).

In it, Takagi shows that the political groups and actors involved in these arguments back in the 1980s and 1990s grew more and more mixed in their views on the merits of affirmative action and better alternatives to it (assuming it was not ameliorating social inequalities). As she states:

“Both conservatives and liberals support equal opportunity and abhor discrimination—but they disagree over how to achieve the former and how to discourage the latter. In the battleground over policy, the two leading strategies for achieving equal opportunity—racial preferences and color-blind policies—do not neatly correspond to conservative or liberal politics.” (184).

Part of the reason for this mixed response was the new complication of race that entered into the debate when Asian Americans were brought into what used to be a “white and black issue.” Takagi reminds us that the changes in Asian enrollment corresponded with changes in immigration that began in the 1960s. By 1980, Berkeley was already at 20% Asian enrollment whereas the US Asian population was hovering at around 3-4%. Much of this can be explained by immigration; highly educated and skilled workers such as nurses, engineers, laboratory scientists were recruited and hired from Asia; these adults brought their families to the US (or started them stateside). Parents with a lot of education usually encourage their children to  achieve similarly. Not surprisingly then, within about 15 years we saw an influx of high-test-scoring, multi-talented Asian young adults applying to Berkeley, Harvard, and Princeton.

But a new problem emerged. It seemed that while the Asian American population was increasing rapidly in size, there should have been more qualified applicants of Asian descent who should have entered the hallowed halls of the Ivy League and other elite institutions. But that did not appear to be the case. Many interpreted this as a case of outright discrimination, and indeed federal intervention analyzed the admissions data to see whether the ratio of applicants and admits disfavored Asian Americans over others. University officials pointed out that Asian American admissions were already disproportional to their presence in the population; further they were seen as uniformly “good but not exceptional,” lacking subjective qualities like “capacity for involvement, commitment, and personal growth.” (from Yale’s definition (see Takagi p.81)).

The use of admissions data, revealed the importance of interpretation. Evidence showed that admissions of Asian Americans were capped regardless of the size of the Asian applicant pool. Some argued that this was discrimination, but others argued that this was a reflection of diversity initiatives. The latter argument asserts that there are many kinds of excellent students and the limit on Asian American acceptance was a reflection of that. Again “good but not exceptional.” Neoconservatives who once argued that affirmative action was “reverse discrimination” in which whites were the victims, exchanged this picture with that of Asian Americans. From this perspective Asian Americans were now the victims of affirmative action, making African Americans the beneficiaries of anti-Asian discrimination. More insidious was the implied message that affirmative action replaced “quality” (i.e. Asian and white applicants) for color (i.e. black applicants). As Takagi narrates, liberal university officials were on the defensive:

“At pains to reassure their public that conservative claims about declining standards were not true, the proponents of liberalism zealously reiterated their commitment to individualism and merit.” (170)

This resulted in a concession that the best way forward was to support the neoconservative solution of having admissions policy based on class, rather than race.

Does this sound familiar? Takagi’s study came to mind when I was reflecting on the debates going on in the New York Times recently over “Fears of an Asian Quota in the Ivy League.” The central question asked: “Are top colleges limiting the number of Asian-Americans they admit?” The question behind that question is: if it’s true, what’s the justification? The perceived restriction of Asian American admissions to the Ivy League returns.

What’s changed since the 1990s to 2012 in terms of admissions at elite higher education institutions? Publisher Ron Unz shows the Asian American enrollment levels in the Ivy League dropped from a high of 20% in 1993 to 16% and has remained level since then, as seen in the image capture below taken from his lengthy article. The main change is that the population of 18-21 year-old Asian Americans has continued to climb (again due to continued high immigration and regular birth rates). Assuming that the recruiting of highly-skilled, highly-educated immigrants hasn’t changed, there are likely more eligible bright Asian American young people who should qualify for the ranks of Harvard and Berkeley. As Unz points out, Caltech is the only school that has kept pace with population growth in comparison to the Ivy League schools. What’s the difference? Caltech, a primarily math, science and engineering school admits applicants based on merit, almost exclusively.

Notice that the same pattern we saw in the late 1980s to the 1990s in the discourse seems similar to the one we’re seeing now almost 20 years later. Data is presented to illustrate 1) a disproportional presence of Asian Americans in the elite schools, and 2) a flatlining of Asian enrollment levels at these schools, beginning roughly around 1995. Neoconservatives again interpret the disparity as evidence of anti-Asian discrimination via affirmative action; liberals point out that there is no evidence of discrimination via affirmative action. As Khin Mai Aung, director of the educational equity program at the Asian American Legal Defense and Education Fund, points out,

“Affirmative action “simply allows admissions officers to consider an applicant’s racial background in a limited way as one of a myriad of factors that make up who he or she is. It neither condones nor facilitates racial discrimination and quotas.”

Whether or not an informal quota is actually placed on Asian American admissions into the Ivy League, it’s important to stress that 1) this is an extremely rarefied set of schools, 2) it is not a result of affirmative action. Using the dynamics of these schools as an explanation for the dismantling of affirmative action is really dangerous. To put this in numerical perspective, data from the National Center for Educational Statistics for 2011 shows that white non-Hispanic enrollment in degree-granting institutions was about 61% or 12.7 million out of 21 million students. For African Americans it was 14.5%, Latinos 13% and Asian/Pacific Islanders 6.1%. By this count, Latinos are underrepresented by about 3 percentage points relative to their presence in the US. Asian Americans are about on par with their population.

If race is allowed as a consideration for admission at schools that are just below (or a good deal below) the super-elite schools, then maybe we should consider how affirmative action works generally, rather than extrapolating from Harvard and Yale. The question of why the Asian American enrollment levels are compressed in the Ivy League is an important one to be sure, but this concern should not be conflated with the effectiveness of affirmative action overall.

The top schools to a certain extent reveal the tensions of reflecting the dual values of merit and diversity, as noted by Takagi and others. Two interesting solutions have been proposed. Sociologist Carolyn Chen advocates a hybrid system that utilizes affirmative action for underrepresented groups, and a merit system for whites and Asians.  This approach protects the potential opportunity for those groups who remain at a significant social disadvantage in America today. It changes the terms of admission for those other groups by placing them on a level playing field such that subjective factors are secondary to objective merit factors. When applied to the Ivy League, this may have the effect of readjusting the enrollment levels of Asian American undergraduates. Unz’s solution (pp.41-44 of his essay) is what he terms the Inner and Outer Ring solution. Super-elite schools should use merit criteria for 20% of each entering class and a lottery for the remaining 80%. In the latter, applicants must still pass certain minimal merit credentials, but since most of these Ivy League applicants will meet them, a lottery solves the problem of using subjective variables, as well as potential bias in admissions officers (he cites corruption and cronyism at work in the admissions processes at the Ivy League). Whether these are workable solutions remains to be seen, but in the deliberations over affirmative action, it’s important to distinguish the debate that takes place at the very top of higher education and the realities that occur further down the ivory tower. I suspect that solutions that make sense for elite schools will not be the same for lower tier schools, and hopefully our courts will know the difference.

December 15, 2012
"War on Christmas" and Symbolic Hostility
Next Post 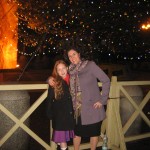