What Good are “Crippled” Children?

I commonly teach an introductory sociology course each semester to approximately 200 students. I run it mostly as a lecture, although I regularly ask them questions—including opinion questions—in part because I want them to participate but also because I’d like to know what and how they think. On the first day of class I typically spend about half an hour talking about the kinds of questions we’ll cover over the course of the semester. Among those questions are ones like these:

Students (and I as well) often like to hear others’ answers to these questions. And then to introduce the idea of stratification—to be touched upon later in the semester—I pose this dilemma to them:

If there were a lifeboat adrift at sea, and in the lifeboat were a male lawyer, a female doctor, a crippled child, a stay-at-home mom, and a garbageman, and one person had to be thrown overboard to save the others, which person should we choose?

I then walk around the classroom asking particular individuals for their response and the logic behind it. Different semesters have produced different clusters of answers to the question, which makes sense. But I pressed this group a bit longer than average. Some didn’t wish to weigh in; others said they ought to “draw straws.” One nobly—in my mind, at least—said simply that it should be a male, which led to a discussion of whether complete egalitarianism is optimal in emergencies or whether “women and children first” ought still hold. (They didn’t seem much into tradition.)

Plenty, however, did offer their opinion. The modal answer is always “crippled child.” The female doctor is never chosen. The other three tend to be selected in roughly comparable numbers. I ask them for their rationale, and it typically consists of this:

They often dislike hearing themselves say such things, but nor do they wish to actively deny them. The first “crippled child” response almost always used to generate grumbling among other students. It hasn’t for the last several semesters, if my memory serves me. While I don’t consider that there are obviously right answers to the question, some answers and logics seem more or less concerning to me. (And the simple existence of stratification is understood.)

The value of a university education is, of course, increasingly tied to credentialing, the promise of a good job, a lucrative career, etc. Economic productivity. Indeed, a career path is an assumption made of all students. To hear someone say they’d like to be a stay-at-home mother is now unheard of, even if some—a decreasing minority—will still elect that pathway in the future.

And that reminded me of Wendell Berry, who could use a bit of better press among conservatives than he earned the other day. Generally I much respect his perspective. When once criticized for noting that his wife helped him edit his work, and was not in the paid labor force, he struck back:

…what appears to infuriate them the most is their supposition that she works for nothing. They assume—and this is the orthodox assumption of the industrial economy—that the only help worth giving is not given at all, but sold.

I worry about my students, about the world they’ve inherited from their parents, the one they are reproducing. Dignity is a foreign word, and personhood nearly as much. A strong egalitarianism will come with a hefty price tag. I fear many won’t be productive enough to afford it.

January 11, 2013
The Top 11 from '12: an Exceptional Year of Religious Research Studies in Sociology
Next Post 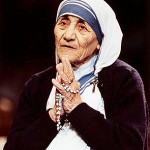 Evangelical
The Top 11 from ’13: Academic Journals of...
Black, White and Gray

Evangelical
The Social Construction and Comfort of Soul Food
Black, White and Gray