The Top 11 from ’12: an Exceptional Year of Religious Research Studies in Sociology

Last year around this time I introduced readers to the way sociologists rank the visibility of their research. With new readers tracking BWG, I’d like to re-introduce some of the basics and then get to list making. One of the major tasks of research university professors is to publish studies that they have been working on between classes, class prep, administrative duties, committee work, grant applications, and the like.  Such research usually takes the form of a 30-50 page study of some phenomenon including tables and references to the previous research that one is building on. This study is submitted for “peer-review” which can entail a single-blind or double-blind review of one’s submission. Single-blind refers to the reviewer’s knowledge of the author(s) submitting the work, and double-blind refers to neither the reviewer(s) nor the author’s knowledge of one another in this process. Usually there are between 2 and 6 reviewers per article submitted. Given that there are hundreds, perhaps thousands of submissions, the academic research community has continually expanded the number of outlets in which one can submit a paper for possible publication. Last year there were 132 journals listed in the Journal Citation Reports Social Science Edition of Sociology journals. This year there are 138. Like most competitive forms of accomplishment, a hierarchy develops over time, and certain journals appear at the top- it’s these journals where one’s work gains the most recognition and visibility in the academic community.

Not surprisingly, few scholars can lay claim to have landed their work in this orbit, and the peer-review here is very critical and very thorough. Consequently, we often see little shifting in the ranks of the top journals from year to year. As a scholar who focuses on race and religion, it’s been an interesting challenge to keep track of the research on religion in particular in the top journals. Last year I noted that I had to review up to the top 18 journals before I could identify 11 studies that focused on religion. Readers may ask “why 11?” to which I quote from the cult classic Spinal Tap: “Because it’s one louder.”

This year was a curious one and one perhaps we will not see for another decade. I scanned the article abstracts from the top 10 journals (skipping the 1 or 2 I had never heard of) this time in order to identify the top 11 studies of religion-related topics in sociology for 2012. But perhaps most striking of all is that 8 of the top 11 were found in the top two journals alone. This is unbelievable. The number in parentheses is the number of abstracts I found that mentioned religion.

Journal of Marriage and Family (1)

Notably I should have simply stopped at the Journal of Marriage and Family to get my top 11. But I had not seen the European Sociological Review before, and since it seemed analogous to the American Sociological Review I thought it couldn’t hurt to review that as well. To my surprise, I found 5 more studies that covered the topic of religion. So if ESR has the same kind of prestige as ASR (as the leading sociology journal in a nation or continent), 11 papers appeared from these two sources alone. This suggests that religion has truly come unto its own as a topic of relevance to social scientists, and it remains to be seen how such visibility will sustain itself in years to come.

Below are the references of these publications with a link to the abstract. In this list I also included items dealing with morality, a topic that has some overlap with religion; given the shared conceptual space between these terms I decided to include them both. Perhaps in the future studies in morality will be obviously distinct from religion, but for now I remain open to including both. As before, if readers chime in with their votes, I will do a post on the article of greatest interest to readers. Comment below!

These references by the way are listed according to appearance from oldest (or earliest in 2012) to most recent. Hats off to these scholars for their great work!

Kim, Hyojoung and Steven Pfaff. 2012. “Structure and Dynamics of Religious Insurgency: Students and the Spread of the Reformation.” American Sociological Review 77: 188-215.

Bail, Christopher A. 2012. “The Fringe Effect: Civil Society Organizations and the Evolution of Media Discourse About Islam Since the September 11th Attacks.” American Sociological Review 77: 855-879.

And here are links to the 5 articles I found in ESR: 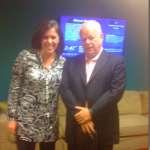