While attending the American Sociological Association annual meetings are a humbling experience when you hear and see scholars asking super-big questions, there’s something perhaps even more humbling when attending an interdisciplinary science mini-conference like the one I attended last week. Up until the invitation to present I had never heard of the Japan Society for the Promotion of Science (JSPS). This organization has been around since 1932 according to their website. It was initiated by the Japanese emperor Showa to support scientific research, and from what I witnessed, it looks like the research is not exclusively practical or theoretical. From my American perspective, this sounded like great science! The JSPS has a long line of funded graduate, post-doctoral and I think some early professor awards and grants over the decades. As such the JSPS has a rich collection of alumni in universities all over the world, a few of whom are positioned at Chapman University. The aims of the JSPS are not only national interest, but also global cooperation. This seems “natural” in the sense that Japanese culture is collective and while Japanese scientists may prioritize helping their own people, they are well aware that many of today’s problems in Japan extend to other countries and the problems of other countries reach back to Japan. Hopefully more American leaders are thinking the same way.

The conference was a blitz from 8:30pm on Thursday night through 8:30pm the following night. I am not exaggerating; the full day of the conference went from 8:30am to 8:30pm and talks proceeded throughout the entire period, including lunch. Hosted by alumni Dr. Andrea Molle (an Italian sociologist of religion), and his current institution Chapman University, the arrangements were fairly typical of a conference. Some of the professors spoke in Japanese (at least 4 flew directly to the US just for this conference), and I had my first opportunity to participate in meishi, a Japanese business practice of trading business cards. It’s apparently less formal among academics compared to the “real deal” of big business exchanges. 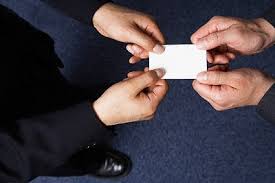 Rather than use my sociological lens to interpret the relations of scholars around me, my post will focus more on the content of the talks, which as I mentioned earlier were phenomenal and humbling.

The presentations were led by Dr. Menas Kafatos (Chapman University), a professor of physics, and if his specialization area was not enough to make one’s research interests seem insignificant, his talk was about how the scientific community has come to accept the real possibility of multiple universes, and its implications for scientific knowledge and what spirituality and consciousness might mean. I thought I had stepped into an episode of Fringe. Here are some brief reflections and questions of the other presentations as I listened in:

Dr. Stephanie Ohshita (Univ. San Francisco), presented on her work with the Chinese government on creating low-carbon cities – how will America adapt to keep pace with the footprint that China wants to shrink?

Dr. Yoshihiko Kadoya (Osaka U.) compared the long-term care of the elderly in Japan compared to other countries – did you know that Japanese elder care workers are required to work 1000 hours before being licensed. Expectations vary within the US but the nearest number of hours was not even half that of the Japanese. Apparently Japan is quite unique even compared to other nations that adhere to a stronger link across generations.

Dr. Andrea DeAntoni (Ritsumeikan U.) briefly shared his explorations into haunted houses in Kyoto and the tourism that is built on this phenomenon. It reminded me of work on the American front by Drs. Christopher Bader, Carson Mencken and Joseph Baker. Even in nations where the majority profess no religious adherence, belief in the paranormal can be quite evident.

Dr. Rosalee Hellberg (Chapman U.) explained the pervasiveness of mislabeling fish in US food production and the societal consequences. I wondered whether sociologists can somehow incorporate this sort of research and perhaps identify the unequal distribution of mislabeled food product and the health consequences.

Dr. Longjian Liu (Drexel U.) presented his recent work on the prevalence of hypertension. This immediately had me thinking about racial and economic group disparities in identifying and addressing this condition and its implications for healthcare across the US.

Dr. Jingbo Louise Liu (Texas A & M Kingsville) talked about fuel cell efficiency; I was reminded of Ohshita’s talk about the need for reducing our energy usage and our carbon footprint. New technologies and the science behind them will hopefully solve some of these pressing problems.

Dr. Kenji Kajiwara (Kyushu U.) gave a spirited talk about the ever-persisting problems left unsolved in mathematics, despite what students flippantly think. I had few notes on this as I had to focus intently on his visual demonstrations. I think I understand basic trigonometry better now.

Dr. Minoru Yoneda (Kyoto U.) updated us on the radioactivity of the soil around the Fukushima nuclear plant and the plans underway on how to contain it. We’ve come a long way from Chernobyl but when these problems arise, the consequences run deep. Contaminated soil could result in contaminated vegetables and animals that consume those vegetables.

Dr. Yoshihiro Kawahara (U. of Tokyo) presented his latest work on using inkjet (yes inkjet) to create sensors that can work on detecting water in soil as well as (I would think) make even smaller chips for microprocessors that run the next generation of computers. His business card exemplified this new tech. How will our computing look like in the next decade?

Dr. Rebeka Sultana (Cal State U.) illustrated the difficulties in identifying snow water levels in the western part of the US. This joins Ohshita, Liu and Yoneda’s work on environmental changes and our response to it. Given the notable climate changes, snow water estimates are important in planning for a state like California where populated area might require irrigation or transportation of water to the city.

Dr. Ramesh Singh (Chapman U.) gave us startling images of the highly unusual dust waves that blanket the northern part of India affecting hundreds of millions of people. As with the other environment-focused topics, science has been employed to identify massive changes in the environment and the need for governments to take action. It’s hard to imagine the toxicity with which millions are living in given these conditions.

Dr. Greg Durgin (Georgia Tech) shared his teaching experiments in science courses on solar power harvesting tools. I told myself that I need to work on engaging my students like this; on the other hand solar power experiments are probably a fast IRB compared to many social science student-led projects.

Dr. Shamim Mirza (PK Corporation) presented an engineering feat that even he was unsure was possible: nanoimprinting. Using the “moth-eye” science used in some of today’s televisions, he has developed similar, and even smaller renderings of this technology that can be applied not only to popular consumer electronics but also medical and biological instruments.

I had wanted to take pictures of all of these but given the possible patent and copyrights involved, I opted to just watch and listen. This post would have been more visually appealing had you seen some of the slides of thousand-mile dust clouds, and micro-technology that makes the science geek buzz.

All told, these presentations drew me out of the world of surveys and interviews and into the fields that use delicate (and expensive) instruments to investigate issues that can possibly affect public policy all around the world. The scholars and their diverse backgrounds reminded me that while America is still the land of immigrants, we’re not the only nation capable of bringing scholars from around the world into the same organization. Some American sociologists are doing more transnational research (our own Margarita Mooney is one), and perhaps those like myself who seem content with the American scene can benefit from an occasional attendance at a conference like this. It helps us better understand the importance of context (understood as environmental and technological terms), and raises questions about how to integrate environmental and technological change with our studies of cognition/ attitudes, groups, social structures, politics, and culture.

February 7, 2013
The Power of a Simple Plan, But Should Christians Do It?
Next Post