The Power of a Simple Plan, But Should Christians Do It?

In the 1990s, a sociology psychologist named Peter Gollwitzer conducted a fabulously useful experiment. He wanted to know under what conditions intentions to do a behavior actually translated into doing behavior.

To find out, he did a simple experiment. His university students were getting ready to leave for home at the end of the fall semester, and he gave them a simple task to do. Write an essay about what they did on Christmas Day and send it to Gollwitzer within 48 hours of Christmas Day. The actual content of the task wasn’t relevant, instead Gollwitzer wanted to see how many students who agreed to do it actually did it. 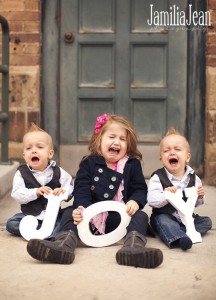 Half of the students were simply asked to do the task and were given not further instruction. Of them, 32% followed through on the plan to write and send the essay.

The other half, however, we asked to do the task and they were asked to decide right then when and where they would write the essay. Of these students, a whopping 71% actually wrote and sent the essay.

Simply taking a moment or two to plan how they were going to follow through on the intention more than doubled their likelihood of doing so.

Sometimes I wonder if we Christians are unsure of detailed planning because it feels unspiritual. For example, James 4:13 warns against being sure about what will happen in the future, for we don’t “even know what will happen tomorrow.” For many Christians, a key feature of the faith is following God’s direction and doing his will. “Not my will but yours,” or some variation of it, has got to be in the top 10 of prayers uttered by Christians.

What does it mean, then, to follow God’s leading and still also make detailed, effective plans for the future? I have some ideas, but right now the question is more real to me than my answers to it.