How Many Americans are Evangelical Christians? Born-Again Christians?

(Part 2 in a series on Evangelical Christianity in America)

In my last post, I examined the wide range of definitions that are given to Evangelical Christianity. In this post, I will take one of those definitions and use it to illustrate the percentage of Americans who are Evangelical Christian. The definition that I’m using is whether a person affiliates with an Evangelical denomination. (Click here if you want the gory classification details). Also, I am analyzing data from the General Social Survey.

As shown in this figure, the percentage of Americans fitting this description rose in the 1970s and 1980s and has somewhat declined since then. Currently Evangelical Christianity in the US is at about its 40-year average, with 23%-24% of Americans affiliating with an Evangelical church or denomination. 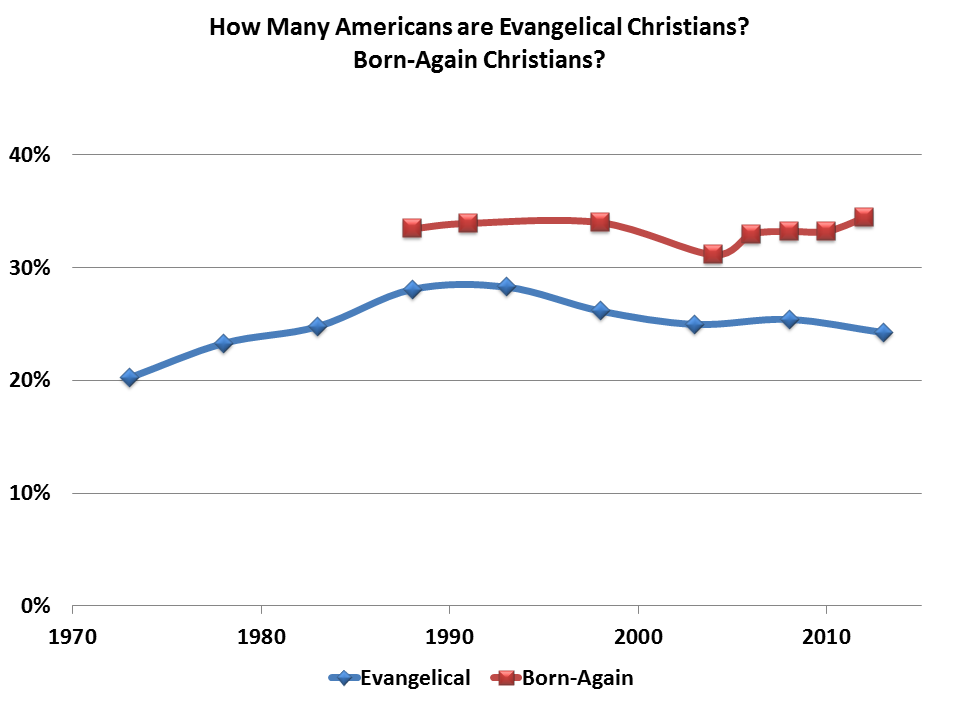 Underscoring the point that there are different ways of defining one’s religious standing, I have also plotted the percentage of Americans who are Christian (Protestant or Catholic) who report having had a born-again experience. (I would have preferred to plot self-identification as “evangelical,” but the GSS hasn’t asked that in awhile). This is shown in the above figure, and as you can see, it’s held fairly steady over the past 20 years. Using these classification schemes, there are more born-again Christians than evangelical Christians. In fact, the percentage of Americans who are born-again Christians in 2012, 34%, is higher than at any previously measured time (though, only by a percentage point.)

Though the two terms are sometimes used as synonymous, not all evangelicals say they are born-again (perhaps those raised in the church?) and not all born-again Christians are evangelicals. This is shown below, where I plot the percentage of people with a born-again experience in the four main Christian traditions in the US. 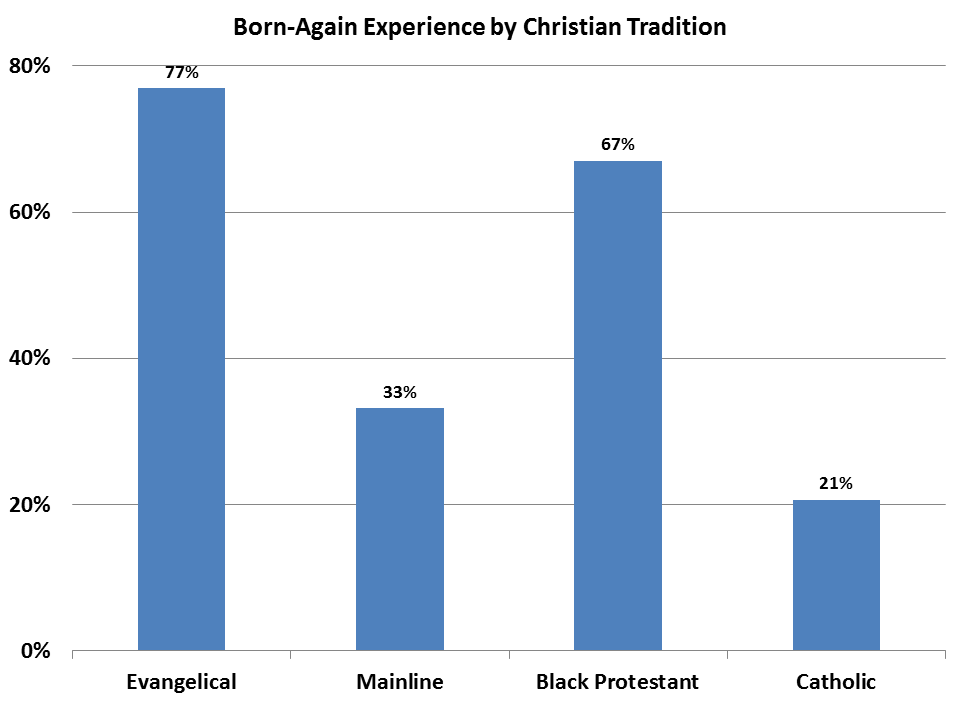 No surprise, most evangelicals and members of historically Black protestant churches report having had a born-again experience, but so too do a portion of mainline Protestants and Catholics.

What does all this mean? How we define a religious category, of course, changes how we measure and understand it. In this case, Evangelical Christianity is holding steady, after some decline, at about its 40-year average. Born-again Christianity is going strong, slightly trending upward.