Denominational Change in American Protestantism since 1972

One of the more robust trends in American Christianity–at least its Protestant side–is the decreasing significance of denominations in Christian’s identity and affiliation. To show this, I used GSS data to divide Protestants into groups by denomination. This the Baptists, Methodists, Lutherans, Presbyterians, and Episcopalians. In addition there is a “generic” category of Christians who don’t affiliate with any particular denomination (e.g., interdenominational) and an “other” category of denominations and identities not asked about in the GSS.

To show their relative change over time, I set the 1970s base level to “1” for each of these groups. Here is how they have changed: 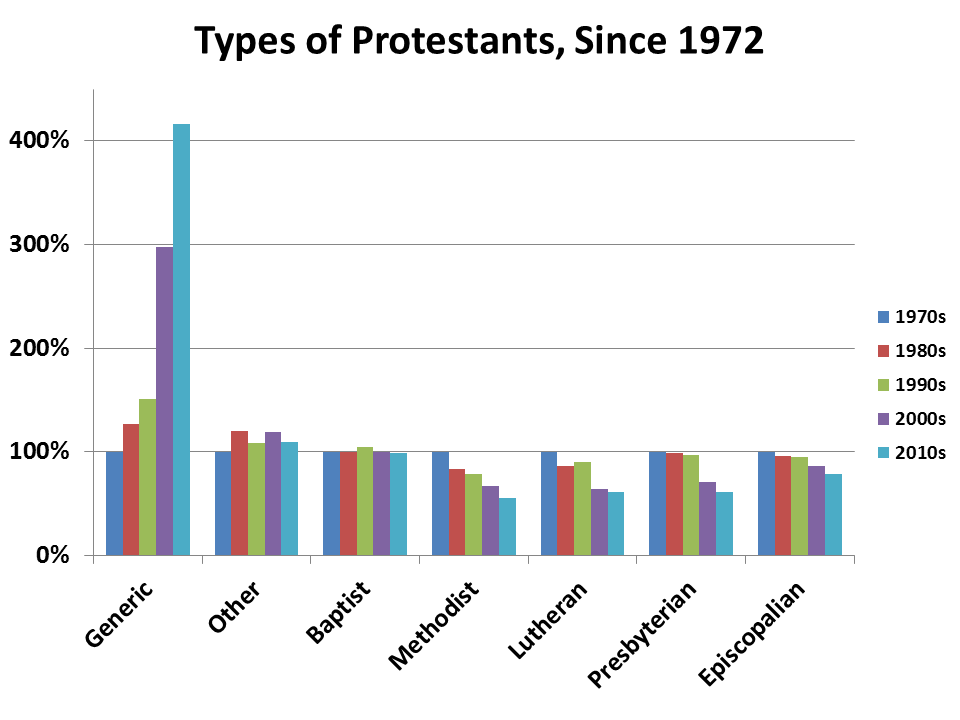 Among the denominations, the Baptists are holding their own, but the Methodists, Lutherans, Presbyterians, and Episcopalians are dropped rapidly over time.

These changes have all sorts of implications. Among them churches are less and less able to assume that people will attend them simply because of their denominational affiliation (e.g., a Presbyterian family automatically attending the nearest Presbyterian church), and as such churches will have more need to compete for attendees by appealing to something beyond brand loyalty.