Science and the Questioning of Our Biases

You never know when an article will catch your attention. I ran across this article concerning how individuals will not change their mind even when facing information that directly contradicts their argument. Our presuppositions are so strong that even when we receive evidence that they are wrong, we hold onto those assumptions. This tendency has been called confirmation bias and it is a part of our human nature. Understanding this bias is important to fully understand how science works.

Confirmation bias is so strong that often we do not recognize when it affects us. We just think that our beliefs are the way things are without seriously questioning if we are wrong. Thus, we have to make a conscious effort to combat confirmation bias to engage in critical thinking. I have learned how hard it is to question one’s beliefs. Even though I grew up going to church, I remember a time when I was struggling with my faith. Things had not worked out the way I thought they should and I questioned whether following God was what I wanted to do. But I did not want to make an emotional decision based on my life’s current circumstances. So I thought deeply about the apologetic information I had collected and the arguments against theism I had heard over the last few years. I was in graduate school at the time so I had learned a lot of anti-theistic arguments by then. After a lot of thinking and questioning of my faith, I came to the conclusion that theism was the most logical alternative. Once I made that decision then some more thinking led me to reaffirm that Christianity was the most logical decision. I came to those decisions but for a time was emotionally spent because of how difficult it was to look at those issues.

Although that was a very painful time for me, I am glad that I went through that period of questioning. Going through it allowed me to at least temporarily test the presuppositions I had developed. This questioning is not a guarantee that I overcame confirmation bias. I am responsible for continuing to seek out new information that may alter the previous conclusions I have drawn. But the emotional pain I experienced from reconsidering my religious beliefs showed me just how hard it is to confront our personal assumptions about reality. That difficulty goes a long way to explain the findings in the linked article about individuals holding on to beliefs even when confronted with disconfirming evidence.

This gets us back to thinking about the institution of science. What is true for the individual can be even truer in a community that reinforces previously accepted corporate assumptions. Thomas Kuhn argued that scientists develop paradigms based on previous ideas. This paradigm is accepted and defended until it reaches a point when there is so much disconfirming evidence that it becomes nearly logically impossible to believe in the paradigm. But usually the paradigm goes relatively unchallenged and scientists attempt to defend it against all attacks. According to Kuhn, the normal state of affairs is scientists fighting to maintain the paradigm against all attacks instead of looking for all possible answers to research questions. We like to think of scientists as individuals open to all possible answers. But the result of the article reinforces the reality that scientists, like others, when looking for answers to research questions tend to look for those that fit their presuppositions.

There is no easy way to deal with confirmation bias. The best we can do is to struggle to make sure that our ideas are driven by evidence and not merely what we want to find to be true. I have seen this occur in my life in more than in dealing with my faith but also in looking at the results of research. One of the topics I used to study was interracial romantic relationships. Being interracially married, I was eager to disprove the myths some of my Christian brothers and sisters had about interracial couples. One of the “myths” was that interracial marriages are more likely to end up in divorce. However, as I looked at the research I saw evidence that interracial marriages are indeed slightly less stable than same-race marriages. I could look at the enduring racism in our society as a reason for this relative instability, but more than one study indicated that this instability was real. The only honest approach was to alter my message to accept what science was telling me.
Not all of us are scientists or scholars. But all of us have opportunities to deal with confirmation bias in our lives. It may be in how we approach our politics, how we think about our interpersonal relationships, or how we consider our beliefs about the supernatural. I fear that most individuals will not take advantage of our opportunities to deal with this bias since it is painful and difficult to confront our presuppositions. The advent of the internet allows us to read only the ideas that reinforce our own ideas. So instead of the internet exposing us to philosophies that differ from our own, it merely allows us to remain sheltered in our own ideological cocoon. And when we do encounter those we disagree with, we do so in comment sections of web articles, or on Facebook we engage in “debates” that provide more heat than light. On the internet we do not have to show any common respect to individuals who remain anonymous to us and so discussions with others in online forums often prove to be unfruitful.

When I was in graduate school I was taught many different skills. I was taught statistics and social science methodology. I learned how to read the classic sociological theorists and contemporary academic literature. I was trained in how to construct a research question and organize an empirical project to study that question. But there were no lessons on controlling my confirmation bias and making sure it does not get in the way of my work. Professors did talk about critical thinking but much of that training merely reinforced the ideas professors had previously accepted as the results of his/her “critical thinking.” Most scholars are not any more prepared to deal with their presuppositions about reality than anyone else.

In an ideal world science would be what we expect it to be. It would be an open search for truth. But given the reality we have today, it is a mistake to expect scientists to be able to consistently overcome their confirmation bias. It is beyond the scope of this blog to discuss instances where it was clear that this bias played a major role in how science is done. However, I have seen enough in my chosen field of sociology to know that scientific results can be the outcome of presuppositions rather than rigorous study. Given that I know this to be true in sociology, I have to wonder how much this is also true in other scientific disciplines. Given the power of confirmation bias, I must wonder what our limits are in accumulating scientific knowledge. 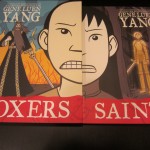