Discussions about authoritarianism are not merely about the use of authority figures to take away the civil rights of others. They are also about the personal characteristics of individuals who support oppressive regimes. One of the qualities linked to those individuals is vindictiveness. Individuals high in right-wing authoritarianism (RWA) have a willingness to punish those who do not adhere to conventional ideals and lifestyles. It is that willingness to punish others that theoretically allows oppressive leaders of those with RWA to take away the rights of others.

When I first read about RWA and vindictiveness I questioned whether RWA was a reliable source of vindictiveness. I had such questions because of the actions and attitudes I had seen among those who should not, according to the theory of RWA, have vindictiveness. For example, do you remember the Duke Lacrosse rape case? Do you remember that 88 of the faculty members, largely from the humanities such as Women’s Studies, African-American Studies and Cultural Anthropology, signed a controversial advertisement two weeks after the alleged event that strongly implied that the students were guilty? They wanted the students to be punished even before those students were given their day in court. This is the sort of vindictiveness that often is linked with RWA, but such faculty members are unlikely to be the type of political/religious conservative that RWA is typically linked to.

So I decided to test to see if those high in Christian dehumanization (to see how I measured dehumanization look at my first post in this series) also show vindictive attitudes. I used two different methods to do this. First, I used a question I adapted from Robert Altermeyer. He used the following question with a sample of Canadian students.

Suppose the Canadian government, sometime in the future, passes a law outlawing the Communist party in Canada. Government officials then stated that the law would only be effective if it were vigorously enforced at the local level and appealed to every Canadian to aid in the fight against communism.

He then gave the students a nine point scale for the following statements so that the students could either agree or disagree that each of the six following statements is true of them.
1. I would tell my friends and neighbors it was a good law.
2. I would tell the police about any Communist I knew.
3. If asked by the police, I would help hunt down and arrest Communist.
4. I would participate in attacks on Communist headquarters organized by proper authorities.
5. I would support the use of physical force to make Communists reveal the identity of other Communists.
6. I would support the execution of Communist leaders if the government insisted it was necessary to protect Canada.

I adjusted the question for my American sample. Instead of communist party, I used four versions of this question with religious cults, communist activists, protestors at abortion clinics and pastors who preach against same-sex romantic relationships. Initially I found similar results to other researchers in that those high in RWA were more likely to support oppressive measures against religious cultists, communists and abortion protestors but not the pastors. Those high in Christian dehumanization exhibited such support when it came to oppression against protestors and pastors. I figured that part of this difference may be due to choices 5 and 6 in the questions. Indeed those high in RWA are more supportive of use of the death penalty than other individuals. When I tested these results with a shortened scale that eliminated those final two choices, I found what I expected in that those high in RWA are more likely to oppress cultists and communist but not the other two groups while the results were reversed for those high in Christian dehumanization. With the context of capital punishment taken into account those who dehumanize Christians, who as we saw in my last blog entry are likely to be religious/political progressives, act in a similar manner as those who score high in RWA.

My second test is even more illuminating. I constructed two scenarios. In the first scenario I wrote about a case where a man is accused of robbing another man at gunpoint. The respondent was asked to assess a punishment for this individual or to decide that he was not guilty. It is the same scenario that has been used before to show that those high in RWA have vindictive attitudes and are eager to punish those seen as deviant. In the second scenario I wrote about a couple accused of discriminating against a same-sex couple as it concerned renting out their room. The respondent was asked to assess a level of fine for the couple or to decide that they were not guilty.

The results were surprising considering previous research on RWA. Those with high levels of RWA were surprisingly less willing to punish the couple (r = -.484: p 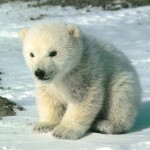 January 3, 2014
Surviving and Thriving in the Northeast Winter
Next Post

January 12, 2014 Dehumanizing Christians Part 4 – Ethnocentrism instead of Authoritarianism
Browse Our Archives
get the latest from
Evangelical
Sign up for our newsletter
POPULAR AT PATHEOS Evangelical
1

If You Can Pray
Preventing Grace
Related posts from Black, White and Gray

The 'Christian Atheist'. What would it take for...
Douglas Murray is a best-selling author and award winning political and social...
view all Evangelical blogs
Copyright 2008-2020, Patheos. All rights reserved.