“The Story of God” Reincarnated Teachers

The second season of “The Story of God”(airing January 16th on National Geographic) is about “chosen ones”. It purports to be about people who were chosen by God (for example: Moses), but that doesn’t make much sense in a Buddhist context.

The first segment of the first episode of the season starts with a Buddhist family. Morgan Freeman goes to visit a family of Tibetan immigrants in Minnesota. The only child in this family is a nine year old boy who is a monk, said to be the reincarnation of a famous Tibetan Buddhist teacher. His name is Jalue Dorjee. Right away Freeman is specific and says “Tibetan Buddhists believe this is the reincarnation of a Buddhist spiritual teacher.” Good news that he qualified it that way. Finding the new incarnations of dead teachers is important in Tibetan Buddhism, but isn’t present in other sects. Some Buddhist sects reject the idea of reincarnation entirely. Or embrace rebirth instead (sort of the same but a little different). Of all the features of Tibetan Buddhism, this is the thing that really sets it apart.

This boy, Jalue Dorjee lives in the suburbs with his parents. He’s only nine, but he’s been training to be a Buddhist teacher since he was two, so he does seem wise beyond his years. His story is similar to that of the most famous Buddhist teacher in the world, the Dalai Lama. Like the 14th Dalai Lama, Jalue was discovered as a result of divination and he was declared an authentic reincarnation by a respected lama.

He’s one of only a few reincarnated teachers to be born in the west (although, again, his parents are Tibetan). The show follows the family as they come to accept that in the near future Jalue will have to leave to go to live in a monastery and finish his training. In this episode the family really seems to accept that he’s going to leave, that he will be gone for the rest of his childhood. This may seem crazy to us in the west, but it’s been the traditional way of doing things for the Tibetans for centuries.

It’s such a strange tradition, one we can easily have trouble understanding here in the west. In Tibet the practice started around the 1100s. Because Buddhism in Tibet was allowed to evolve on it’s own, outside of influences of other sects, the practice was able to become really widespread. The idea behind the practice is that if reincarnation happens, then someone’s next incarnation should be findable. In that way, a teacher never has to stop teaching. A great teacher is never lost if his (or her, but usually his) next incarnation can be found.

It seems strange to us on another level because these are children. At a very young age children are declared to be Buddhist monks. Their lives are decided for them. I don’t want to say much about that except to say this: the Dalai Lama was discovered in a very poor family and he was plucked from obscurity and trained to be, not only a religious teacher, but also the ruler of Tibet. Jalue’s story isn’t quite the same as that. He was found in a suburban family. He now has opportunities that he wouldn’t have had otherwise. Who knows what would have happened if he had lived an ordinary life instead, but in the show he makes it clear that he’s happy. He makes it clear that being a reincarnated monk makes him feel special and happy. Maybe that’s all we need to know. 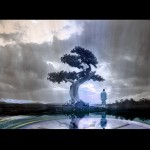 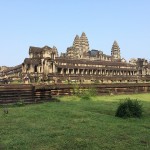 January 19, 2017 "The Story of God" Heaven In Cambodia
Recent Comments
0 | Leave a Comment
"1) He gave himself the name tathatha (one who is here now) The name Buddha ..."
LuLu The Buddha and the Truth About ..."
"I just don’t put myself on a pedestal like some teachers do. Thank you for ..."
Daniel Scharpenburg I’m Too Busy to Meditate
"This post seems to not come from a real teacher, it seems to come from ..."
LuLu I’m Too Busy to Meditate
"That was beautiful. I notice people in Buddhism community talk about death, but not suicide ..."
Brianna LaPoint Grieving and Death
Browse Our Archives
get the latest from
Bodhisattva Road
Sign up for our newsletter
POPULAR AT PATHEOS Buddhist
1