The pastor of this small Southern Baptist church was a powerful, engaging preacher. I heard the gospel weekly. I gave my life to Christ and was baptized there. But the most vivid memory I have about that church was the continued focus on the rapture and the end times. As I’ve grown up in the church from my teen years, the rapture–particularly the timing of the rapture–is still a hot-button issue in evangelicalism.

I’m not opposed to attempting to deal with vague texts (at least, vague in our eyes) about the return of Christ. I have more than one book on my shelf dealing with the various views of the rapture and the millennium. It’s an interesting topic. The problem is, many evangelicals spend more time talking about rapture than resurrection. One is the focal point of the New Testament. One is not.

In fact, “rapture” is likely derived from the the Latin Vulgate translation of ἁρπαγησόμεθα in 1 Thessalonians 4:17 as rapiemur, which means “caught up,” “taken away,” or “snatched up.” So, essentially, the Bible uses the word “rapture” once. And the connection points for this doctrine are based on only a handful of other verses. Once connected, the determination of the timing is even more head-scratching.

Again, this is not to say that we shouldn’t care about the rapture, or that it’s not worth talking about. Is it before the great tribulation mentioned in Matthew 24 and Revelation 7? Are there several raptures? No raptures? If the Bible talks about it, we should care about it.

We should be quick to say that Christ’s return is crucial, and that we will one day be resurrected is an essential hope. We cannot abandon that. We just need to remember that the timing of the rapture is an ambiguous doctrine that, in the end, doesn’t majorly affect the core tenets of our faith.

Forgive me for stating the obvious here, but contrary to when or if a rapture occurs, the resurrection of Christ–and in turn, our future resurrection–is the central theme of the New Testament. Paul says very clearly in 1 Corinthians 15:

But Christ has indeed been raised from the dead, the firstfruits of those who have fallen asleep. For since death came through a man, the resurrection of the dead comes also through a man.For as in Adam all die, so in Christ all will be made alive. But each in turn: Christ, the firstfruits; then, when he comes, those who belong to him. Then the end will come, when he hands over the kingdom to God the Father after he has destroyed all dominion, authority and power. For he must reign until he has put all his enemies under his feet. The last enemy to be destroyed is death. For he “has put everything under his feet.” Now when it says that “everything” has been put under him, it is clear that this does not include God himself, who put everything under Christ. When he has done this, then the Son himself will be made subject to him who put everything under him, so that God may be all in all.

Now if there is no resurrection, what will those do who are baptized for the dead? If the dead are not raised at all, why are people baptized for them?And as for us, why do we endanger ourselves every hour? I face death every day—yes, just as surely as I boast about you in Christ Jesus our Lord. If I fought wild beasts in Ephesus with no more than human hopes, what have I gained? If the dead are not raised,

“Let us eat and drink,
for tomorrow we die.“

Do not be misled: “Bad company corrupts good character.”Come back to your senses as you ought, and stop sinning; for there are some who are ignorant of God—I say this to your shame.

Translation: the resurrection of Christ is the basis for our faith. If Christ died and stayed in the grave, his death would be of no importance. But he didn’t. Three days later, his heart jump-started, blood began pumping through his veins, and he left the tomb empty. And I think Paul’s final point is this: don’t believe those who say otherwise. It’s not up for debate.

The word “resurrection” occurs 40+ times in the New Testament, depending on the translation; it is clearly the telos of Jesus’s ministry in the Gospels; and it is the soil in which NT writers plant their arguments. It’s kind of a big deal.

Majoring on the Majors

Let’s not overreach and say that this is common among evangelicals. I don’t know any evangelicals who would place the rapture above the resurrection, at least not explicitly. But I’ve heard too many sermon series and seen too many books that focus on the rapture all year long, and only focus on the resurrection at Easter. This is not common, perhaps, but still too common.

Rapture talk can distract us from resurrection talk. Debating the hard questions is often more fun than heralding the settled questions. I’m guilty of that. Perspective is key.

Regardless of when we’re resurrected, the hope of the eschaton is that we will be resurrected, just like Christ. May we, with Paul, hold fast to the resurrection. It’s our hope, it’s our promise, it’s our life. We should continually point people to the cross and the empty tomb, because it is there that the hope of life–eternal life–is rooted.

And when the rapture debate occurs, it’s not wrong to be serious about your biblical convictions. Go for it. Just remember to have a little fun with it–it’s not a matter of eternal life and death. 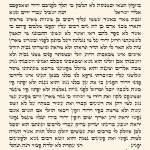 April 20, 2015
10 Ways to Understand Scripture in Light of Jesus
Next Post 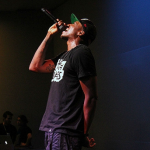 May 2, 2015 Why the Apostle Paul Would Listen to Lecrae
Recent Comments
0 | Leave a Comment
"Angels; whatever they are ...are from heaven , not of earth ... anything or anyone ..."
Stephaine A. Carter Biblical Sci-Fi? Aliens, Angels, and the ..."
"Thanks for this insight into John’s dig at Domition and Rome’s wannabe divines. Will you ..."
jeff q When the Book of Revelation Takes ..."
"Hello THeodore. Thank you for your comment. While I do not agree with all of ..."
walter lamphere What We Know about Arius and ..."
"Certainly no one here would equate obedience to the Lord Jesus Christ as "Legalism".................Right?"
WestWins The Sermon on the Mount and ..."
Browse Our Archives
get the latest from
Evangelical
Sign up for our newsletter
POPULAR AT PATHEOS Evangelical
1

Answering a Question about the Trinity:...
Roger E. Olson
Books by This Author Books by Brandon D. Smith