2 Ways Christians Should Think About Death

This sentiment is often used to comfort the loved ones of the deceased. It’s just the way it is, we say. It’s a part of life, we assure them. It is sad, yes, but we expected it. That old Grim Reaper comes for all of us.

The truth is, death is never easy. Even in the long, excruciating, expected death of a loved one, it still hits us like a truck. So we create coping mechanisms to comfort our souls. Prayer. Scripture. Community. Denial. Detachment. Some of these routes are good. Some can be destructive.

Death is inevitable. That is true. Yet instead of dealing with it head on, we often pump it full of sugar like a liter of Dr. Pepper. It tastes good doing down, but it’s not good for us in the long run.

If you Google “Bible verses about death,” you’ll run across countless articles about how Scripture comforts us when it comes to death. Scripture has much to say about death, but it’s not the blind comfort we sometimes seek. Here are two ways Christians should think about death.

1. Death Is Unnatural and Worth Mourning

Mankind was not created to die. We were created to live forever as God’s image-bearing, glory-unveiling agents on Earth. When Adam and Eve sinned, they were separated from God and the tree of life, introducing death to the human race (Gen. 3:22-24). Death is inevitable, but it’s not natural. It’s the most unnatural thing in the universe.

We shouldn’t be pie-in-the-sky about death. Even Jesus, upon hearing about the death of Lazarus, wept (John 11:35). He didn’t tell Mary and Martha, “Aw shucks. This is what happens.” Instead, he mourned with those who mourn (Rom. 12:15). Death is so unnatural, so heinous and disgusting, that Jesus himself died to eradicate death–in its physical and spiritual form–once and for all.

Yes we grieve, and it’s right and acceptable to do so. But we do not grieve like those without hope (1 Thess. 4:13). Death does not have the last word.

2. Death Does Not Have the Last Word

Paul told the Philippians, “For me, living is Christ and dying is gain” (Phil 1:21, HCSB). Because Christ sent death to the grave where life once laid, it no longer holds power over us. Death is inevitable, but through Christ, so is life. His resurrection leads to our resurrection (1 Cor. 15:21-22). Paul knew that if he lived, he would live for God’s glory. And if he died, he’d be with him for eternity.

God is a God of life. As soon as Adam and Eve sinned, he didn’t leave them for dead. Expulsion from the Garden was the consequence, death was inevitable, but in his grace, he still clothed them (Gen. 3:21). And as Genesis unfolds into the rest of Scripture, we see God working to make all things new.

One day, death will not be inevitable. It will be defeated once and for all. It will be thrown not into a hole in the ground, but into a lake of fire with its father, Satan. And through Christ, we will stand on New Heavens and New Earth with the tree of life, feasting on its life-giving leaves forever (Rev. 19-22). 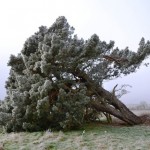 November 13, 2015
How Good Theology Helps Us Love God and Neighbor
Next Post 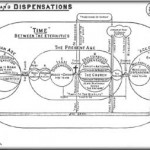 November 23, 2015 Eschatology and the Hope of the End
Recent Comments
0 | Leave a Comment
Browse Our Archives
Related posts from Church Grammar