Be a Part of Something Big

Be a Part of Something Big November 22, 2013 Bristol Palin 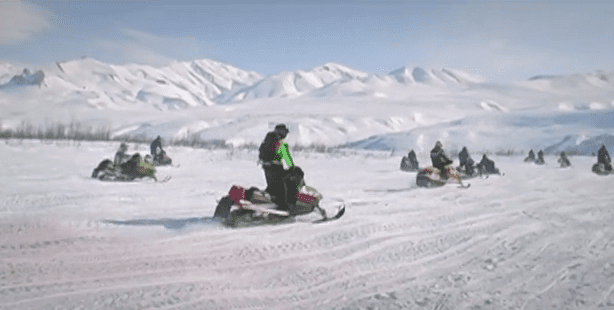 Check out this Alaskan project!! So proud of Joey Junker, and the guys working on this amazing project:

The Winter Project is a true story documentary about backcountry snowmachining in Alaska.  The story will stick to the roots of its origin as it will be as rigid as the backcountry it is being filmed in – featuring world class athletes, world class riding locations, created by a team of award winning filmmakers.  Winter Project will not only capture backcountry snowmachining, it will also pay special tribute to the Alaskan filmmakers who influenced the early days of this sport. This portion of the film will be told by featuring the pioneers from High Life Films (Turnagain Hard Core series) and Frontier Films (2 Stroke Cold Smoke series).

They really are so talented and work so hard, and this Winter Project would be unreal!!!

Want to be a part of this?  Now is your chance, because this ends on the 30th!

November 21, 2013
What’s Up with the New York Times’ Ethicist Using the R-Word as an Insult?
Next Post

November 22, 2013 Dad Takes Breathtaking Video of His Premature Son's 107 Days in the NICU
Recent Comments
2 Comments | Leave a Comment
"Charges ? ? ? That's Funny.... Bottom Feeder Down ..."
Rickey Douglas Love How Else Was ‘He Gonna Get ..."
"Her "belief" in this discount goes against our laws. That is why she was threatened ..."
Cvb Restaurant Stops “Prayer Discounts” after Atheists ..."
"I'm thinking you don't know any atheists either katepatate. Or at least don't realize you ..."
Cvb Restaurant Stops “Prayer Discounts” after Atheists ..."
"Wow. Sodomites and atheists . Interesting. Can we assume you are referring to gays? And ..."
Cvb Restaurant Stops “Prayer Discounts” after Atheists ..."
Browse Our Archives
get the latest from
Politics Red
Sign up for our newsletter
POPULAR AT PATHEOS Politics Red
1