Guess what would’ve happened if Hillary Clinton won the presidency? Nothing! Sure, Donald Trump supporters would’ve been in shock, and there would’ve been some anger, but they would get over it, get to work, and go about their day. The same can’t be said of the progressive crybabies that have flooded the streets in protest of the newly elected Republican president.

But if the media has anything to say about it, these protests are spontaneous, and the protesters are concerned citizens. Wrong! In every sense of the word, wrong! What they don’t want you to know is that these “random gatherings” are actually highly organized activism led by professionals within the Democratic Party and funded by the likes of billionaire leftist financier George Soros.

Take for instance USA Today. A recent article goes out of its way to describe the anti-Trumpers as people from “all walks of life” moved to participate in an “enormous outpouring of spontaneous energy and concern.”

Here’s what they don’t tell you: the “random” protesters featured in the article are professionals, and the outlet goes out of its way to suppress that information. ZeroHedge does a great job exposing this lie.

The first protester introduced in the article is Yong Jung Cho, described only as a 26-year-old citizen “who organized a candlelight vigil in front of the White House” and marched to Trump’s hotel on Pennsylvania Avenue. But who is Cho, really? Well, according to one of the John Podesta e-mails from WikiLeaks, she is a professional “350 Action Campaign Coordinator” who worked on Clinton’s campaign. Her profile at 350.org describes someone who has a ton of experience organizing protests for campaigns and environmental issues. But USA Today didn’t want you to know all of that!

Here’s Cho bragging on Twitter about her professional activism:

I protest and participate for my mom and sister and people I love #Election #America4allofus pic.twitter.com/msVYcivMW7

Then, there’s Phil Roeder, a concerned public school official in Des Moines, according to the paper, who cares for the well-being of students of color and wanted to speak for their silent voices by protesting. But who is Phil Roeder, really? A veteran left-wing activist once again discovered in a source the USA Today willingly ignored, Wikileaks. Roeder, as it turns out, is a “public relations professional” who has been organizing for Democratic campaigns starting back with Barack Obama in 2008. He, along with many other Democratic strategists, have also had private meetings with Obama and Hillary Clinton over the last decade. No! These aren’t just random concerned citizens being spontaneous. They are ground troops for the cause!

But USA Today couldn’t, or wouldn’t, dig far enough to find these protester’s true identities. Probably because the paper is listed in the WikiLeaks e-mails, too, as colluding with Clinton’s campaign. From ZeroHedge:

USA Today appears in the WikiLeaks, and not always in a capacity different from the activists. In this leaked email, the DNC schedule for an upcoming “earned media” campaign shows complete confidence that the editorial board of USA Today and other organizations will coordinate their schedules and their editorial priorities to suit the DNC.

Fancy that! Big Media is willfully ignoring the facts while pumping stories that benefits Democrats and hurts Republicans. And they say there’s no media bias. 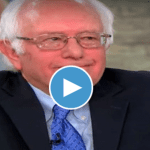 November 15, 2016
Bernie Sanders: The FBI is NOT why Hillary lost
Next Post 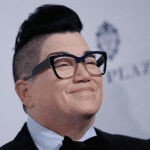 November 17, 2016 “Tolerant” actress on how to handle Republicans and Independents: Take them out with a baseball bat!
Browse Our Archives
Follow Us!