3 serious questions for the feminist movement (which is setting us back decades) January 23, 2017 Bristol Palin

Feminists say they are all about “strength,” yet they’re always playing victim – it’s embarrassing and it’s setting women back decades!

If today’s “feminists” only knew what real feminism is, maybe they could relax a little. Maybe be less angry; find a bit of joy in life. Feminism was founded by independent, hard working, capable women that were making a way in the world without whining, relying on government or anyone else.

A few serious questions for the feminists who marched last weekend:

1. What rights do we as American women not have?

We can’t vote? We can’t bear arms? We can’t go to school? We can’t work? We don’t have freedom of speech? We have every single opportunity in this great country that anyone else has. Wake me when you start marching in the Islamic countries that murder women for showing more than their eyes in public.

2. What are you trying to prove by dressing up like “pussies”?

I’m embarrassed to be a woman in a generation like this. As a middle class working mom – wife – and independent woman – this is completely asinine. I’m telling you, dressing like a giant vagina and holding signs that say things like “Do my periods scare you?” is doing NOTHING to help women, and a LOT to hurt them.

3.  What if the tables were turned?

Can you imagine if men dressed as giant dicks? Wore penis hats? And held signs like “don’t assume I cook?”  .. feminists would freak out and claim they’d been harassed, no doubt.

I can’t even believe the world we live in. My parents raised me to work hard, not to ever expect any handouts in life – and to treat people with respect – which is how I am raising my children.

Our generation is screaming for “tolerance and equality” and “love for all” while still mocking our President for things like his hair – and igniting violence from uninformed – out of touch – celebrities like Madonna (“I’ve thought about blowing up the White House”), and screaming that someone else MUST provide them “free birth control.”

Don’t you know any independent women capable of thriving outside of your “group think” and intolerant attitudes?

If you don’t want eight years of Trump, you might want to re-think your hysteria.  Normal Americans aren’t buying your whiny brand of “empowerment.” 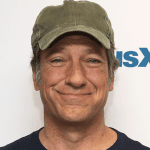 January 23, 2017
Mike Rowe was asked if everyone should get a college degree, and his answer was very refreshing
Next Post 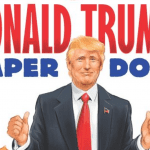 January 25, 2017 Smithsonian gift shop selling Trump and Clinton items. Guess who gets disrespected?
Browse Our Archives
get the latest from
Politics Red
Sign up for our newsletter
POPULAR AT PATHEOS Politics Red
1