School forces boys and girls to change in same locker room, advise them to act ‘natural’

Well, it didn’t take long for the transgender bathroom issue to give schools no reason to separate girls in boys from changing in the same locker room.

Check out this story from Fox News:

A teenage boy was told by school leaders that he had to “tolerate” undressing in front of a female student and to make it as “natural” as possible, according to a blockbuster lawsuit filed in a Pennsylvania federal district court.

Last Fall, the teen boy was standing in his underwear inside a locker room at Boyertown Area High School preparing to change for a physical education class.

“He suddenly realized there was a member of the opposite sex changing with him in the locker room, who was at the time, wearing nothing but shorts and a bra,” the lawsuit states.

The boy, along with several of his classmates reported the incident to Assistant Principal, named as a defendant.

The teenage boy asked the assistant principal if there was anything that could be done to protect him from the situation.

As the boy got up to leave the office, the assistant principal allegedly told the youngster to again “be as natural as possible.”

What? How could the parents of this boy OR this girl be okay with that?

The story goes on to say that parents weren’t even aware their children were allowed to change in front of each other. And get this: the boy was told saying anything about this again amounts to bullying someone who might be “gender fluid.”

The district told the boy’s family they had three options ONLY: change in the locker room with whatever gender is in there at the moment, go to the nurse’s office to change, or wihdraw and be home schooled.

Unbelievable! How about boys in this room and girls in that one? It’s worked out pretty well forever.

Like Fox News’s Todd Starnes states, this is a “radical sex and gender narrative being forced on every public school locker room in the nation” and “resistance to this perverse indoctrination seems to be futile.”

I hope the school district loses this case and everyone responsible loses their job. This insanity needs to end. 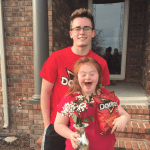 March 23, 2017
This girl just got asked to the prom in the most adorable way
Next Post 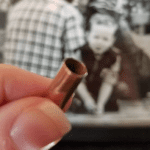 March 24, 2017 4-year-old brings an empty bullet shell to preschool. You won’t believe the overreaction
Browse Our Archives
get the latest from
Politics Red
Sign up for our newsletter
POPULAR AT PATHEOS Politics Red
1