Maybe the Dumbest Tweet Ever Written About the London Terror Attacks

After terror attacks, people can be forgiven for being overly emotional or sentimental.  But tweets like this one — by novelist Jodi Picoult — deserve to be mocked relentlessly: 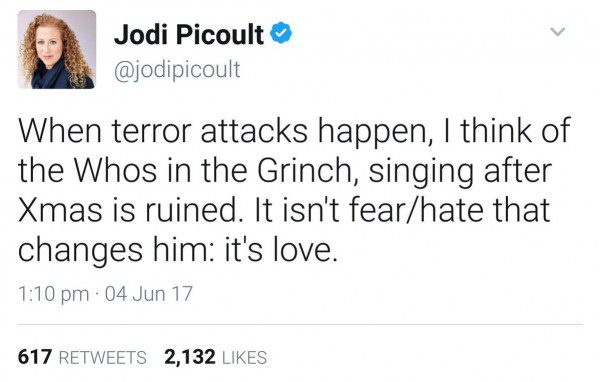 Here’s a tip: you are probably wrong if you are comparing ISIS to the Grinch who stole Christmas.  The writer, however, deleted her tweet after the backlash: 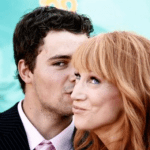 June 3, 2017
6 Reasons Kathy Griffin Isn't a Victim in the Eyes of a Palin
Next Post 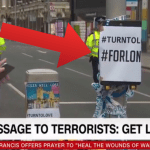 June 5, 2017 Looks Like CNN Just Got caught Staging a Muslim Demonstration Against Terror
Browse Our Archives
get the latest from
Politics Red
Sign up for our newsletter
Books by This Author Books by Bristol Palin